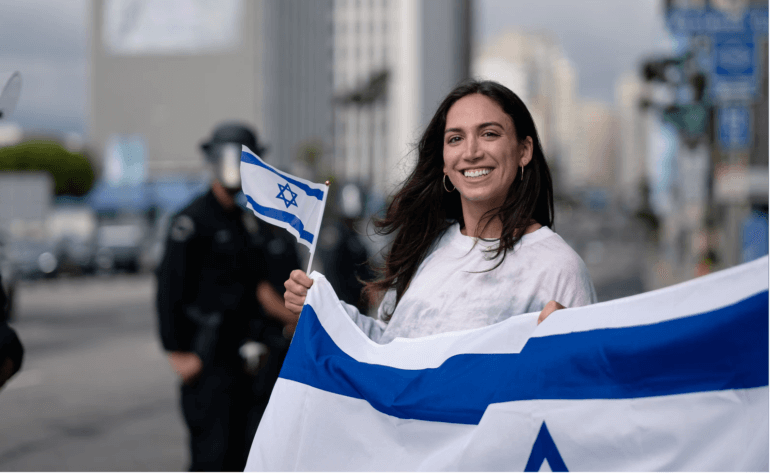 Last May, as Hamas was firing missiles into Israel with impunity and Israel was shooting down those missiles to keep their citizens from dying, the death count became uneven. Israel invests heavily in keeping her population safe, and Hamas, a terrorist organization, uses Palestinians as human shields. Even though Israel works hard to reduce casualties on the other side in these defensive wars (by firing warning shots and sending down pamphlets to warn innocent people to clear out), the numbers will be uneven.

A woman who used to watch my children posted a chart with the number of dead Israelis vs. dead Palestinians. “Look at these aggressors,” she exclaimed. “The death count is so uneven.” Not enough Jews had died compared to Palestinians, apparently. Her friends were all agreeing with her post, so I offered a possible solution. “I have two sisters, two brothers-in-law, and ten nieces and nephews who live in Israel,” I explained. “My daughter will be there next year. Admittedly the numbers are off, so if we offer up my family, who’s been taking cover in bomb shelters as missiles have been raining down in their neighborhoods, that could be fifteen more people for your dead Jew column.”

I continued, “The rest of my family hopes to move in Israel in the coming years, so that could be five more. I know it doesn’t solve the problem of totally, but hopefully it will make a dent.” Of course she found my response exasperating, but that’s exactly how I found the scenario she had set up and the implication of it all. What exactly did she expect us to do? What did she expect a population of nearly 7 million Jews to do except try to not die and try to stop a terrorist organization from killing us?

Some people think the solution to the conflict is for the Jews to just leave Israel. There are approximately 50 countries in the world with a Muslim majority and 22 Arab countries (it should be noted that none of these countries have many Jewish citizens, if any, at all). There is but 1 Jewish State on a tiny sliver of land, and much of the world doesn’t want us to have it. It is no coincidence that one small piece of land is considered too much for the Jews. We are, apparently, not supposed to take up space. (Parenthetically, I will note that whatever we can do to build bridges with those on the other side who seek to live in peace, of course we should do that. Additionally, anyone from the Jewish community who makes broad-sweeping generalizations calling out an entire community is guilty of the things we complain others do to us.)

I found myself in a social media debate with a Muslim woman last May as the violence in Israel was leading to violent attacks against Jews all over the world. What was her solution to the problem? “Jews should just go back to Poland,” she explained. “Go back to Eastern Europe, where you belong.” I told her that we are not indigenous to those places, we were merely expelled to them, and the last time we were there in large numbers, millions of our people were gassed and thrown into ovens. So that wasn’t really an option for us.

The more that violence against Jews increases around the world, the more it is painstakingly clear that we must have a homeland to return to.

I posted an image on social media last May of the Temple Mount. The meme asked how exactly Jews were considered the foreign invaders and colonizers if the Al-Aqsa Mosque was built on TOP of the ruins of the Jewish Temple. I explained that observant Jews face Jerusalem three times a day everyday and pray to return to our land. We pray for the same return every time we break bread. Once a year, on Tisha B’Av we fast, sit on the ground, cry and mourn for the land that we lost with the hopes of returning. We’ve been doing so for the 2000 years since our exile.

And what I realized is that all of these challenges are just what we need. We need to be told we that we should die, move to Poland and give up our land. We need to take these awful suggestions and use them to create enough fire in our bellies in order for us to do the exact opposite. Picking up a life and moving thousands of miles to another country is not an easy thing to do. 74 years after we established the Jewish state, and less than half of us are there. Let’s channel those wishes for our death and destruction and do what we do best: AM YISRAEL CHAI!

Orthodox Jews Who Served As US Supreme Court Clerks