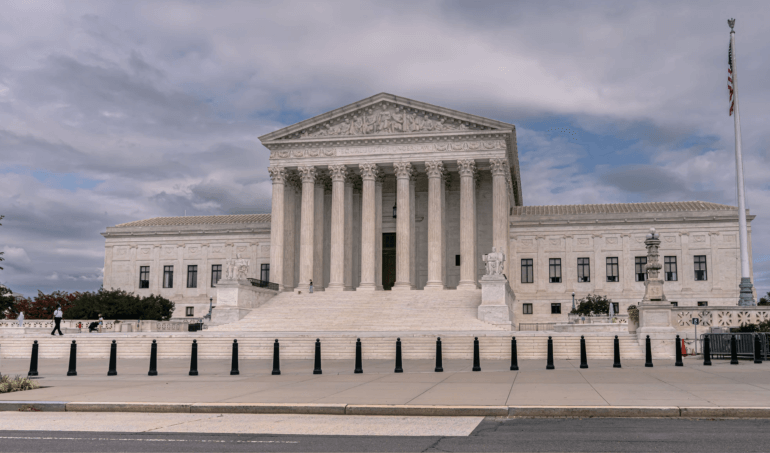 Orthodox Jews Who Served As US Supreme Court Clerks

The leak of Justice Samuel Alito’s draft majority opinion to overturn Roe v. Wade has the country in an uproar. Abortion has been one of the most divisive issues in modern America, but the classic Jewish approach to abortion is middle-ground: somewhere between the pro-life and pro-choice viewpoints espoused in the U.S. political sphere. There is no concept of abortion on demand in Jewish law, though until 40 days after conception, the embryo has a less of a status in Jewish law, which makes ending the pregnancy much less problematic. Fascinatingly, science tells us that an embryo becomes a fetus (and gets a heartbeat) at almost exactly the same time!

Orthodox Jews believe that there must be some access to abortion throughout the entire pregnancy, as the life of the mother, including serious physical and emotional harm, takes precedence over the life of the fetus. We have discussed the topic several times on this site, which you can see here and here, for a more in-depth analysis.

Depending on your political bent, you likely believe that whoever leaked the SCOTUS opinion is either a hero or a villain. Many are suggesting that it was a Supreme Court Law Clerk. While we don’t weigh in on political matters on this site, we saw this as an opportunity to highlight past law clerks of the U.S. Supreme Court who were raised as Orthodox Jews and continue to be so today. There have been no Orthodox Jewish US Supreme Court Justices thus far. Justice Benjamin Cardozo was raised in a traditional Sephardic Synagogue and Justice Elena Kagan’s mother was raised very religious and she had her bat mitzvah in an Orthodox shul.

From our research, there appear to be at least a dozen SCOTUS clerks who were raised Orthodox and continue to be to this day and even more, if you include baalei teshuva. Alan Dershowitz, who clerked for Justice Arthur Goldberg, was raised Orthodox but is no longer today. David Schizer, who clerked for Justice Ruth Bader Ginsburg and was the youngest dean at Columbia Law School is Orthodox today, but was not raised so. (Check out his All Star video here.)

It should be noted that the group below has diverse political affiliations, as being an Orthodox Jew does not pigeon-hole a person into a specific political group. Additionally, such an illustrious list confirms that someone can be raised and educated as a religious Jew and be qualified for the most prestigious professional positions. Ramaz alone has nine alumni who served as clerks to SCOTUS(!) though not all are Orthodox. It is also important to note that the justices were willing to accommodate Jewish observance. Scalia, Souter, and Ginsburg had the most shomer shabbos clerks from our accounting. 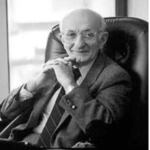 Louis Henkin: Born Eliezer Henkin in Belarus, Henkin and his family moved to the US in 1923; he learned how to read English by helping his father mail letters to rabbinic scholars across the country. He graduated from Yeshiva College and Harvard law school. After completing his military service in World War II (during which he negotiated the terms of surrender of a German unit, due to his fluency in Yiddish), he was a law clerk for Associate Justice Felix Frankfurter on SCOTUS in 1941. Frankfurter – also Jewish, but non-Orthodox – would hold his weekly conferences in his house on Saturdays; Henkin anecdotally would sleep on the Justice’s couch on Friday nights and would refrain from writing on Saturdays. Other highlights of Henkins career include working at the United Nations Bureau at the US Department of State, teaching about nuclear disarmament at Columbia University, and forming the prototype of Human Rights First (formerly known as Lawyers Committee for Human Rights). He was likely the first Orthodox Jew to serve as a Law Clerk for the U.S. Supreme Court. He passed away in 2010 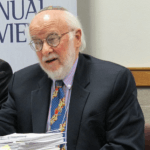 Nat Lewin: Having fled ahead of the Nazis in the 1930s, Lewin grew up in NYC and became a leading religious liberties expert. Born into a family of academics, legal experts, and community leaders, he graduated from Yeshiva University summa cum laude and Harvard Law School in 1960, where he was treasurer of the Harvard Law Review. Over his 45+ years in the legal circuit, Lewin has served as law clerk to Chief Judge J. Edward Lumbard of the US Court of Appeals for the Second Circuit and Associate Justice John M. Harlan on SCOTUS, presented oral arguments to the Supreme Court in 28 cases. Lewin told the Forward that he was, “pleasantly surprised when Harlan said at his initial interview that a Saturday Sabbath observance would not be a problem.” 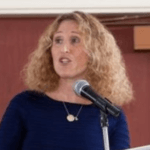 Rochelle Shoretz: Believed to be the first female Orthodox Jewish law clerk to SCOTUS (see her Orthodox Jewish All Stars clip here, where she explains that Justice Ruth Bader Ginsburg always made sure she left work on time on Fridays afternoons), Shoretz served under Justice Ruth Bader Ginsburg from 1998-1999. Prior to this, she was a speechwriter for David Dinkins. Shoretz graduated from Shulamith High School, Barnard College and Columbia Law School. Shortly after her work with SCOTUS, Shoretz was diagnosed with breast cancer, and founded Sharsheret, a nonprofit supporting Jewish women with breast and ovarian cancer. Shoretz passed away in 2015. At her Shiva, Shoretz’s father told Jew in the City founder, Allison Josephs, that Shoretz had put up a mezuzah in Justice Ginsburg’s Supreme Court Office while she was a clerk. 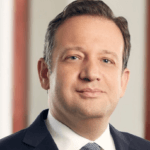 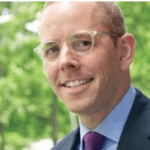 Samuel Rascoff: Rascoff (a past All Star) is an expert in national security law, and serves as faculty director of the Center on Law and Security at NYU Law School. Named a Carnegie Scholar in 2009, Rascoff came to the Law School from the New York City Police Department, where, as director of intelligence analysis, he created and led a team responsible for assessing the terrorist threat to the city. Rascoff’s publications include “Presidential Intelligence” (Harvard Law Review); “Counterterrorism and New Deterrence” (NYU Law Review); “Establishing Official Islam? The Law and Strategy of Counter-Radicalization” (Stanford Law Review); “Domesticating Intelligence” (Southern California Law Review), and “The Law of Homegrown (Counter-) Terrorism” (Texas Law Review). A graduate of Harvard summa cum laude, Oxford with first class honors, and Yale Law School, Rascoff previously served as a law clerk to US Supreme Court Justice David H. Souter and to Judge Pierre N. Leval of the US Court of Appeals for the Second Circuit. He was also a special assistant with the Coalition Provisional Authority in Iraq under Paul Bremer, and an associate at Wachtell, Lipton, Rosen & Katz. 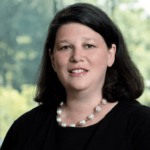 Sarah Levine: After graduating from Maimonides, Levine earned an A.B. from Harvard University magna cum laude, a JD from Yale University, and was a Rhodes Scholar in 1995. She clerked for Chief Judge Harry T. Edwards at the U.S. Court of Appeals and then for Justice David H. Souter, in 2002. She served as the assistant Chief Litigation Counsel, Senior Advisor and Counsel to Chairman of the SEC and then was appointed Special Assistant to the President and Associate White House Counsel from 2013-2015. In this role, she advised senior White House staff, including heads of the National Economic Council and Council of Economic Advisers, on financial and economic legal policy. After that, she was Deputy Assistant Attorney General, Federal Programs Branch, Civil Division, at the DOJ. Today she is a partner at Jones Day. 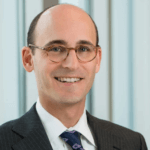 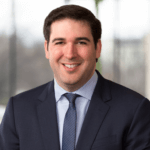 Yaakov Roth: A partner in the Issues & Appeals practice at Jones Day in Washington, DC Roth focuses on appellate advocacy and dispositive motions. A former clerk to U.S. Supreme Court Justice Antonin Scalia, Yaakov has represented clients in high-profile Supreme Court cases, argued multiple appeals in the federal Courts of Appeals, and prepared motions to dismiss and for summary judgment across a range of substantive areas. Although a generalist, Yaakov has developed a specialty in labor, employment, and ERISA matters, including a series of withdrawal liability arbitrations and litigations.  He graduated from York University in Toronto, Canada, in 2004, and earned his JD from Harvard Law School, summa cum laude, in 2007. 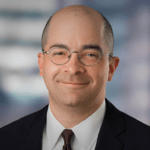 Michael Gerber: 2008 was a big year for Orthodox Jews to clerk for SCOTUS, because including Spinowitz and Roth (above) who clerked for Justice Scalia that year, Gerber clerked for Justice David H. Souter. He also clerked for Justice Pierre N. Leval of the U.S. Court of Appeals for the Second Circuit. Subsequently, he became a federal prosecutor for the SDNY, and has received several awards – including the Henry L. Stimson Medal from the New York City Bar Association, the Director’s Award for Superior Performance as an Assistant U.S. Attorney from the Department of Justice, and the True American Hero Award from the Federal Drug Agents Foundation. 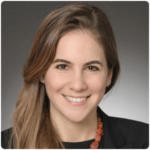 Danielle Sassoon: Sassoon is an Assistant U.S. Attorney for the Southern District of New York. Before joining S.D.N.Y., she was a litigation attorney at Kirkland & Ellis LLP and an adjunct professor at NYU Law School. She was a law clerk to Justice Antonin Scalia and Judge J. Harvie Wilkinson III. She received her JD from Yale Law School and her B.A. in History and Literature, magna cum laude, from Harvard College. In a Ramaz alumni event, she noted that studying talmud for hours every day in high school prepared her for a career in law. This appealed to Scalia’s approach to court, which Scalia had noted to Nat Lewin, that people who had a talmudic training had a head start.