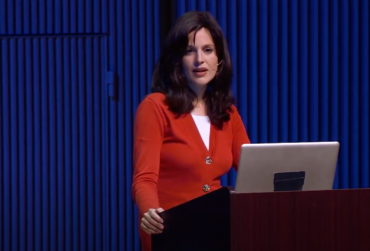 Witness The Magic Of The All Star Awards From Your Home

You’ve heard the fanfare of the Jew in the City All Star Awards, but never got to witness it yourself. For the first time ever, we are offering an HD streaming video of the 6th All Star Awards filmed at Lincoln Center’s iconic Alice Tully Hall last December. You and your family can experience the […]

Are you as hungry as we are to read some good news and be inspired? The media has always been biased against Orthodox Jews, but lately, the negative coverage seems constant. Now, more than ever, it’s time we showcase the incredible accomplishments of our community. Enter Jew in the City’s Orthodox Jewish All Stars! From Senator […]

The origins of the universe is a contentious debate between scientists and theologians, but theoretical biophysicist, Rabbi Dr. Jeremy England of Brookline, Massachusetts doesn’t believe it has to be. Currently a senior director in artificial intelligence at GlaxoSmithKline, a principal research scientist at Georgia Tech, and an ordained Orthodox rabbi, England developed a hypothesis during his […]

“We have so much more in common as human beings, than we are different from each other… Once you see that, through the power of music especially, you can bring people together and set an example. This was one of my goals. [To] encourage being Frum and encourage sticking to your values, staying true to […]

“I got an opportunity to [sing the Star-Spangled Banner at MLB] baseball games [through] Universal, and coming into such a place where you see tens of thousands of people, being who I am, the way I look, to just go onto the field and singing, there’s a moment there where everyone forgets who they are, […]