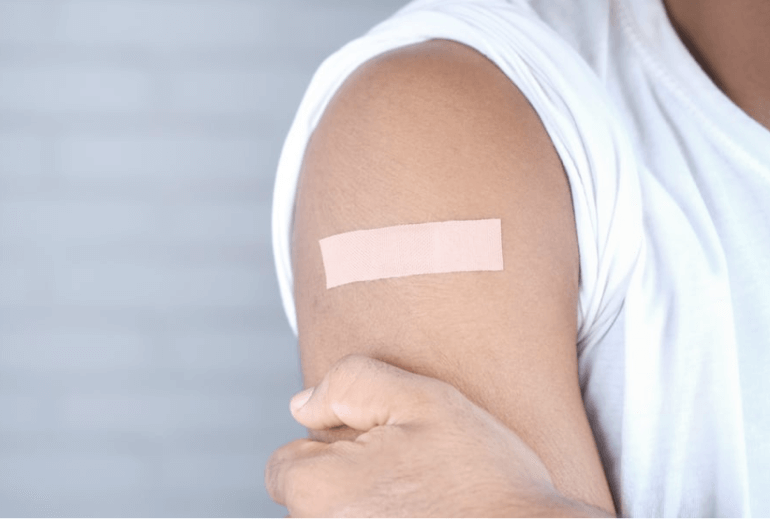 The Hareidi community has been in the news for not getting vaccinated for Covid. We know Jews value life, but what does it say about valuing the life of another and, if that is important, why aren’t more getting vaccinated?

Thanks for your question. Before I answer it, I want to discuss your assumption that “the Hareidi community” is not getting vaccinated.

Let’s say the news shows a group of bearded, black-hatted Jews who are not vaccinated. A non-Jew might say, “Those Jews!” A Reform Jew, who knows that his Jewish community is vaccinated, could respond, “It’s not all Jews, it’s just those Orthodox!” A modern Orthodox Jew, who is equally aware of his own community’s vaccination status, might reply, “It’s not all Orthodox Jews, it’s just those Chareidim!” So what does the Chareidi Jew say? Does he say, “Yup. It’s all of us” or does he look at the same news report and see an even more narrowly-defined sub-community? I suspect the latter. Based on my own anecdotal experience, I am personally aware of numerous “Chareidim” (i.e., “yeshivish” and Chasidish people) who are vaccinated. And the overwhelming majority of rabbinic authorities call for vaccination. So while there are definitely right-wing Jewish communities that are unvaccinated, I would hesitate to assume that it includes all such Jews.

Now, as for the gist of your question, Judaism absolutely requires that we protect our own health as well as that of others. Regarding ourselves, the Torah tells us to zealously protect our lives (Deuteronomy 4:15). Regarding others, it tells us not to stand idly by when others are in danger (Leviticus 19:16). The verse about saving others ends with, “I am Hashem” – if we don’t save others who are endangered, God knows whether we were truly unable or just not interested. So important is saving others that one who saves a single life is credited with saving an entire world! (Yerushalmi Sanhedrin 4:9)

There is some discussion among the poskim regarding how much one must endanger himself in the attempt to save another. Rav Ovadia Yosef zt”l ruled that if there’s a 50% chance of death (or greater), then one isn’t allowed to endanger himself but if the risk is less than this, then one is obligated to save another. (Yechava Daas 3:84) Now, I’m not saying that you should run into any burning buildings or jump into any raging rivers because of a second-hand opinion you saw quoted on the Internet. I am saying that there’s some degree of risk we undertake in order to save others.

A minor inconvenience like wearing a mask isn’t even a blip on the halachic radar. There’s no concept of “my rights vs. your safety” in Judaism. Even the minuscule risk posed by the vaccine is far below the cut-off limit for assumption of risk by any reasonable standard. If you ask me, I would advocate that everyone get vaccinated for the protection of themselves and others (with the exception of the relative handful of people with legitimate medical issues that preclude vaccination).

So why don’t some people get vaccinated? I have to be dan l’kaf zchus (i.e., judge others favorably) that they just don’t believe in it – they either think it doesn’t do anything or, more likely, they believe the vaccine to be harmful. [Editor’s note, there seems to be vaccine resistance in the Black and Haredi communities and a possible reason for this is that both communities have a recent memory of being tested on by their governments and therefore are less trusting of them.]

Clearly I disagree with them, as I assume most of our readers do, but experience tells me that at least some online comments will be anti-vaccine.

So Judaism does require us to protect our lives and those of others. I would assume that communities in which most people are unvaccinated are not ignoring that obligation, they believe that by opposing the vaccine they are adhering to it.

Once again, I’m going to state as unequivocally as possible that I disagree with such a position. As hard as I usually fight for people’s right to disagree, that doesn’t apply here. As the saying goes, “Everyone is entitled to their own opinions but not to their own facts.” Science supports vaccination; conspiracy theory opposes it.

In 1736, Benjamin Franklin’s four-year-old son died of smallpox. When rumors started circulating that the child had died from inoculation, Franklin wrote:

“In 1736 I lost one of my Sons, a fine Boy of 4 Years old, taken by the Small Pox in the common way. I long regretted that I had not given it to him by Inoculation, which I mention for the Sake of Parents, who omit that Operation on the Supposition that they should never forgive themselves if a Child died under it; my Example showing that the Regret may be the same either way, and that therefore the safer should be chosen.”

Our modern vaccinations are many orders of magnitude safer than 18 th -century inoculation. Covid vaccines don’t contain any live virus, so there’s no way to catch the disease from them. Yes, other side effects are possible but Rav Ovadia Yosef and Benjamin Franklin would both agree that the risks of the vaccine, which are remote, are better to face than the risks of the disease – better for ourselves, for others and, ultimately, for the world.