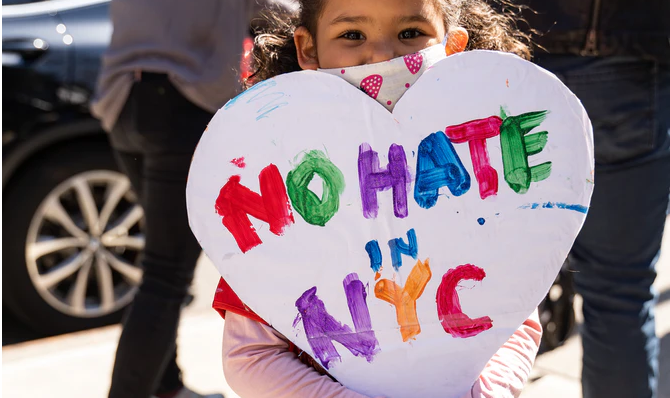 I just realized that if you want to be a passable Jew, you better de-Jewify.

If you want to be a Jew that is tolerated, you better not be too Jewish, for there is a harm in being too Jewish.

I’ve known for quite some time that the media and much of the secular world has little tolerance for religious Jews and our practices. It’s why I founded Jew in the City in 2007. It is nearly impossible to find content from a major outlet that does not belittle, degrade or display revulsion towards Orthodox Jews. The only “good” Orthodox Jew in media is the one who defies her traditions and escapes from the “tyranny” of her world.

Despite nearly every minority getting a fairer treatment from the media, from production companies working hard to get details right, to apologizing for and removing offensive episodes from TV series’ archives, for the Jewish community, the standard is always different. And by different, I mean worse.

Additionally, I’ve known for quite some time that Zionism is increasingly getting delegitimized in the world. To be a Zionist means, in some circles, that you are the oppressor, the colonizer, the supremacist, the baby-killer.

Nothing could be further from the truth: Zionism is merely the yearning of the Jew to be in his homeland after thousands of years of expulsions and annihilation from nearly every country Jews have ever lived in. We never gave up hope to return after 2000 years of torture. Who are non-Jews to tell us that it’s time to move on? What other people are told they can’t live in their historic homeland? On the contrary, for other minorities, governments bend over backwards to find ways to help make indigenous people whole.

As antisemitism rises around the world, very few people are standing with the Jews, despite the fact that so many Jews have proudly stood for the rights and dignity of other minorities. For those who are speaking out against antisemitism, there is a disgusting “purity test” being promoted now: Support for the Jews against “occupation” and only those Jews.

That’s right – if you’re the anti-Zionist Jew, you deserve protection. Some Jews are even reminding the world they are the “good Jew,” to ensure their safety. If you disavow the Jewish right to our homeland then you don’t deserve insults or scorns or getting beaten up for the crime of walking down the street. But if you’re the bad kind of Jew – well – there’s no saying what might happen.

So essentially what the world is telling us is that if we distance ourselves enough from our traditions and remove our desire for our homeland, we’ll be tolerable Jews. Jews who they’ll let stick around. For now.

It will also mean the end of Judaism.

This purity test fills me with so much passion to resist, and I would urge you to resist as well. They don’t like our traditions – go deeper into them, they don’t like our connection to our land – go more often and consider making Aliyah. Have more Jewish babies and teach them a love of their holy books, their heritage, and the land of Israel.

There is no other minority out there that is only passable when they strip themselves of their identity. It is total hypocrisy that we are treated this way and our only answer to this outrageous test is to fail it MISERABLY.