Your eyes did not deceive you, the latest contestant on American Ninja Warrior is an Orthodox Jewish woman! Not only that, but she is a crusader for women’s fitness of body, mind and spirit. Liba Yoffe is the founder of Spirit Fit Life, a program that helps women to live their best life through fitness, self-esteem and whole-life coaching.

Yoffe grew up in Far Rockaway, NY as the daughter of two baalei teshuva. She was raised Orthodox and attended Bais Yaakovs all her life and now lives in Phoenix, AZ. She founded Spirit Fit Life to help women reclaim power over their own bodies. “When I was a teenager, I was always active, it was something that was my outlet, it kept me out of trouble, it was a way for me to use all my energy in a positive light.” She never competed though or played on a team, but would rollerblade 4.5 miles to school, ride her bike, do gymnastics and more. “Anything I could get my hands on I would do.” While some of the Jewish schools have improved in girls’ fitness programs since her time in them, “there’s definitely more opportunity to have these things in our school system.” 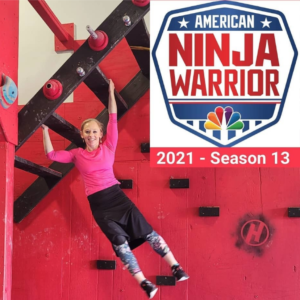 She started helping teenagers through outdoor adventure programs. After becoming a doula and a personal trainer, she learned more about what it means to help women and get them fit. “You can’t help someone fully unless you put their whole self into it. You can teach them exercise but then they go home. They have all these things they’re coming [in] with. Their self confidence, the way they talk to themselves. You’re not really empowering them. I knew there was something more.” Yoffe realized there were many women who were hungry to get high-level of support in all different areas. She now employs seven people who work with her to help women around the world.

Spirit Fit Life offers customized personal training programs catered around their lifestyle so that it’s manageable. An anti-diet nutrition program helps women to have a healthier relationship with food. The other key part of the program is the self-development mindset facet. “Self-talk, vulnerability, confidence, scheduling, sleep schedules…all aspects of your life. We have one-on-one coaching, workshops, retreats [and more].” The reason why it is called Spirit Fit Life is because it’s all your spirit, all your soul. You can’t connect in a healthy way to God if you’re not connected on a real level to yourself.” A depleted woman can’t give over a healthy connection to a Torah life, but if she is taking care of herself, she has the mental, emotional and physical capacity to do so. “If a mom is developed and happy and going after her passions, then the relationship that that mom has with Judaism is going to come over from a place of joy.” While everyone is on their own level Jewishly, the boost they get from this coaching helps them wherever they are.

On the road to American Ninja Warrior, Yoffe started out in powerlifting but couldn’t compete in a skirt. Seven months ago, someone found her on social media and suggested American Ninja Warrior. “I’m a risk taker, if you challenge me, I have to do it.” She looked up her local Ninja gym. She said, “this looks like so much fun and I want to be able to show other girls that they can do these types of [things] and maintain their level of values.”

She learned the rules of the course, how to not fall and reach the end. Out of 700,000 applicants, 400 people have been on the show. Being Orthodox gave her an edge. “It’s not just talent, it’s also story, so if you have a story, and you have the talent, [you have a great chance].” Yoffe told them, “I wanted to be the first Orthodox Jewish woman on that stage and in a skirt and a wig, dressed modestly, so that women and girls around the world can see it.” Yoffe’s own daughter has alopecia and Yoffe works hard to help her realize that she can be confident in who she is. Her daughter appeared in Yoffe’s segments on the show as well.

Yoffe’s training schedule was rigorous and while she had no exposure to competition (all of them were held on Saturdays), she tried her best despite this disadvantage. Despite being the only one competing in a skirt, she made the most of that too. “I was so proud.” People stopped and asked her, “What’s with the skirt? So many of them had never met an Orthodox Jew before. They thought it was so awesome and cool. I felt so proud to be able to represent like this, so that this would be how they would know what an Orthodox Jew is.” Yoffe’s competition fell out on Pesach, which was very complicated. “They were very accommodating.” She was supposed to arrive during first days and they moved everything around and had her compete from a different region to accommodate her. “They had kosher food, but it wasn’t for Pesach. There was nothing that didn’t remind me of who I am. Every single step of the way was complicated.” They even put her on a separate platform so that they could get her full skirt in every shot. Yoffe was proud that they wanted to highlight her observance.

Yoffe has been getting hugely positive feedback from the religious community. Women have told her that their daughters are following her progress with strong interest. “When you see someone that looks like you…[you see that] anything is possible. [You’ll say] ‘If this is possible, then what I want is possible too.'” Yoffe’s goal isn’t for herself, it is to keep inspiring others and create a world of strong women. “The more people see that…the more they are able to heal themselves and help themselves. It’s all connected.”