In light of NBC’s recent pulling of the controversial episode after misrepresenting Orthodox Judaism in their show “Nurses,” as an author and screenwriter, I suggested to Jew and the City that they follow the trends that have been created for other minority groups, like the THE BECHDEL TEST. THE BECHDEL TEST names the following three criteria to create a piece of content that is fair to women and then scores the production with one point for each question: (1) it has to have at least two women in it, who (2) who talk to each other, about (3) something besides a man.

Therefore, I’d like to propose what I will call THE JOSEPHS TEST: (which I have named after Jew in the City founder and director, Allison Josephs). This can be a quick checklist for creators and viewers of media of Orthodox Jewish narratives, themes and characters to see if a reasonable and accurate depiction has been created.

Consider the TV shows and movies you’ve seen and put them to THE JOSEPHS TEST. Let us know how they scored in the comments below. (With thanks to Aroma Writers for their contributions.) 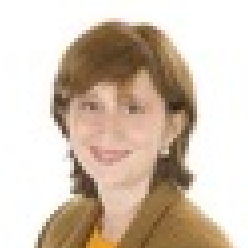