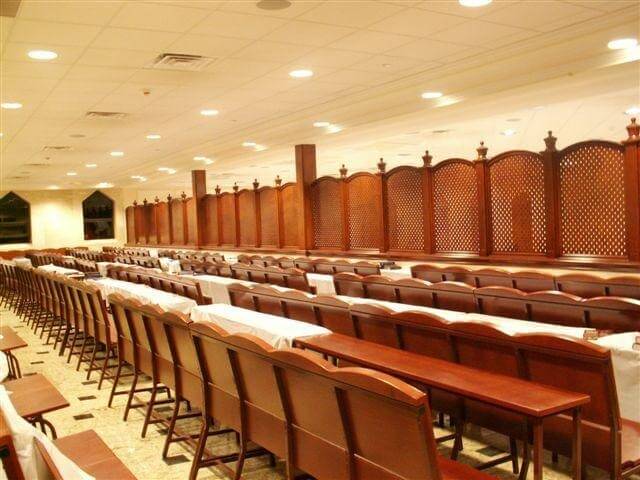 This week on Kveller, Lynn Levy penned an article about why she didn’t bring her young sons to her nephew’s bris in an Orthodox shul because it has a mechitzah. While Levy has begrudgingly gone to Orthodox shuls herself for the sake of peace in the family with her sister-in-law and brother-in-law, she decided that she couldn’t expose her young sons to the “toxic masculinity” the mechitzah would teach them.

As a lifelong feminist, and a Jew who was not raised in a shul with a mechitzah, I completely understand where Levy is coming from. The first time I saw a mechitzah was when I was almost 14 years old. It was my first trip to Israel and my family visited the Western Wall. I saw that barrier that divided the women from the men, and with all my might, I wanted to rip it down and scream, “I am woman, hear me roar!”

I was sure that the Orthodox patriarchy had it in for me. I was sure that they looked down on me and considered me subservient. But I had never actually met an Orthodox Jewish man at that point in my life, and I had certainly never lived as an Orthodox Jewish woman. But with my now 25 years of lived experience, I would like to explain why this lifestyle has not only made me feel honored as a woman but has taught all of my children to be on the side of women and to stand up for all decent people, for that matter.

But first I will address some of Levy’s concerns about the mechitzah itself. She writes, “I do not, and cannot, believe in exposing children to the poisonous lie that women do not belong in every temple seat.” While I hear the concern, that this could be a form of segregation, a la the racist kind we saw in the South, I don’t believe that’s what’s going on here for two reasons.

First, I’m sure Levy actually doesn’t believe that women belong in every seat in temple, because temples have men’s bathrooms. So we do have an idea of some spaces being separate for genders. The question is where is the line? There are actually some college campuses that have mixed gendered bathrooms, but many people would probably be highly uncomfortable with using a stall or a shower next to someone of the opposite gender and then getting dressed all together. Why? Because whether we like it or not, sexual feelings are a big part of the human experience (for men and women!) and sometimes, and in some instances, privacy or separation might be needed because of it.

What about her implied concern, that the separation exists because women are lesser? One thing to consider is that the Civil Rights Movement came about because black people and Jews (yes, Jews also faced systemic racism in the US) were fed up with being treated as second class citizens and fought for their rights to be integrated with white people, be it in on a bus, water fountain, or beach. Contrast that movement with the fact that there has never been a movement of Orthodox Jewish women fighting to sit in every seat in temple or to tear down the mechitzah, like I wanted to do when I was 14.

Of course, some Orthodox women leave the community to join egalitarian communities and a larger contingency have organized to bring more sensitivity to how women are treated within the system (because every community can improve). But the number of women actually defecting to egalitarian spaces are a drop in the bucket compared to the entire Orthodox Jewish female population. There is no groundswell of Orthodox women wanting mechitzahs gone because it’s not an issue to the vast majority of Orthodox women. Why is that? Keep reading.

As an aside, Levy notes that separating males and females doesn’t take the LGBT experience into account and she’s correct. Medical forms, locker rooms, and Jewish law generally deal with the majority experience. Which can, of course, not feel inclusive to everyone. No malice is intended in Judaism. It’s a matter of practicality. And experts on Jewish law can be consulted when dealing with the exception instead of the rule. But I hear and validate that on its face it may not feel inclusive, and that is unfortunate.

Levy’s next concern is the motivation behind the mechitzah. She’s afraid that the motivation is to prevent male gaze and that all the responsibility is on the woman. She doesn’t use any original sources – no judgment – just noting that original sources show us the actual foundation of this law, as opposed to a website or solitary modern rabbi’s opinion. The sources Levy brings relate to the visual issue of men seeing women and getting distracted, which is an opinion brought down in the Talmud, but not the most widely held reason. Though I will note, much of the media and marketing messages we are fed our entire lives exploit the fact that women’s bodies get male attention to sell us things. In fact, there is a systemic inequality in how males and females are instructed to dress according to secular messaging, called The Skin Gap. This is part of toxic masculinity, but because it is so insidious, no one notices. Closing the skin gap was an important part of my own empowerment and a message I am proud to raise my sons and daughters with.

The most accepted reasoning for mechitzas being used is brought down in the Talmud when discussing the water libation festival that occurred in the Holy Temple during the holiday of Sukkot.

Our rabbis taught: At first women were inside and men outside, but frivolity [kalut rosh] ensued. [The sages] enacted for the women to sit outside and the men inside. Still frivolity ensued. They enacted that the women sit above and the men below. How could they do this? Behold it is written “everything [of the Temple plans] is in writing from the hand of God upon me to understand” (Divrei Hayamim I 28:19). Rav said: They found a verse and expounded. “And the land mourned, each family to itself, the family of the house of David to itself, and their women to themselves” (Zecharya 12:12). They said: Are the matters not a kal va-chomer (a fortiori)? Just as in the time to come, when they are occupied with eulogy and the evil inclination has no power over them, the Torah said men to themselves and women to themselves, now that they are occupied with rejoicing [on Sukkot] and the evil inclination has power over them, how much more so [should they be separated]! Sukka 51b-52a

Here’s a powerful explanation of that piece of Talmud on Derechha:

The failure of the first configurations suggests that men and women were equally at fault. What is remarkable here is how our sages confront it. Rather than take the path of excluding women from the celebration, the sages repeatedly sought solutions that would ensure that everyone could continue to attend. In order to keep the celebration open to all parties, the sages were even prepared to make an adjustment to the Temple architecture, something typically prohibited, as a verse in Divrei Hayamim indicates that only God creates the Temple plans.

This explanation is the exact opposite of what Levy found in those modern solitary opinions. The issue is of why a mechitzah is used is to prevent lighthearted behavior during prayer, not male gaze, the responsibility is a shared one between men and women, and the rabbis bent over backwards to include women.

This passage of Gemara sums up in large part why I have felt so respected as an Orthodox woman. The leaders I turn to and communities I’ve been part of have always seen keeping male/female interactions appropriate as part of shared responsibility. There’s almost always a sensitivity to women feeling included in communal life and education and creative ways executed to do so.

Now, there are certainly challenging mitzvos and laws vis a vis genders that exist within a traditional Jewish framework, but I’ve found that it’s possible to raise Orthodox Jewish children with nuance and to be nonjudgmental.

And there are certainly extremists in the Orthodox community who need to be reined in and yes, of course there are misogynists as well. But mechitzahs and women not reading from the Torah are not the cause of misogyny. Men seeing women as objects to use and control – which can happen in ANY community – is where misogyny stems from. To see a fixture of practice (like prayer) central to Orthodox life as a cause of toxic masculinity is to condemn an entire segment of the Jewish community – a segment, mind you, that is the fastest growing one out there.

Levy clearly cares for her family and her delicious new baby nephew. I believe she will be delighted at what a mensch he will grow to be being raised in his Orthodox home. And since her sister and brother-in-law are religious Jews, there will likely be more brissim in the future. And I hope Levy will reconsider her position then! 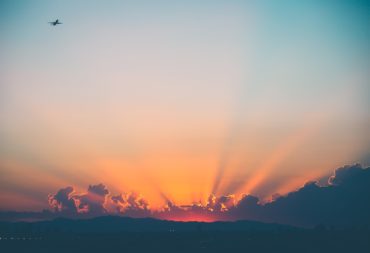 How I Really Learned What it Means to Be Religious 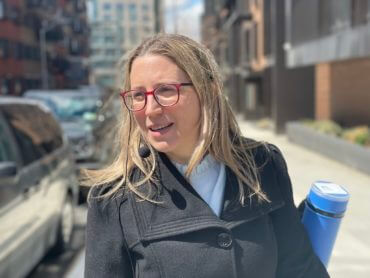 Child Abuse Is Prohibited But Why Isn’t It Mentioned In The Torah?