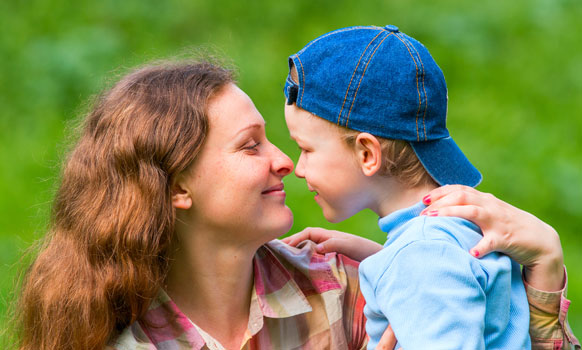 A few years ago, when my son (then 5) and my daughter (then 8) were playing “mitzvah pirates” – a game they invented where they sailed the seven seas in order to help people  –  my son took one look at my daughter and told her, “Girls can’t be pirates.” (In his world of “pirates,” there had never been a female one.) “Nuh uh,” my daughter barked back, “girls can do whatever they want.”

A smile spread across my face as I listened from the next room. I was delighted to see that although I had chosen an Orthodox life, which I had grown up to believe was full of misogyny, my daughter was being raised to believe that the sky was the limit in terms of what she could accomplish. Furthermore, she had the confidence to disagree with anyone who said otherwise. My son had gotten his pirate idea from a secular source and was being corrected by his Orthodox sister.

The synagogue – the major area where the differences between genders occur in Orthodoxy – is a space my sons (8 and 6) have hardly spent time in. They generally stay home and play on Shabbos mornings, and when they do go, it’s usually to “groups,” where praying is done in a playroom.

That’s not to say that there are no other difficulties in gender (outside of prayer) in the Torah that will come up as they get older and that’s not to say that every Orthodox community or household looks like mine. As of now, though, nothing in their Jewish world: their father’s example and the rest of the Orthodox men they interact with, show them anything but high regard for women.

And yet, I make a concerted effort to teach them to respect women. Why? Because of the negative secular influences that trickle in. Like the time during the “Minions” movie preview we saw in the theater, where the minion was in a hot tub with two fire hydrants (one around each arm), and my kids began to nudge me to let them see the movie.

“What was wrong with it?” he asked. He was six at the time. “What did those “fire hydrants” represent?” I asked him. He explained that they were girlfriends. “Exactly,” I said, “and I don’t want you, your brother or your sisters to think it’s acceptable for a boy to have two girlfriends.” (I can’t tell you how disgusted I am that in our modern times, even though we are FAR removed from the era of “harems” that popular TV shows and movies more and more often feature one man and his gaggle of women to service him. How on earth is this respectful to women? The Torah’s standard – as laid out in the Garden of Eden by Adam and Eve – is one man and one woman becoming one flesh because a woman is supposed to be her husband’s one and only.)*

A few months later, “Alvin and the Chipmunks” was playing in our car on a road trip. I was driving, but from the front seat I heard a chipmunk make a growl sound at a woman in the movie and comment “She’s hot!” Not a moment later, a sexual innuendo about the chamber maid was made. “Shut it off,” I told my kids. “What, why, Mommy?” they asked. “Because I’m sick of every joke being about a woman’s looks and how hot she is,” I explained. “They don’t talk that way about the guys in the film. Women are more than their looks!”

A year later, my son told me that while at a friend’s house, playing on his i-Pad, a naked women volley ball game popped up as a preview. (After reminding him that this is the reason we have filters and telling his friend’s mom what happened) I explained to my son that unfortunately a lot of people in our society use women’s bodies as lure. To get you to look at something or buy something. While there is a time and a place to appreciate the physical, women deserve to be treated better than being reduced to the physical. They should be considered for their minds, personalities, and character.

I wasn’t sure how much of my lessons he was following – I had never raised a son until he came around. But then a few months later, when he was all of seven, he was out with my husband and a big billboard of a half naked woman (advertising some product) was right in front of them, and on his own, my son told my husband, “I don’t know why anyone would ever want to look at a picture like that.” He then thought for a moment, smiled, “Well maybe one day I would, but anyway it’s not a nice thing to do to girls. To show their bodies off in order to get people to buy stuff.”

My husband shared the story with me as soon as he came home, and a smile spread across my face.

*Polygamy was an allowance for a world where women couldn’t survive without a husband. Basically every instance of polygamy in the Torah ends badly. The rabbis prohibited it as soon as it wasn’t necessary and you see almost no rabbis in the Talmud take more than one wife.