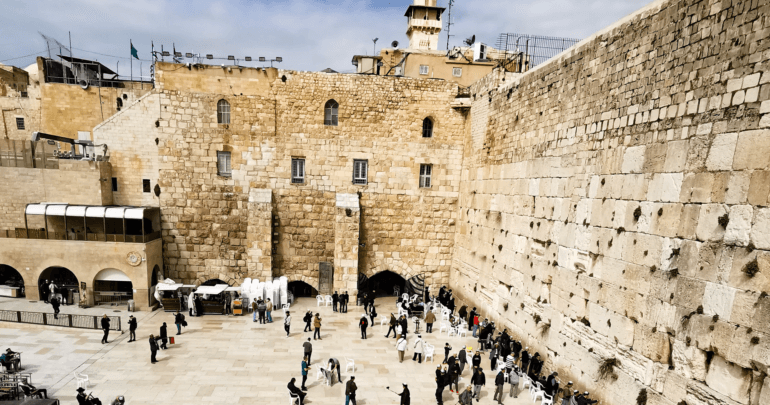 Orthodox Jews Need To Rein In Their Extremists

My family didn’t know any Orthodox Jews personally was I was growing up, but we knew “of” them. They were “extreme,” “closed-minded,” and “chauvinistic.” Then, when I was 16, I met some for the first time up close, and something surprising happened.

These people were educated, open-minded, and kind. The women were empowered and the men had tremendous respect for women. Sure, they lived with some restrictions and followed ancient traditions that didn’t always jive with modern mores, but they did so as thinking, compassionate individuals looking to live meaningful lives. To be able enjoy many pleasures of the physical world, yet have the chance to develop myself spiritually, was very appealing. My first introduction to actual Orthodox Jews made a big impact on my life. Soon afterward, I began to learn and take on observances slowly, much to the chagrin of my family and friends.

They warned me that I’d be forced to have 10 children (I have 4) and that my husband would subjugate me (my born and bred Orthodox husband is a bigger feminist than I am). But one family I was friends with went one step further. I didn’t realize it at the time, but looking back it would be fair to say that they staged an intervention for me. They invited me over, told me I could be an observant Jew without becoming….ORTHODOX, and then warned me that if I ever became Orthodox I’d become a “rock thrower.”

I laughed it off because it was so preposterous. I was so sad that their minds were so closed. Then I repeated this story over and over again throughout the years in order to demonstrate how small-minded and judgmental some people can be towards the Orthodox Jewish community. Throwing a rock is a disgusting, egregious thing to do to anyone, unless you need to defend yourself against an attacker. Every Orthodox Jew I’ve ever associated with feels the same way.

I spent time learning in Israel during college as I was growing in my knowledge and observance. I studied in various schools along the way for baalei teshuvah, and in one particular school, one of the head rabbis defended rock throwing. He used a piece of Jewish law – the first sif (section) of the Mishna Berurah – which says we’re supposed to “argue with heretics,” to defend rock-throwing at fellow Jews at the Western Wall.

My classmates just sat there silently, taking notes. I raised my hand in protest. “Rabbi!, I exclaimed, “That’s NOT what the Mishna Berurah means! ‘Arguing’ with a heretic (as an aside, there are hardly any people who qualify as actual heretics in today’s world as one must be extremely learned first) does not mean to physically assault him! It means to invite him over, get know him, and engage him in a debate.”

The teacher did not back down. “If someone ripped your crying baby out of your arms, would you not throw rocks to get him back?” he asked.

“No,” I retorted, “first off, I might kill my child doing that, and second – your example has nothing to do with what this topic is.”

Shortly after this class, I left the school, and thankfully this teacher was removed. But not till many years later and he had already been there for ages.

I don’t know how many rock-throwing supporters he inspired or how many people he turned off to Orthodox Judaism with his disgusting philosophy. But I do know this: his existence, for many years in a position of leadership in a prominent school, gave that family that I laughed off as “closed-minded” justification to think the way they did. And when I considered this recently, I felt ill.

Because while any normal, thinking Orthodox Jew would tell you that rock throwing is unacceptable and abhorrent, a leader who held this (and probably other disturbing views) was allowed to flourish and spread his “teachings” to an impressionable group of students for years and years.

Orthodox Jews should not be known for this awful thing, but if we want the association to cease to exist, we must first be sure to distance ourselves from and delegitimize people who preach such things.

Only in Israel: You Won't Believe These Stories of Divine Providence!