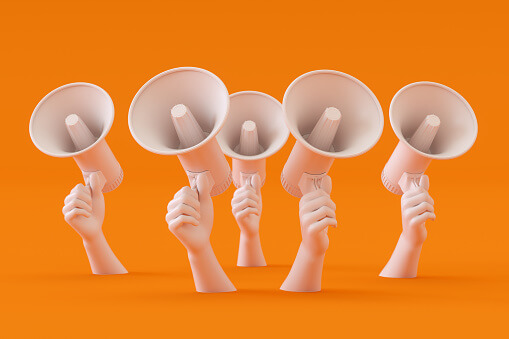 Orthodox Judaism is backwards. Antisemitism isn’t that big of a deal. Jews aren’t a minority. These are just some of the things the secular media guides me to say almost every time I’m approached for a story.

Over the years, because of this, I’ve become extremely hesitant to work with them, even if they promised to promote my brand. My name is Elisheva Rishon, I’m a Black and Jewish woman with a social media presence. I have a brand where I sell clothing with empowering messages about Judaism and highlight being a proud Jewish and Black woman through my work. I often blog about modest fashion and makeup, showing that covering up doesn’t have to be ugly — it can actually be fun, and fashion-forward.

All of that said, often, a media outlet will approach me because I’m a Black Orthodox Jew. With the exception of three very wonderful encounters, they unfortunately weren’t forthcoming with their true intentions. They would claim that they wanted to primarily discuss my brand or my thoughts on modest fashion. But once the interviews began, they barely asked me anything on these subjects. They intentionally misled me.

Those interviews wouldn’t come to fruition when I refused to give them the story they really wanted. They wanted me to express the sentiments above about how oppressive Orthodox Judaism is. I recall one time I criticized how social justice movements don’t address anti-Jew hatred and the interviewer gasped and actually said: “That’s so controversial, I don’t know if they will like that!” This is why the non-Jewish media doesn’t always pass the vibe check.

In my experience with the media directly and in reading, I’ve come to learn that many non-Jewish media outlets I’ve been in contact with:

Orthodox Jews are demonized, fetishized, othered & overgeneralized daily. Our portrayal in the media matters because when we are shown in an unflattering light consistently, it dehumanizes us, increases hateful rhetoric, and encourages assaults against members of our community.

Perhaps there is an unconscious bias within the media that pushes them to portray the Orthodox community without the proper nuance, sensitivity & appreciation for its culture. The damaging consequences that occur from that need to be stopped. Most people today get their world views from that media — views that are then blasted on social media — and it becomes the norm.

That means if anti-Jew hatred & anti-Semitic narratives are overwhelmingly present on all media platforms, people in the world will view Jews the way the media tells them to. This is especially true when it comes to the largely unknown culture of Orthodox Jews.

The non-Jewish media seems to believe that Orthodox women aren’t empowered, are always oppressed and the community keeps to itself because they hate non-Jews.

These days, the greater population is urged to address those of different cultures, genders and religions with nuance, sensitivity and respect. Why is the same courtesy not extended to Orthodox Jews?

Additionally, the non-Jewish media incorrectly perceives Jews as lacking diversity and not having a history of being discriminated against for hundreds of years. Even when I referenced the experiences of Jews from Africa, the Middle East, etc., those soundbites & paragraphs were removed. I realized that these simple truths conflicted with false narratives, including that of “Jewish supremacy”.

These beliefs are pushed harder when Orthodox Jews speak on the discrimination they face. Being Orthodox typically means dressing in a way that is “visibly Jewish” making it impossible to blend into American society undetected. Whenever rhetoric is spread against all Jews, Orthodox Jews are the first ones targeted.

I want to reiterate that I know issues exist within the Orthodox community. But these issues do not define the entire community. They are problems occurring within specific people and their stories and do not represent the entire religion and culture as a whole. They are the same issues that unfortunately occur in many other ethnic or racial communities. Unfortunately, when it comes to Orthodox Jews, they are the only narrative people seem to remember.

The non-Jewish media needs to realize that there are different types of Orthodox Jewish communities. So many. We are not all the same as each other and we are not so different from humans in other cultures. We love, laugh, cry & bleed like every other human does. We are human and have feelings, emotions and pain just like anyone else. We deserve respect just like other minorities do. I hope that the general media will finally learn how to hold space for Orthodox Jews, depicting us realistically & with the proper nuance.

Elisheva is an Orthodox Jewish American woman who was born & raised in the Orthodox Jewish communities of Brooklyn. She founded Eli7 Designs, a cultural empowerment apparel brand. She is an artist, a writer, a fashion designer & a speaker. She frequently discusses Anti-Jew Hatred, Anti Black Racism, Orthodox Judaism, Colorism & Modest Fashion.