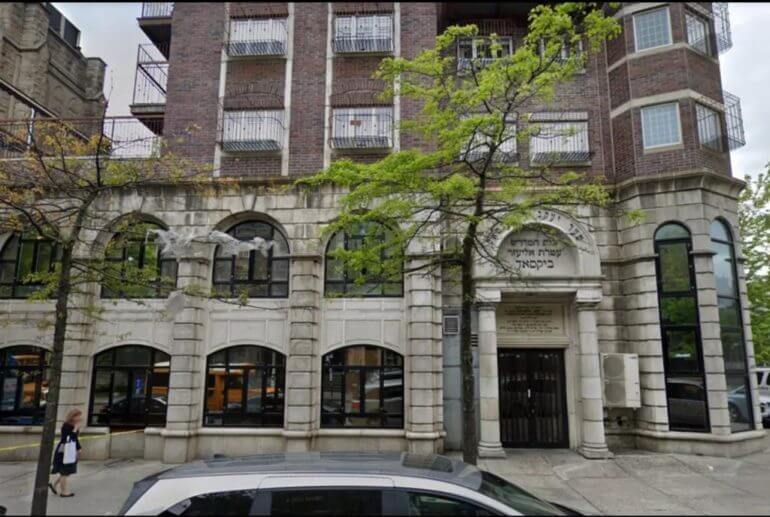 I get a New York Times alert as I turn on my phone after Shabbat and my stomach drops, immediately thinking the worst. Normally, I’m escorted out of Shabbat with a new sense of calm. I just spent 25 hours away from my phone. Instead of being constantly plugged in, I re-ignited my connection with G-d, my family and friends. Now, that calm I’m left with is enmeshed with terror as I re-enter “the real world.” Was a synagogue attacked? Did another shooting happen? What antisemitic incident occurred on Friday? Did someone get spit on or punched while walking to shul — or worse?

I know I’m not alone in being fed up with the state of America right now. How many people have to die in order for change to occur? How much greater will the fear get as time passes? Will the anxiety I feel every time I send my child to school or camp, go to a wedding, head to the grocery store or go to a shopping mall ever subside? Or will it only get worse?

While I know this fear isn’t exclusive to me, and it’s not exclusive to the Jewish people as other races, religions and random civilians are also being constantly attacked — the fact that anti-semitic incidents are rising daily doesn’t help.

On Friday, a burglar busted into a Brooklyn orthodox girls school. Over Shabbat, the San Antonio Jewish community was told to stay home from synagogue due to a potential threat. At least they were warned, I think. But then that’s counteracted by the anger that this is constantly occurring with this being yet another incident. It feels like whack-a-mole and you don’t know what or who is coming next.

One of our writers just wrote that she was discriminated against in a Walmart last week and the next day was yelled at to go back to the gas chambers. It’s not a question of if more antisemitism is coming — it’s when, how much more often and what it will look like.

According to the Anti-Defamation League, there were more antisemitic incidents reported in 2021 than ever before (since the organization started tracking in 1979). Also important to note is that these are just the reported ones. The incidents mentioned above that our writer experienced were never even told to authorities. How many of those go unspoken about every day?

If you’re reading this and you’re Jewish, know that we are in it together and we can fight this. If you’re not Jewish, or you are but afraid, speak up. Stand up for us like you do for every other minority and cause. We are not safe, we are indeed a minority and we need support.

When I started writing this, I felt helpless, despondent. Then, in a moment that seemed like clear Divine intervention, I received a voice note from a friend talking about how inspired she was by the Jewish people — how many Tehillim (psalm) groups there are, challah bakes, bikur cholim (visiting the sick) trips, chesed (kindness) projects and more. My internal narrative changed. It was the exact message I needed at the moment, and the one I choose to share here.

The Jewish people are incredible. While not without flaws, there is incredible kindness, love and action happening every day. We are going to bring redemption and change the world for the better because we won’t take no for an answer. Even though there is pain, suffering and evil in this world, there is also so much good. We shouldn’t ignore the issues in our world, but we can actively choose to focus on seeing things that are pure too. We should re-energize ourselves with that. They exist. The only thing that can overtake the darkness is more light. So, while I’m sure I’ll still have moments of despair, right now, I’m choosing hope. I’m putting my faith in G-d and also, in us.

No, Anne Frank Did Not Have White Privilege: Here's How To Combat Lies Like These