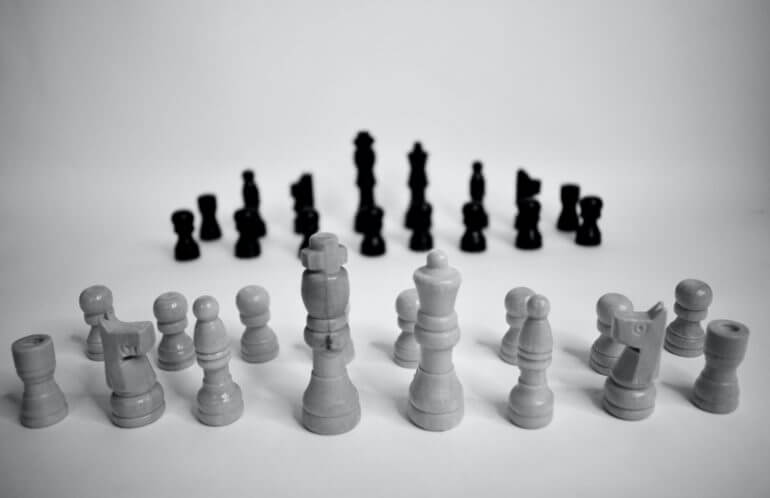 “How to say you don’t love your baby without saying it,” a commenter posted on an influencer’s recent reel supporting abortion rights. Between the news of the Supreme Court overturning Roe V. Wade and major gun control issues in America, there are strong opinions flying about. Tensions are really high between the right and the left and these days and it’s hard to find middle ground.

The question becomes: How do we disagree with people when the issues at stake are so important and sensitive? Is there a way to disagree yet still have peace?

We can find a clue to that answer in a recent Torah portion in the story of Korach’s fight with Moses. After Moses had brought the tablets down to the Jews, Korach challenged Moses and his right to be leader of the Jewish people. It was an important moment in Jewish history. Moses had been pivotal in giving the Torah to the Jews. If Korach was right and Moses did not have the right to be leader of the Jews, it didn’t just call into question Moses – it called into question the truth of the Torah! It was important to find out who was right in this argument. Even though Moses was right — as he would later prove — and knew it, he still went to initiate peace. In this, we learn that it’s not enough to just hold back from a fight. Rather, we have to actively try and create peace even when someone is against us.

We can bring this story into our real lives by homing in on that value of peace in Judaism. When someone disagrees with something they feel so passionately about, it’s easy to get heated and have it ruin the entire relationship. So often these days, political fights become personal and relationships fall apart. The thing is, so many are quick to judge the other person without really hearing everything they have to say.

In practical terms, how can we get to a place where we don’t let our disagreements about important values affect our relationship with the other person? Pirkei Avot, ethics of the fathers (1:6) advises us to judge all people favorably, after all we never really know what struggles someone is dealing with, so it wouldn’t be a fair judgement anyway. But the advice goes deeper than that. Translated literally it can be understood as telling us to judge the whole person. When you zoom out from just focusing on the issue that divides the two of you and look at the entirety of the person, you can see other parts of them that are good. All of us have strengths and challenges.

When it comes to the pro-life vs pro-choice debate for example, people are often highly opinionated because the values are important. Yet on both sides of the debate, there are often places where both sides can agree — everyone wants the mother to be healthy and survive. If we focused on the things that brought us together versus the things that tore us apart, we would probably be more productive.

It may sound beyond possibility, but there is a great story that proves otherwise. Rav Baruch Ber Leibowitz was the head of a yeshiva and he believed strongly that students that spent their whole day studying Torah did not need to devote a set time to studying mussar – the study of Torah that is dedicated to self-improvement. The Alter disagreed with him so vehemently that he left the yeshiva and set up another yeshiva where the students set aside a set time to study mussar. This was an issue that was of paramount importance to both rabbis. It cut into the core of their life’s work.

Now, I don’t know if you have ever witnessed situations where one person leaves an organization and sets up a rival organization — I have and it’s not pretty. It usually involves people falling out with each other. Yet, sometime after that, Rav Baruch Ber took one of the Alter’s closest students as his son-in-law. He was able to see past their disagreement and not let it affect their relationship. His daughter got married out of it.

Personally, I was once working on an important communal project with a team of dedicated people. As we discussed how to implement the project, at times there were deeply divided opinions that threatened to disrupt the team and jeopardize the project. What helped bring us back to together again was zooming out. We realized that because we all cared so deeply about the project, we all wanted to carry it out in the best way. It was a commonality which led to the strong opinions that threatened to pull us apart. When we were able to focus on the dedication that we all had towards the project instead, we were able to bring the project together despite our different opinions.

Everyone has good. If you can’t find the good in them, then you haven’t looked hard enough! When we zoom out and look at the whole person it’s easier to focus on the relationship, to judge them favorably and not to let the issue disrupt our relationship.