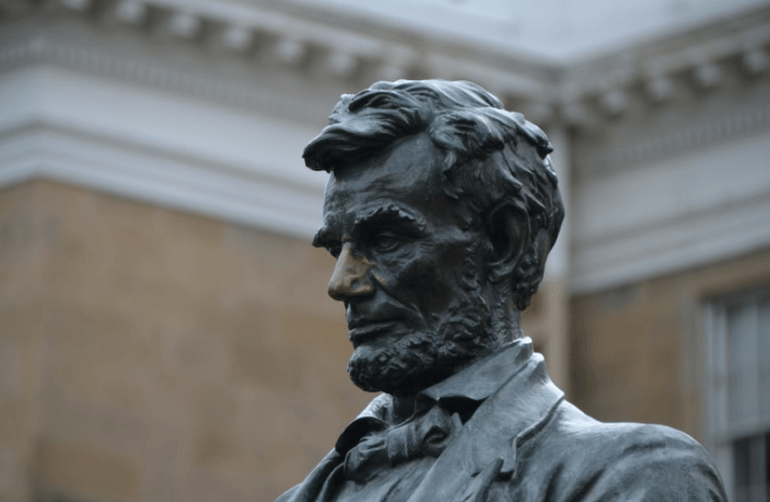 Abraham Lincoln is often remembered as the president that ended slavery in the United States and is lesser known for his kindness towards Jews and the friendships he forged with them. Lincoln’s senate portrait was taken by a Jewish photographer, and he supported Jews in their endeavor to work as army chaplains and military officers. One of Lincoln’s close friends was an Orthodox Jew, Abraham Jonas.

Jonas and Lincoln most likely met while Jonas was serving in the legislature in Springfield, Maryland. Jonas and Lincoln were in the Whig party and the Republican party together. Jonas also encouraged Lincoln to run for president of the United States. When Lincoln became president, he appointed Jonas as the postmaster (manger of centralized mail) for Quincy in 1861.

Jonas created a strong presence for himself as the first permanent Jewish resident in Quincy, Illinois. He became a member of the Illinois and Kentucky state legislatures, he was a lawyer, and he helped establish an Orthodox synagogue, Congregation B’nai Abraham. Jonas was also seen as a great orator, and he was elected as Grand Orator of the Grand Lodge of Illinois in 1843.

Jonas was married to Louisa and together they had seven children, six sons and one daughter. All of his sons fought in the Civil War, fighting on opposing sides. During Jonas’ last days, Lincoln personally ordered the release of his son, Charles, so that he could be by his father’s side.

According to some historians, Lincoln was heard talking to his wife about his aspiration to visit Israel right before he was assassinated. The Jewish people in America recognized how great of a friend Lincoln was to them and around 7,000 Jews attend his funeral. There were also many Jewish services held in honor of Lincoln.

What Not To Wear: The Mayim Bialik Episode