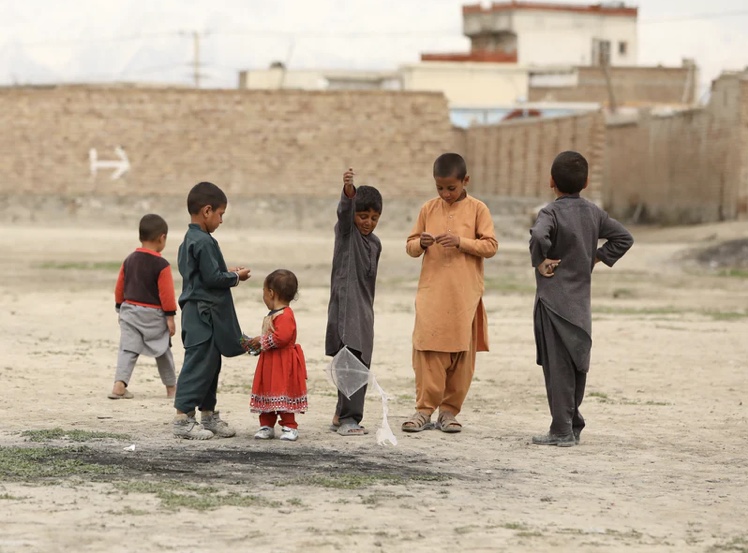 An anonymous US-based group of Orthodox Jews is funding work to get those in grave danger out of Afghanistan.

Rabbi Mayer Zarchi, head of the Jewish Health Organization, represents the benefactors who have contributed millions of dollars to help as many individuals as they can reach freedom and safety. “[They] believe you serve God by serving one another,” he shared.

Team Themis, an organization based in Chicago, is dedicated to getting endangered and abused people out of Afghanistan. The team is run by Mary Bell, a Navy special-operations support veteran and Sarah Lange, a civil rights advocate.

They get victims out of the country either through private jet flights arranged carefully with cooperation from Afghan officials, commercial flights, passage on foot to Pakistan through the Torkham border and unsanctioned border crossings.

Recently, the team helped 27-year-old event manager, Maryam, who was walking on the streets of her home province, north of Kabul, to a market. When she was outside of the market, a car pulled up and Taliban men dragged her inside. “They took me to a house and began touching my body,” she said. She was wearing a hijab at the time and completely covered in fabric except for her eyes.

She thought she was about to be raped. Instead, one of the attackers reached for a bowl of boiling hot water and threw it on her which burned her skin. They said if she told anyone, they would kill her and her entire family.

Once Maryam removed her clothing, her skin ripped and she had second and third-degree burns on her body. She couldn’t see a doctor because of where they were located. “They were on her legs and close to her private area,” her sister, Ramina, 26, said. “There are no female burn specialists in Afghanistan.”

Team Themis got the girls out of Afghanistan and into Pakistan and are currently awaiting arrangements for passage to Spain. Themis alsogot Maryam a hospital bed for her room and treatment by burn specialists in Islamabad and Israel. A psychologist is also helping her overcome the trauma she went through.

Lange explained the donors are working with Themis to help as many people as they can. “The benefactors see strong analogies to their ancestors in the Holocaust…they’re feeling a call from God to save as many human lives as possible.”

For more on this, visit nypost.com.