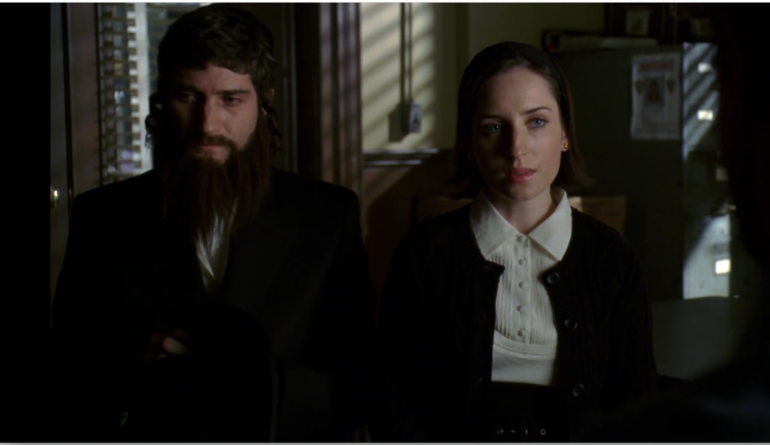 After we recently reported on the offensive and inaccurate portrayal in NBC’s “Nurses,” and its subsequent removal, we thought it was important to explain how other episodes have missed the mark when depicting the Orthodox community in order to inspire TV writers and producers to do bettter.

In season 9, Law and Order SVU had to produce their token “hasid” episode (called “Unorthodox”), like most TV dramas feel compelled to do. While they don’t make the Hasidic Jews turn out to be the molesters in the end and they do throw the head rabbi a couple of bones by having him have some wisdom, so much of this episode ranges from inaccurate, to cringy, to showcasing the most stringent Orthodox opinions and practices out there, to being downright offensive. Probably the most incendiary moment is when one of the cops whispers into a Hasidic man’s ear, “I know guys like you can’t stay away from little boys, it’s only a matter of time.” I watched this clip several times and asked myself how it would look if it were with an imam or a Tibetan monk, and I am sure it would be just as outrageous and appalling. “Guys like you…”

The issue with always showing the worst types of people from a community is that your average viewer has no idea how many kind, honest, and reasonable people are out there. We all seem like a bunch of creeps. The issue with always showing the most stringent opinions and practices in Orthodoxy, is that the audience has no way of knowing that most Orthodox Jews do not observe the customs and strict practices being shown on screen. The best Hollywood seems to be able to give us is being annoying pedantic weirdos that occasionally have some wisdom.

Let’s do the blow by blow with each scene featuring Hasidim:

It seems that TV shows are willing to acknowledge that we Orthodox Jews do indeed have some wisdom, but they make us so extreme and unrelatable that the viewer is quite confident that our wisdom is not worth the trade off for all that crazy. Attempting to create communities like Williamsburg or Kiryas Yoel is such a heavy lift, as the cultures are so different than what Hollywood writers know, that they will undoubtedly be anywhere from flagrantly wrong to downright offensive when they try.

So how could an Orthodox Jewish character make it to Law and Order SVU in a way that Hollywood could probably get right with a little help? Make one a lawyer or a judge. Or feature a woman like Shira Berkovits, an Orthodox Jewish lawyer and psychologist who developed Sacred Spaces to help Jewish organizations create environments to prevent sex abuse. Yes, we are used to the oft-repeated Hasid as molester story, and our community must continue doing the work to make kids safe and punish abusers. But it doesn’t mean that there is no good to report either.

TV dramas should be an opportunity to get to understand experiences outside of our own, not have inaccurate caricatures repeatedly showing the same scenarios over and over and over again. Hollywood can and should do better, and this Wednesday, we’re going to 30 Rock (with livestream available for viewers to watch and participate) to make our voices heard. Learn more and register here!