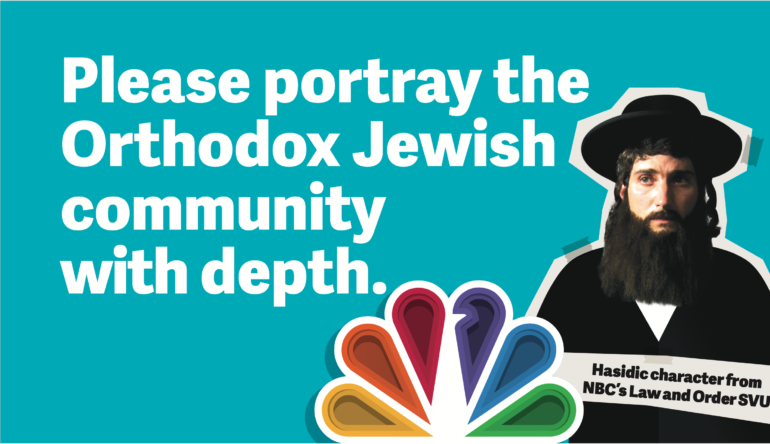 The conversation about inaccurate and pernicious depictions of Orthodox Jews in media is long overdue.
We went to NBC’s 30 Rock in NYC this past Wednesday, March 10 from 1-3PM. EST to continue the conversation we started with the “Nurses” episode a couple weeks ago. Help us amplify our message by watching, sharing, and asking our group any questions you have about Orthodox Jewish life. Please share this event with your network, so we can reach as many people as possible. We don’t want too large of a crowd, so if you decide to attend in person, please be masked and socially distanced.

Law and Order SVU "Unorthodox's" Many Inaccuracies And Cringe-Worthy Moments

What Does Judaism Say About Having a Clean Home?