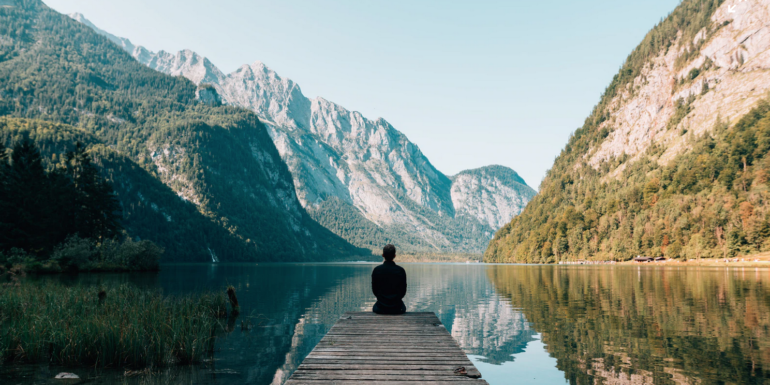 When Covid Hit, He Turned To Meditation and Created the Largest Collection Of Jewish Meditation Videos 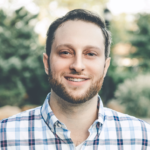 As a professional recruiter, the COVID pandemic brought Dovi Halpern’s career to a total standstill.

No one was hiring, he recalls. “People thought the world would end tomorrow. I was sitting around with no work to do.”

And at that early stage in the pandemic, he also had no shul to go to either.

“There was no way to uplift me spiritually,” Halpern recalls. “It all had to come from me.”

So Halpern decided to tap into one of his passions, Jewish meditation, by creating the website, JewishInreach.com. He believes it is the largest collection of Jewish meditation videos on the Internet.

“This was my Covid project,” he explains. “When [I was] disconnected from real people, that’s when this idea took off. How [could] I get that raw spiritual connection from home?”

His answer: “Let me create a very organized resource of videos, all with the intention to connect to Hashem.”

Halpern says, “with no work, no shul and no rat race, it was a time to reflect on real, authentic, raw topics.” Topics like Healing through Torah, Meditative Tefillah and Guided Jewish Meditation,” all of which you’ll find on his website.

For many who run in Orthodox circles, the idea of meditation conjures up images of monks, sitting on a mountaintop and humming. But after a few minutes on JewishInreach.com, it’s clear what a central role meditation plays in traditional Judaism. It’s packed with videos from well-known Rabbis and spiritual leaders.

“Meditation has always been a core principle of Yiddishkeit. “It’s required to fulfill a Jewish life,” says Eliezer Weiss, who has created dozens of Jewish guided meditation videos, many of which are on JewishInreach.com.

Weiss says because observant Jews place such an emphasis on serious learning, sometimes meditation falls to the wayside. “Meditation is an emotional, spiritual experience connecting one to the soul. The spiritual part is so neglected and it’s so important, especially during times like this.”

These times are not only stressful due to Covid, but we also find ourselves glued to the news and entertainment on our phones, computers and streaming devices.

“We’re swimming in a sea of content, so much content, without content,” is a saying Halpern likes to quote. “I set out to build something that would offer deep spiritual depth.”

Halpern, who grew up Orthodox in Atlanta, moved back a few years ago to raise a family. He is quick to point out that he’s not a Rabbi, just someone with a thirst for and a love of mediation and mystical Judaism.

“There are two paths in Judaism, the communal path and the individual path,” he points out. “The communal path keeps us together as a people to pass our tradition along to the [next] generation. But the personal is not championed and it’s a big miss.”

Not convinced? Weiss says a simple meditation practice can do wonders for your day-to-day davening.

“Prayer is meditation. It’s the same thing,” he says. “If you are just reading the words off of the page [without a deeper connection], it’s a big pity. It needs to be more prevalent.”