Only in Israel: You Won’t Believe These Stories of Divine Providence!

Not every part of the Torah easily comports with science and reason. Not every part of Jewish law is simple to understand in modern times. Perhaps that is why in our age of increasing skepticism Hashem granted us something as miraculous as the State of Israel. The challenges in Judaism don’t go away, but modern day Israel – in its miraculous nature – presents a challenge to those who want to live by reason alone.

Thousands of years ago we were exiled from our land and scattered around the world. We prayed daily to return and seventy years ago, an ancient prophecy came to be: “‘For I will take you out of the nations; I will gather you from all the countries and bring you back into your own land.” In the years of our exile, the land of Israel was a barren dessert, but the prophet Ezekiel foretold of a time when that would change, “The desolate land will be cultivated instead of lying desolate in the sight of all who pass through it. They will say, “This land that was laid waste has become like the garden of Eden; the cities that were lying in ruins, desolate and destroyed, are now fortified and inhabited.” Then the nations around you that remain will know that I the Lord have rebuilt what was destroyed and have replanted what was desolate. I the Lord have spoken, and I will do it.’ (Ezekiel 36)

The return, the blossoming, and the wars of Israel (I didn’t mention those, but that is a whole other topic that defies logic!) are not the only miracles. This special place called Israel seems to operate on different terms even in the day to day interactions of its inhabitants. A higher level of Divine Providence – the “only in Israel” stories that so many of us experience there. Perhaps this is because in sefer Devarim we are told Israel is, “a land the Lord, your God, looks after; the eyes of Lord your God are always upon it, from the beginning of the year to the end of the year.”

To celebrate the awesomeness of seven decades since our miraculous return, we collected a series of “only in Israel” stories from friends (and friends of friends) to inspire and uplift you. Enjoy! 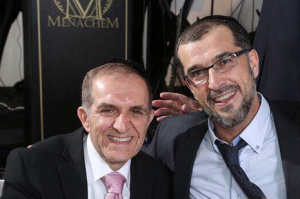 “It was a Friday morning on Chol HaMoed Sukkot. I was studying at seminary and my friend asked me if I wanted to go shopping with her. We went to a store on Ben Yehudah called Hole in the Wall, which was popular with seminary students. I heard the owner of the store speaking in Farsi which I thought sounded like Hebrew at first. I told him, ‘I also speak Farsi.’ He asked me where I was from and I said ‘Houston, Texas in America.’ I asked him what city in Iran he was from, and he said ‘Shiraz.’ I then said ‘Oh my parents are from there too.’ He asked me what my last name was I said ‘Sarafzadeh’ and then all he did was laugh. After asking him why he was laughing, he said he was my dad’s cousin! My dad had lost contact with him for so many years after my dad moved to the United States from Iran. They then reconnected and we have been close with them ever since, always spending time with them when we come to Israel. Here they are together at a my brother’s wedding. It was truly an “only in Israel” story.” – Madalyn Sarafzadeh 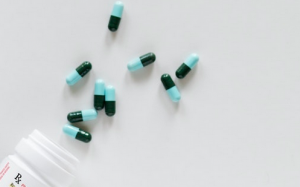 “I had hyperemesis in pregnancy and my first pregnancy was in Israel. As a struggling kollel couple, we went to the pharmacy armed with a prescription for life-saving drugs to keep me going. The pharmacist tells us that for a box of 10 pills it’s over 200NIS which at the time was £70 English money. We couldn’t afford it! He then informs me that only that morning a lady who had had twins had brought back an almost-full packet for him to give to someone who needed it! (8 pills total). So he gave them to us for free (naive young kollel couple take drugs from a complete stranger without questioning it- only in Israel right?!). Fast forward 6 weeks to when I could no longer keep my pregnancy a secret (hospital trips, vomiting in public) I told my neighbour in the apartment block next to me and she said “ah I wish I knew- I had some great pills from my pregnancy and I took them back to the pharmacy a couple of months ago- I would have saved them for you.”  I was like “NO WAY.” They were her pills! And that first pregnancy turned out to be my bachur, who is turning eight this coming summer.” – Sophie Dias 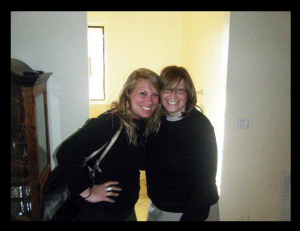 “For months before I left for seminary, my campus rebbetzin kept telling me I had to call her best friend Tybee in Israel and get close to her and her family.. but I kept forgetting and was busy doing whatever my new friends were doing and felt awkward calling a total stranger. After 4 months, I left Israel to go home for a few weeks and kept getting asked by my rebbetzin if I was going to call Tybee when I got back. “Suuureee, okayyy fiiiine!” Not knowing if I actually would or not. LITERALLY the day after I landed I was hanging out with a few friends and one of the madrichot came in and asked me if I wanted a babysitting job. “Great family, cute kids and pays well.” and I said “hmm, I might be interested.” and she said “The woman’s name is Tybee, you’re gonna love her.” CLEARLY Hashem wanted me to meet Tybee, and she was my mentor and source of chizzuk (and parnassa), and let me feel like I had an actual home for my 2 years there. We still keep in touch regularly and she really was so amazing to me. Here is a photo of us from that time. Hashem really is the best shadchan.” – Bryana Toran 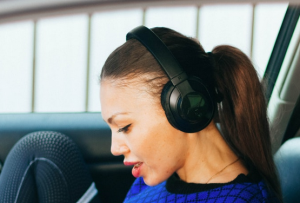 “I was in Israel once literally for a weekend. My first cousin from Israel got engaged and I really wanted to get to the wedding. The only way to make it there and not miss much school was to leave after class on Wednesday, arrive in Israel on Thursday afternoon, go straight to wedding thurs night, and leave right after Shabbos so I could make it back in time for Monday classes. On the plane, I was feeling a little sad about the rushed nature of it all and how much I was sacrificing in order to accomplish what was then a really far-fetched goal. I was thinking about the people I would have loved to be in touch with if only I had a little more time… I thought to myself on the way there that there were 3 people I knew who had moved to Israel recently whom I would have loved to see when I was there but I had no idea how to get in touch with them. The first one- I saw early morning on Shabbos while walking through a narrow street on the way to the Kosel. The second one- I got regards from her, as she was apparently my newlywed cousin’s next door neighbor (the cousin whose Shabbos sheva brachos I was attending). The third person- I had gotten to the airport early on motzai Shabbos and I put my headphones on while waiting for the flight. I tuned my Walkman radio until I heard a voice… and nearly fell off my chair. It was the third person I had thought about, and she was the first caller I heard on an Israeli late-night phone-in advice show! It was absolutely freaky- as if she were talking to me like she had so many times in my home when she was living nearby.” – Chana Neuberger 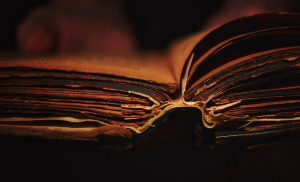 “A close friend was battling a serious heroin addiction and was in and out of rehab. While I was in Israel, I went to the Kotel and davened that Hashem would help him with his addictions and he’d have a complete spiritual, emotional, and physical refuah. I then took the siddur and dedicated it to his refuah and donated it to the Kotel. A few years later, my friend went to Israel after relapsing on heroin. I went to visit him and shockingly he seemed to be doing well. However, after so many years of rehab visits and lies about his wellbeing, I wasn’t sure. I went to the Kotel to daven before leaving for the States. I grabbed a siddur, and went to daven mincha. My hand slipped and it opened to the first page, which had an inscription which read, “this book is donated to the Kotel in the merit that Moshe Ben Yitzchak have a complete refuah, spiritually, physically, and emotionally. I had written that dedication years earlier. Hashem had made sure that exact siddur made it’s way back to me. I knew at that moment my friend would be fine.” – Anonymous 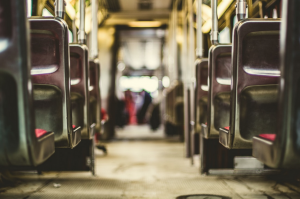 During my first trip to Israel in 1968 (I was twelve-years-old), I was sightseeing with my family. We had a cousin there and I believe we were going to visit her. I was sitting on a bus with my family in Haifa. A much older man said to my father, “you look like my late brother. He died in the Shoah.” That started a conversation and the man, in fact turned out to be my father’s uncle. My grandfather had made it to America after the war while his brother, my father’s uncle, made his way to Palestine/Israel. He lived in or near Haifa and was just going about his regular business that day. My father put [the two of] them in contact. The uncle in Haifa wrote a few letters to his brother, my grandfather, who lived in Brooklyn. It was all because my father was a carbon copy of his own father. While [my grandfather and his brother] were never reunited face to face, they did speak and resumed a relationship. Only in Israel. – Lori Singer

Most stories above are courtesy of the Frum Girl Problems Facebook group.

Does Judaism Think Being Sheltered Is Good Or Bad?

Orthodox Jews Need To Rein In Their Extremists