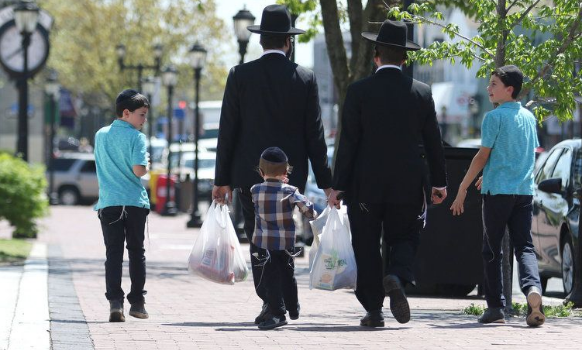 Esteemed Educator Faces Opposition As He Takes Over Hempstead School District
An esteemed educator known for fixing failing New York City schools is ready to roll up his sleeves in one of the worst performing school districts on Long Island. Until now, “A Hasidic Jew is not somebody you’re going to find in Hempstead,” Dr. Shimon Waronker said. Waronker has a Harvard Phd, worked as military intelligence in the army and has a history of working wonders.

How Lakewood Became a Worldwide Destination for Orthodox Jews
Lakewood’s population has grown exponentially in the last 40 years, as the 25-square-mile town’s population increased from 38,464 to 99,249 in 2015. The township, once a popular Jewish resort nestled in the Jersey pines with three lakes providing year-round recreation, its current growth rate projects it to become the third-largest city in New Jersey by mid-century.

For Orthodox Women, Wigs Aren’t Just Hair—They’re Big Business
Although women of many different religions and cultures cover their hair, for Orthodox women, wigs are the standard, and in New York City, where there are approximately half a million Orthodox Jews, faux hair is big business. Orthodox women do not hide their hair to diminish their beauty, but to preserve the intimacy of their marriages. “There is no aphrodisiac quite as strong as a little mystery.”

Hasidic Jews Serenade Pope at the Vatican
A delegation led by Edgar Gluck, chief rabbi of Galicia, met the pontiff in Rome to talk about protecting Jewish cemeteries in Europe and combating child sex abuse. Pope Francis swayed along as the Hasidim also sang and danced for him at the Vatican.

Justin Bieber Concert Sends Orthodox Woman Into Labor
A haredi Orthodox woman went into labor after just one song at a Justin Bieber concert in Tel Aviv. Reut Ziskind, 23, from Bnei Brak, was rushed to Meayanei Hayeshua Medical Center, where she delivered a healthy baby girl and named her Hadar. “You would be surprised, there are a lot of ultra-Orthodox women who love Justin Bieber.”