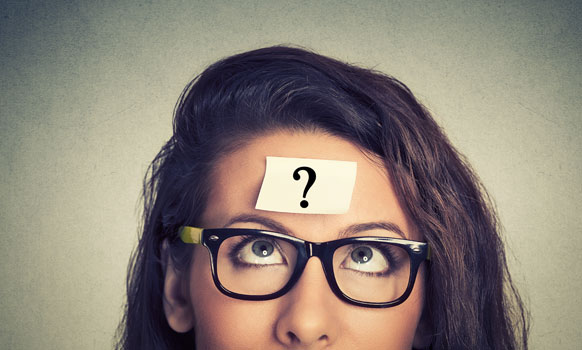 When should a rabbi be consulted? It seems that in some communities rabbis are asked about every mundane detail of life, things that aren’t even related to Jewish law. Other times, people talk about consulting rabbis on a halachic matters when really it’s just a matter of opinion. So when do you need to consult a rabbi?

No, just kidding. I still have some thoughts on the matter even if I can’t give you a definite parameter of what should and should not be directed to a rabbi.

As with all important theological issues, the first thing we should do is turn to The Simpsons for guidance. (That’s just common sense.) In a montage, we see a selection of the “important” reasons Ned Flanders has called Reverend Lovejoy, including:

“I think I may be coveting my own wife.”

“I think I swallowed a toothpick!”

Do these seem silly to you? Then don’t make such calls to your rabbi!

It should be noted that not every question needs to be directed to a rabbi. There’s an old joke that goes, “What do you need to know to teach fifth-grade math? Sixth-grade math.” While that “joke” is neither particularly funny nor particularly accurate, it does contain an element of truth for our purposes. A college student or even a classmate can tutor a high school student in math – it doesn’t take a professor. Similarly, not every question requires a rabbi. There are plenty of educated laypeople – men, women, students – who are thoroughly knowledgeable in the day-to-day issues of Jewish life.

Let’s say, for example, that it’s Shabbos and you don’t know how to properly prepare a salad or a cup of tea. Your neighbor, your guest or your daughter might. There’s not necessarily any need to run over to the rabbi’s house with a list of questions every week when plenty of people know the basics and can help you out.

Similarly, many educated laypeople can help one out with basic questions of keeping kosher, the prayer liturgy, and numerous other areas. Some of these people are as knowledgeable as any rabbi. There are even yoetzot halacha, women who are specially trained to assist other women with matters of marital purity.

There’s no hard and fast rule as to when one should ask a rabbi, but one should definitely do so when requiring a ruling on a matter of Jewish law or halachic advice for dealing with a difficult situation. An example of the former is “I prepared six chickens. One of them turned out not to be kosher, but it got mixed up with the kosher chickens.” An example of the latter is “My company is having a dinner in a non-kosher restaurant – may I attend and, if so, can I drink kosher beverages there?” A rabbi will know all the right questions to ask in order to guide a person to the proper conclusion.

While not strictly halachic in nature, it’s not a bad idea to ask questions that involve Jewish life. If someone is offered a much more lucrative position in a town with Jewish resources that are more limited than in his current location – let’s say one small synagogue, a pizza place, a Jewish school that goes up to fifth grade and a 40-minute drive to the nearest mikvah – it’s not strictly a legal matter whether or not to accept the job. Nevertheless, if one is torn as to what would be best for his family – the increased financial security or continued access to the resources to which they’ve become accustomed – the rabbi’s input can be invaluable. Unlike the earlier case, where a chicken is either kosher or it isn’t and it’s inappropriate to go against the rabbi’s ruling, here the rabbi doesn’t rule as to the permissibility of the move. Rather, he’s just providing his insight and perspective, the same as other friends and family might do. He won’t rule that one must move or may not move but he can certainly help one weigh the pros and cons in light of how Jewish life will be impacted.

(As you noted, there are certain communities where the communal head is consulted on virtually every aspect of life and his opinion is considered tantamount to law. That’s simply their way. I don’t belong to such a community and I assume you don’t, either.)

Of course, not all rabbis are equal. Some are more brilliant, some have more advanced education, and some specialize in certain areas. When I answer questions, sometimes I simply reply. Sometimes I bounce ideas off of my colleagues. Sometimes I take questions to an authority. Sometimes I take questions to an expert. There’s one person who is an expert in funereal matters, another who is an expert in conversion issues, another who is an expert in mental health issues, etc. I know what I know and I know what I don’t know, and I proceed accordingly. (Many times, when a congregant submits a question to his or her synagogue rabbi, that rabbi also consults with his rabbis and teachers. You may not see it but it happens.)

The mishna in Pirkei Avos (1:6) says asei l’cha rav – make a teacher for yourself. It’s important for every person – even rabbis – to have people they can consult on important issues. And a person should have one “go-to” rabbi; it’s not appropriate to shop around for the answer you hope to receive. Once you have selected the person you look to as your authority, you should follow his opinions even when it’s not the answer you’d prefer to hear.

But there’s another way asei l’cha rav can be understood – make yourself into a teacher! Rather than having to run to the rabbi for all the minutia of daily existence, learn the basics so you can handle the ordinary stuff yourself. If you’re concerned that this will cut down on your quality time with your rabbi, don’t worry! There will still be plenty of out-of-the-ordinary situations that will arise requiring his attention. Just don’t try to act above your level of expertise. Know what you know, know what you don’t know, and proceed accordingly.