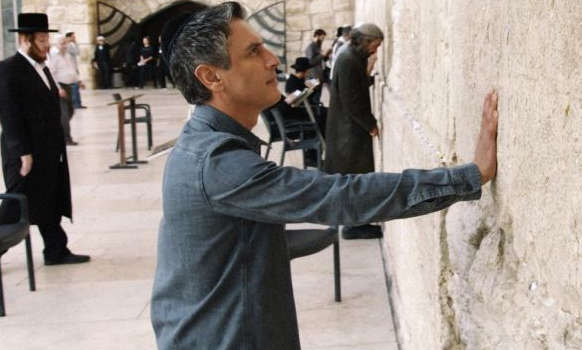 Now that “Fake News” is well established as a thing, Reza Aslan has introduced us to “Fake Documentaries” via his CNN Believer series which aired last week. I’ve read that his coverage of Hindus and Catholics was pretty awful. Critics have said he focused on fringe groups with little legitimacy while offering no context or overview of these religions’ mainstream believers.  I have no way to evaluate these claims. But Reza helped me out by offering a look at Israel’s “Ultra Orthodox” community, a group also known as “Haredim.” As an Orthodox Jew living in Israel, this is an area where I have some experience with the matter.

Reza was intent on fitting the story of Israeli Haredim into the template of Iran being taken over by religious extremists in 1979. Although the facts don’t make this possible, Reza simply ignored them and presented an alternative reality when Believer looked at Haredim on April 7.

While the most superficial Google search will illustrate that this community (of over 700,000 people) are known as “Haredim,” Reza repeatedly got the term wrong throughout the show. This minor, but glaring error, truly summed up the experience of watching the self-described “in depth” coverage of this population. I found myself scratching my head wondering out loud “really? Are you kidding me? THIS is the best you can do?”

I didn’t expect PR fluff featuring an uncritical look at the Haredi lifestyle. I expected tough coverage. Maybe a lot of it. How could that be avoided? Anyone who knows this community is aware of the problems and challenges it faces. Whether it be integration into modern Israeli society, a sensitive relationship with the Israeli military, to put it mildly, or underemployment there are enough English language books, articles and dissertations covering the issues to keep any interested reader very busy.

But Reza served up what can best be considered a sophomoric, silly piece of TV. At worst it was sloppy, inaccurate journalism riddled with errors that would be funny if they weren’t so serious. Either way, it was far from a truthful depiction of Israel’s ultra-Orthodox Jews.

The show often seemed more like a Saturday Night Live spoof than anything approaching a serious look at Haredim. So when we are introduced to a Haredi mother, described as a psychologist we are also told that Haredi girls get very little education and women are basically subjected to a life of serving men. Really? The psychologist Mom was not the best candidate to prove Reza’s thesis, to be sure. But more importantly, how did Reza skip over the fact that secular education is relatively strong in Haredi girl’s schools or that college-level academic programs for Haredim are flourishing? This is a significant trend in the Haredi world. Not mentioning it is missing the forest and the trees.

Reza focuses a lot on the psychologist’s son in his early teens who comes late to dinner because, as Reza explains, he has been at school for 10 hours straight. As the camera concentrates on the boy, Reza points out, repeatedly, that the boy seemed ‘so tired’ and ‘so exhausted’ from being at school for so long. The subjective, sentimental description might be true about this kid (although he looked fine) but it is not a serious way to describe the vast Haredi educational system. Since Reza doesn’t address the Haredi educational system in any thoughtful manner, it appears that he expects the tired tween to be enough information.

Reza’s interview with Health Minister Litzman was an opportunity for insight into how Haredi politicians interact with modern Israeli society. Instead, Reza gets into an interview loop with softball questions about Torah observance. Since Litzman is Haredi, one should not be surprised by his, well, Haredi answers. But what about his job as health minister? That is where we can learn about how Haredim actually function in the government. Here is where Reza could investigate his not so subtle claims that Haredim are taking Israeli in the direction of Iran. Litzman, voted ‘most popular politician’ in recent opinion polls, is widely regarded as an excellent minister. He’s brought more MRI machines into the health system, cutting down on wait times and his late night visits to inspect hospital ERs have made the papers. Needless to say, his improvements serve all Israelis, Jews of all persuasions, Muslims, Christians and others. Not even mentioning the actual job this man does (or doesn’t do, for that matter) is unforgivable and surely isn’t journalism.

Reza finishes off the show visiting with a bunch of Haredi hippies. While these folks are approachable and friendly, they are a small, irrelevant group with no influence on any part of Israeli reality except when they dance to Jewish trance music at traffic lights making commuters smile or roll their eyes depending on the stress of rush-hour.

I would be glad to ignore Reza’s Fake Documentary and forget I’d ever watched it. But following the show in real time on Twitter the comments made clear that for many people, the show was their first introduction to Haredi Jews. That is shocking and quite disturbing because Reza’s Fake Documentary has now set the narrative for many when looking at Israel and the Haredi community.

I’d encourage everyone to do their own research on the topic. To be sure there will be obvious positives and negatives in the Haredi community. But with a just few clicks online, one can easily outdo Reza’s woefully lacking research and presentation.

Why Do We Still Count the Omer When We Don't Have a Holy Temple?