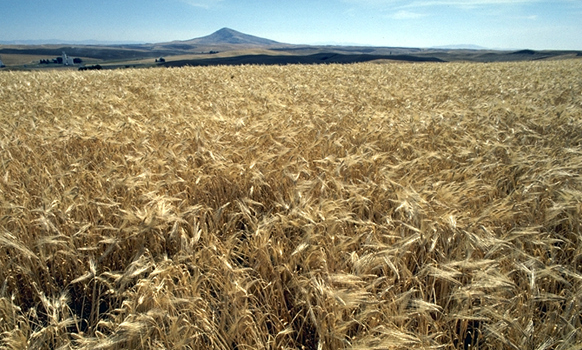 Why Do We Still Count the Omer When We Don’t Have a Holy Temple?

If there’s no Temple anymore, why are we still counting an Omer that’s not even being brought? Didn’t other Temple-related actives just cease after its destruction?

That’s a pretty good question. Let’s first explain what “counting the omer” is.

Leviticus chapter 23 tells us the following: Passover starts at night following the 14th day of the month of Nisan. The first day of Passover (i.e., 15 Nisan) and the seventh day of Passover are holidays with Sabbath-like restrictions on performing labor. On the day after the first holiday (i.e., 16 Nisan), the kohein would wave a particular sheaf offering. This sheaf is called an omer. From the day that the omer was brought, there is a mitzvah to count seven weeks (49 days); the 50th day is the holiday of Shavuos, which celebrates the giving of the Torah at Sinai. So “counting the omer” is really counting from 16 Nisan until Shavuos.

As noted, “counting the omer” is really counting from the omer to Shavuos. The reason for this mitzvah is to underscore the importance of the Torah. The Jews were not redeemed from Egypt simply to relieve them of the burden of slavery. Rather, the redemption was just the first step in a process that was to culminate in the Jews receiving the Torah at Sinai seven weeks later. We count the days from Passover until Shavuos to demonstrate how precious the Torah is to us and how anxiously we await its transmission to us.

Here’s something interesting. “Everyone knows” that the date of Shavuos is 6 Sivan – or is it? Counting the omer extends from the last two weeks of the month of Nisan, through the entire month of Iyar, and into the first few days of Sivan. Under our current fixed calendar, Nisan always has 30 days and Iyar always has 29 days, with the result that Shavuos always falls on 6 Sivan. But such was not always the case! When there’s a Sanhedrin, the months are set based on witnesses testifying as to the sighting of the moon. Under that system, Nisan and Iyar could be 29 days each, placing Shavuos on 5 Sivan. Or Nisan and Iyar could be 30 days each, placing Shavuos on 7 Sivan. There were about 300 years from the destruction of the second Temple until the fixed calendar was adopted. This means that even after sacrifices ceased, counting the omer wasn’t just a symbolic gesture, it was a very practical means of figuring out when Shavuos was.

Leviticus 23:15 says usfartem lachem – “count for yourselves.” Whether we’re counting for the practical purpose of determining the date of Shavuos or for the moral lesson about the importance of Torah, ultimately counting the omer is something we do for ourselves – no sacrifices required!