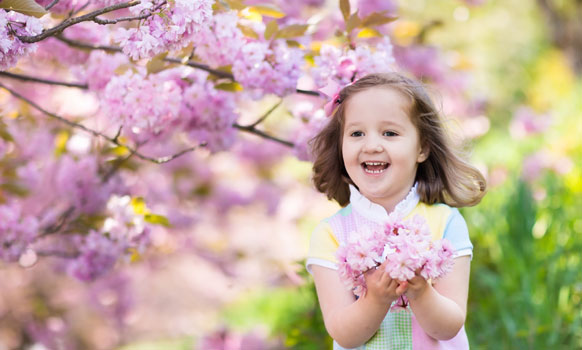 Why Do We Say a Blessing on Trees?

I heard something about blessing the first buds of a tree. That’s really neat. But when and why are we supposed to do this?

The Sages instituted brachos (blessings) to be recited for a number of reasons. We recite brachos when performing mitzvos, like eating matzah on Passover or sitting in a sukkah on Succos. We recite brachos when enjoy food, drink or fragrances. We also recite brachos to praise God for the wonders of His world. This includes brachos on such natural phenomena as thunder, lightning, comets and oceans. The bracha on fruit trees in bloom is one of these brachos on natural wonders. It is mentioned in Talmud Brachos which, perhaps unsurprisingly, deals with the subject of brachos:

One who sees the trees in bloom in the month of Nisan recites the bracha that God lacks nothing in His world and that He made pleasant creations and beautiful trees for people to enjoy (43b).

This bracha applies specifically to fruit-bearing trees. Since the Talmud says “one who sees trees” (plural), it is preferable to recite the bracha upon seeing several trees together but this is not a halachic imperative; the blessing may be recited upon seeing a lone tree in bloom. (The Talmud – Brachos 54a – also refers to reciting brachos upon seeing mountains, oceans, rivers and deserts but no one suggests that to recite the bracha one must see more than one of these at a time.)

This particular bracha is only recited once each year. It should be recited the first time one sees fruit trees in bloom, but let’s say that one did not do so. In such a case, some authorities rule that he has lost the opportunity to recite the bracha. Others maintain that one may still recite the bracha on a subsequent occasion so long as the fruit has not yet appeared (see Mishnah Brurah 226:5). If one did not see the trees earlier, there is more leeway still but only until the fruit has ripened. (Once the fruit has ripened, the appropriate bracha to recite is shehechiyanu; our practice is to recite shehechiyanu upon eating new fruit rather than upon seeing it.)

There is a difference of opinion as to whether this bracha may only be recited in the month of Nisan. Some insist that is the case, noting that Nisan is specifically mentioned both in the Talmud and the Shulchan Aruch (OC 226). Others are of the opinion that mentioning Nisan is not intended to preclude reciting the bracha in other months, it just happens to be the time when most trees typically start to bloom (see Mishnah Brurah 226:1). Optimally, one should try to fulfill this in Nisan but if he did not do so in Nisan, he may do so later. (This reflects standard Ashkenazi practice; Sefardim appear to be more stringent – consult your own rabbi for guidance.)

The difference of opinion regarding months other than Nisan only applies to countries in the northern hemisphere whose seasons are similar to Israel’s. Countries where the trees bloom in other months, such as in the far north or in the southern hemisphere, recite the bracha in months when the trees bloom locally.

Ashkenazi practice is to permit reciting this bracha on Shabbos but Sefardic authorities differ on the matter. (The debate hinges on the concern that one may come to pick a blossom off of the trees.) Again, one should consult his own rabbi.

Generally speaking, one need not travel to recite the brachos on natural phenomena – if you live in the Midwest, you don’t have to fly to the coast in order to see an ocean, and one certainly shouldn’t go out of their way to experience an earthquake! – but it is praiseworthy to make the effort to be able to recite this blessing in the month of Nisan. And it’s certainly worth the effort to do so. Birkas ha’ilanos (the blessing over the trees) is a beautiful practice that is easy to fulfill and enables us express appreciation to God for one of the many, many forms of goodness that He bestows upon us every day.

7 Products You Don't Want To Miss This Passover!

Stop Freaking Out About What You're Going To Cook For Passover!