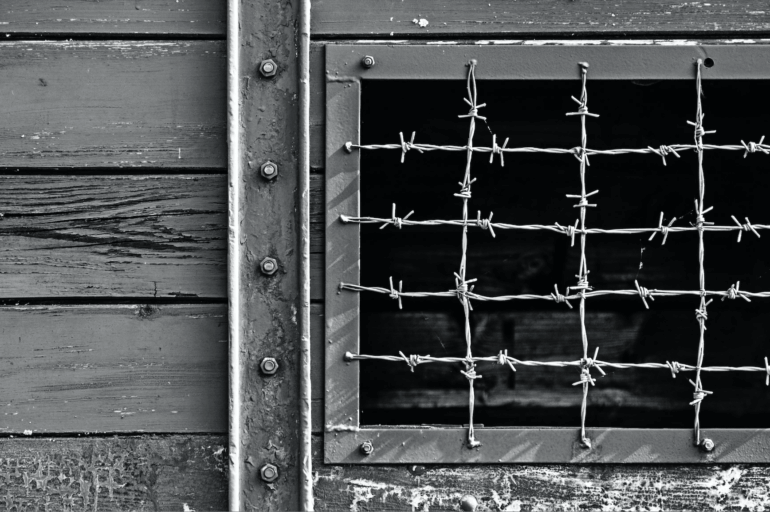 I recently saw a tweet that said that if you think Jews are neurotic, it’s because we’re all descended from folks, who a couple hundred years ago said, “Not liking the vibe here, let’s get on a boat.” That’s partially true.

Some of us are descended from folks who didn’t realize quite how bad the vibe was and consequently became sole survivors of decimated families.

But Jews are too privileged, too powerful they say…

I don’t need to tell you that public antisemitic discourse has risen to historic levels in the last few weeks. There was a 145% increase in antisemitic hate crimes in NY from November 2021 to November 2022. Put differently, a Jew was attacked every 16 hours last month.

I do need to tell you that the quantity of Jew-hating comments we are seeing on our social platforms in the last few weeks is multitudes higher than what we’ve seen in 15 years of having an online presence called “Jew in the City.”

I do need to tell you that there are not one, not two, not three, not four, but five movies that recently came out on major streaming outlets like Netflix and Prime which paint Jews as thieves of black identity, controllers of the slave trade, Nazi-like baby-killers, or extremist religious folks who hate women and education. Some of these films are nothing short of blood libels.

I’m not saying the names of these films and shows in order to not attract more attention to them. But two of these productions are currently trending on Netflix. One is in the top ten shows being watched on Netflix right now.

This is the long way of asking if we have reached 1930’s Germany yet.

Because 1920 Germany had historical inflation after a – um – world-wide flu pandemic that shut everything down. Then came the stock market crash and Great Depression. By 1933, Jews began to become socially ostracized in Germany. And to be honest, with the way antisemitism, from literally every angle, is being openly spoken about by celebrities, accusing us of the most horrific and outlandish things, we seem to be well on our way.

1933 Germany also had boycotts on Jewish stores. And while the story is never exactly the same, as BDS – boycott divestment and sanctions of Israel grows – we seem to have the boycotting of Jews checkbox marked off.

1930’s Germany also included the removal of Jews in schools and professional positions. Now, in the bad old days, it was because Jews were a gross sub-human race (I’m looking at you, Whoopi Goldberg). Nowadays, Jews are being downsized in places like Harvard and Penn, and the rest of the Ivys for a GOOD reason. As Dave Chapelle told the world, Jews have got too much power, and it would be an outright mitzvah to try to do something about that Jewish problem in schools and places of work.

I haven’t wanted to watch ANY of the shows or films on these streaming services, because it’s too painful to see how the world is seeing us, knowing we can’t do anything about it. (FREE SPEECH!)

I recently watched an interview of a Holocaust survivor called “From Citizens to Outcasts,” who spoke about how Germany changed in the 1930’s. The Jewish community was at the top of society one day, and then boom, everything changed. She said that they had anti-Jewish signs around. And they were upsetting. So she’d just look away. And it seemed like if she didn’t see the sign, then no one saw it. But she said that wasn’t true. Everyone saw it.

Millions of people are watching these films and shows, even if we don’t. They are “learning” horrific things about us.

So what do we do? And why does the cycle keep repeating in every generation?

Jewish tradition says that hatred of the Jew will be the way of the world while we are in exile. The Talmud teaches:

“What is [the reason for the name] Har Sinai (Mt Sinai)? That hatred descended to the idolaters on it.” (Shabbat 89a) Our sages noticed that “Sinai” sounds like “sinah” (hatred) and understood that in accepting the Torah, we would become hated (without reason) in the world throughout time.

But our tradition also says that the way out of exile is to unite with one another and lean deeper and harder into our heritage. When Jews unite, deepening our commitment to our traditions, like in times of Chanukah and Purim, our nation has merited to see miracles.

We’ll keep fighting the good fight with our Hollywood Bureau and online advocacy. We’d be so grateful for your support in our annual campaign happening right now, so we can do even more of the great work we do.

We may be approaching 1930’s Germany once more, but we need not have the same ending this time. If we channel this growing fear into greater Jewish unity and greater Jewish pride, perhaps one day we can tell our children about the way world wide Jewry came together to end the scourge of antisemitism.