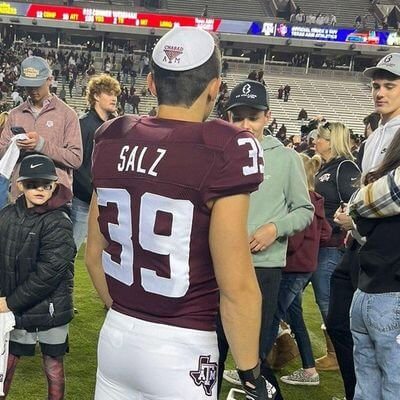 The Orthodox Jewish community can check off another box when it comes to representation in sports. Sam Salz just became the first kippah-wearing competitor in the Southeastern Conference (SEC) football season as running back of the Texas A&M Aggies.

Originally from Philadelphia and an alum of the Kohelet Yeshiva High School in Merion, PA, Salz joined the Texas A&M Aggies in the middle of the season. He actually was asked to join on a day that merited his first test. The practice he was supposed to attend was on Yom Kippur.

“Right off the bat, I had to explain that I wasn’t going to be able to be at the first practice because it’s Yom Kippur, and they were fine with it,” Salz says.

He continues to wear his Judaism proudly — sporting a kippah and tzitzit both on the field and around campus. He’s an inspiration to his peers as a Sinai Scholar and an active participant at Chabad A&M.

Almost 50% of the team’s games are played on Shabbat which means Salz has to sit out, but that hasn’t deterred the player from staying strong in his faith. He chose his uniform number, 39, as a constant reminder of the Lamed Tet Melachot, the 39 categories of work which Jews do not perform on Shabbat.

When games begin right after Shabbat, Salz walks to the stadium early and spends time with the Chumash or volume of the Talmud he keeps in a special locker. He learns Torah while his non-Jewish teammates prepare for the game ahead, embracing the holiness of the day.

Salz says that the team has actually been very supportive of his religious lifestyle. “From the coaches to the assistant coaches to my teammates, everyone involved here has been extremely friendly and respectful,” he assures. He recounts a specific instance in which the team arranged to have kosher food brought in from out of town for a banquet for the players and their guests.

“It taught me a lesson that when you stay strong to your values, people will respect you for it,” he says. “I try to encourage my fellow Jewish students with that message.” 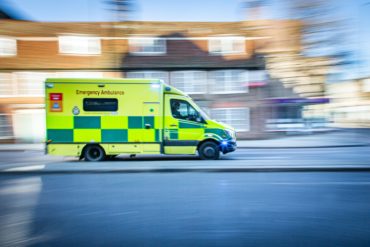 Has US Antisemitism Reached 1930's Germany Yet?