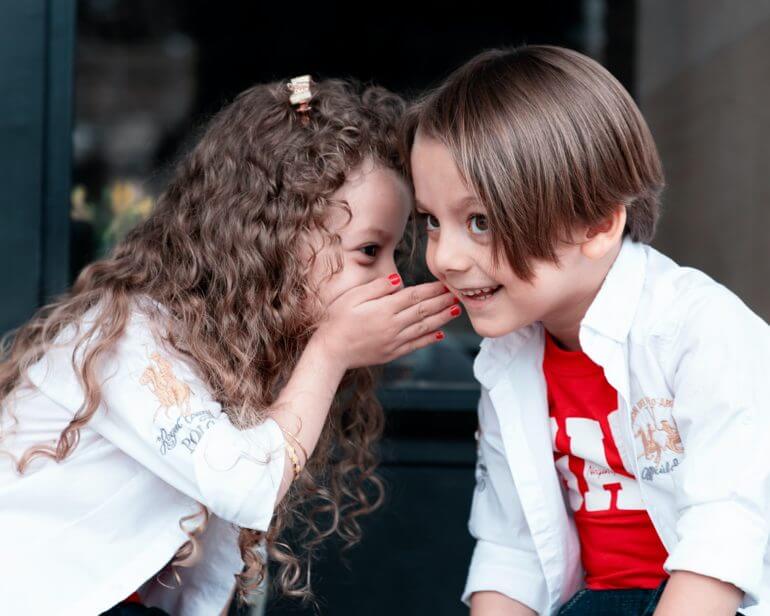 Today I’m going to answer a question that nobody asked. But first, some background.

I don’t normally comment on the comments, but something exceptional happened recently. On the article about using Alexa on Shabbos, quite a number of people commented on social media along the lines of, “Of course! It’s like a Shabbos goy!”

First, a sidebar. I’m on record as being opposed to using the word “goy” to refer to non-Jews, but I’ll grudgingly concede that it’s grandfathered into the phrase “Shabbos goy.” (I thought about redacting it as “Shabbos g*y,” but I was afraid that some people might misread that as “Shabbos gay,” which would just confuse things.) So please don’t take my use of the phrase here as approval, tacit or otherwise. Under normal circumstances, I would write around it, e.g., “asking a non-Jewish friend to turn on the lights for you,” which is admittedly cumbersome.

Let’s introduce a new phrase to this discussion: asking a non-Jew to perform labor for you on Shabbos is called amira l’akum (“speaking to a non-Jew”). Many people think that all you have to do is go to your neighbor and say, “Gee, Pete, it sure is dark in my living room – wink wink!” then Pete comes over and turns on the light for you, easy peasy. Unfortunately, such is not actually the case. In most situations, amira l’akum is prohibited.

Exodus 12:16 says, “All labor shall not be performed.” It doesn’t just limit labor to not being performed by us, it may not even be performed for us by people who might otherwise perform labor on their own. Some authorities infer from this verse that amira l’akum is a Biblical prohibition but most authorities subscribe to the view that amira l’akum is a rabbinic enactment that is based on this verse. Nevertheless, it’s a particularly stringent rabbinic enactment; the Mishnah Brurah (243:5) calls it a “complete prohibition” because of its basis in a Biblical allusion.

A number of reasons are given for such an enactment. One of these is that if we could just ask a non-Jewish friend or neighbor to come over and turn on our lights – or our TVs! – it would lead to us treating Shabbos lightly. (See Mishneh Torah Hilchos Shabbos 6:1)

It’s not only prohibited to ask a non-Jewish friend to perform labor for you on Shabbos; you can’t even benefit if he performs the labor for you without being asked! So if it’s dim on Saturday evening and he turns the light on so that you can read, you cannot do so. (However, if he turns on the light so that he can read, then you may.)

When the Sages instituted this law, they did build in certain leniencies. For example, one may ask a non-Jew to perform labor during the twilight hours on Friday (“bein hashmashos”) in certain circumstances, such as for the purposes of a mitzvah, for the needs of Shabbos or to avoid a significant financial loss. So, for example, if you neglected to unscrew your refrigerator light bulb before lighting Shabbos candles, you can still ask your non-Jewish neighbor to do it for you during twilight because it’s for the needs of Shabbos.

Another situation in which it’s permitted to ask a non-Jew to perform labor on Shabbos is when it’s necessary to enable the community to perform a mitzvah. For example, if the alarm on the shul’s aron is set, one may ask the non-Jewish caretaker to turn it off so that the Torah may be removed for reading.

A non-Jew may also be asked to perform necessary labors on behalf of a seriously ill person or a young child. (Exactly how young is a matter of dispute; for sure up to the age of three is sufficiently young.) Because of the potential health risks, one may ask a non-Jewish neighbor to turn on the heat, and according to some authorities the air conditioning, in cases of extreme cold or extreme heat.

The Sages also permitted asking a non-Jew to violate a rabbinic prohibition for purposes of a mitzvah, for Shabbos needs or to avoid a significant loss. For example, if one doesn’t have wine for Shabbos, one may ask a non-Jewish neighbor to bring it even though it means carrying without an eiruv. Of course, this leniency would not permit one to carry through a Biblical-level public domain. Therefore, relying on this leniency requires knowing what’s a Biblical Sabbath prohibition and what was rabbinically enacted.

As noted above, many people think that hinting about our needs permits amira l’akum, but we’ve been talking about asking a non-Jew to perform acts of labor outright. So you may be wondering where “hinting” comes in. Hinting only applies in a very specific situation, namely when the benefit is indirect or incidental. Earlier we discussed a non-Jewish friend turning on a light so that you could read; that’s direct benefit in that he added something you required. But if he turned off the light so that you could sleep? That’s indirect benefit because he didn’t give you something; he took something away. An example of incidental benefit is turning on a lamp in an already lit room. It was good enough to read in before, but now it’s better, so the benefit, while appreciated, wasn’t absolutely necessary.

The reason hinting is efficacious in these cases is because there are two prohibitions of amira l’akum: asking the non-Jew to do something we can’t and benefitting from his labor. Because the benefit in these cases is indirect or incidental (alleviating the concern of the second prohibition), then getting him to do it without asking him is effective. In cases of direct benefit, such as turning on a light in a dark room, hinting would accomplish nothing of halachic value.

This is just the tip of the iceberg of a very intricate area of halacha, and this article is no substitute for a thorough study of these laws. Suffice it to say that the average person has a popular misunderstanding of amira l’akum and, honestly, the situation is best avoided except in cases of the greatest necessity.

Why Do Orthodox Jewish Couples Sleep In Separate Beds?