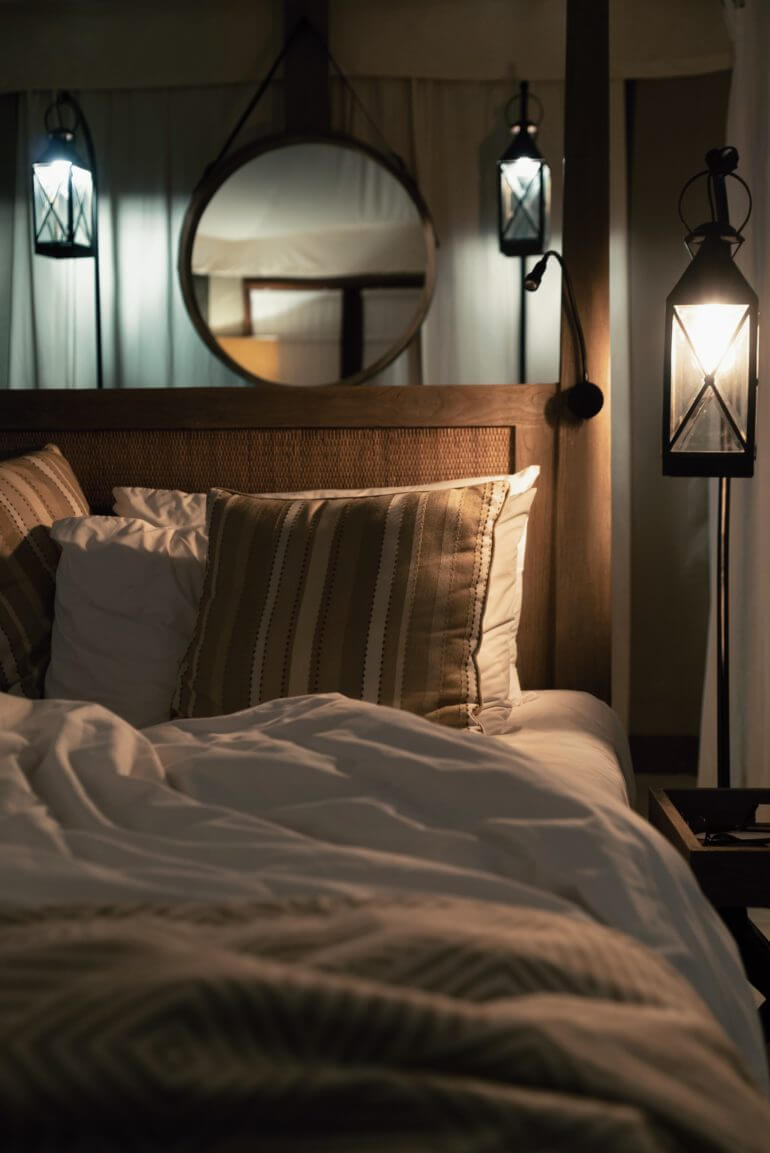 Why Do Orthodox Jewish Couples Sleep In Separate Beds?

Thanks for your question. I can tell you this: the reason isn’t for a better night’s sleep!

Historically, mitzvos have had a number of health benefits. Not eating pork protected us from trichinosis. Washing our hands before eating protected us from the Black Plague. A 2018 study attributes a lower incidence of fatal heart attacks in Orthodox men to the wearing of tefillin. The danger is that such observations mislead people into thinking things like, “The laws of kashrus are for heath reasons.” Then, with the advent of better healthcare, they consider the mitzvos no longer necessary. This is fallacious to say the least. So if you tell me that sleeping in separate beds leads to better sleep, I’ll believe it but I’ll caution you that it’s a side effect and not the reason underlying the enactment of this particular law.

The reason for this practice starts with taharas hamishpacha – the laws of family purity.

This is a topic that has been discussed elsewhere on this site, so I won’t stray into it much. I’ll just say that it’s greatly misunderstood. Women aren’t – and never were – ostracized from communal life for the duration of their periods. There are umpteen sources of ritual impurity, of which a human corpse is the most stringent. Menstruation (“niddah”) is another one. This isn’t because women are “icky,” but because the sloughing off of the uterine lining represents the unfulfilled potential for human life. (In case you care to know, a seminal emission is also a source of impurity but, just as the bodily events are considerably different, the types of impurity vary significantly.) When a woman gets her period, the couple must refrain from sexual activity until after her purification in a mikvah.

But refraining from sex isn’t the only thing couples do differently during the wife’s period. There are a number of other practices called harchakos – “distancings” – which were enacted by the rabbis in order to keep the couple from stumbling into a serious violation. These include – but are not limited to – the following:

The idea of the harchakos is to reduce intimacy between a husband and wife during this time. A woman pouring a cup for her husband is something she potentially does out of affection. Well, it shouldn’t surprise us that beds are pretty intimate. Accordingly, a number of the harchakos involve the couples’ beds: a man can’t sit on his wife’s bed. A woman can’t make her husband’s bed in front of him. The couple must separate their beds physically. Of course, the latter can only be done if the couple has separate beds to begin with.

Of course, a couple need not sleep in separate beds all the time; for much of the month they can share a bed. How a couple accomplishes this can vary. For example, a couple might have a full-size bed in their room, plus a twin bed or a futon for when they need separate beds. But space and practicality may dictate that most couples probably just have a pair of twin beds.

Apropos of nothing, let me share a piece of marital advice. Studies may show that couples sleep better in separate beds, but some couples will no doubt prefer to sleep in the same bed when doing so is permitted. If they do, I highly recommend having separate blankets. You’ll have a better night’s sleep and, depending on your spouse’s temperament, it could save your marriage!

*Most Sefardic communities don’t happen to practice this particular harchaka.

What Is Amira L'Akum (Asking A Non-Jew To Do “Work” On Shabbos)?