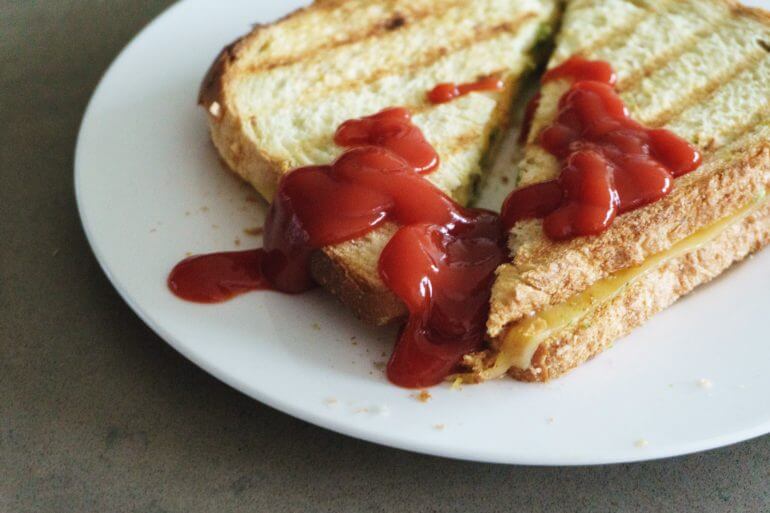 The Secret to Judging Favorably on Rosh Hashana

Rosh Hashana is also known as the day of judgment. We enter a proverbial courtroom and face G-d’s judgement from the past year. The day seems solemn and can invoke terror within, but if you look at the way we celebrate the holiday, it doesn’t fit in at all. We get dressed up in beautiful clothing and we invite friends and family for an elaborate festive meal indulging in exotic fruits and exquisite meats. This is hardly how a defendant standing trial would behave. How can we bridge the gap between this dichotomy?

Let’s start with a story. The Klausenberger Rebbe shared a beautiful thought after experiencing the concentration camps of the Holocaust.

There is one thing I miss about the Holocaust. When I went through the death march, we were all clean shaven, and our hair was shaved off, too. We all marched side by side, and no one knew if the person next to him or her was a Chassid or a Litvak. No one knew I was a Rebbe. We all just held our arms around each other and tried to keep warm and keep our fellow Jews warm. That’s what I miss from the Holocaust.

Because we are only human and cannot see the inner workings of others, all too often we look at one another and make snap judgments based on appearance or clothing.

Of course, judging based on external factors is natural.

Think about the following scenario: a policeman is standing at an intersection, barking out orders and moving his arms to assist in the flow of traffic. Imagine that same policeman, making identical gestures, but he’s wearing a pirate costume. As onlookers, we will relate very differently to the officer based on the clothing he’s wearing.

We often relate to others based on externals; our challenge is to imitate the way Hashem judges by stripping away the outer shell and seeing the person for who they are.

One morning, I was going about my routine while my then nine-month-old crawled around on the floor. I walked toward the closet and saw a hanger from the dry cleaner lying sloppily on the floor. I started to fume. I thought, “How could my husband just leave a dangerous hanger on the floor like that? Doesn’t he know our baby could get hurt?”

Then I realized that it was my dry cleaning hanger. I had left it there. Suddenly every excuse came to mind: I was in a rush; I didn’t realize; I needed to attend to the crying baby, etc.

When it came to judging myself, I was extremely generous, but I did not extend the same courtesy to my husband.

The next time you are in a position where you have done something for which others could easily judge you, take mental notice of your reason. (For example: I left the dry clean hanger on the floor because the baby was crying and I had to run to her.) Then take that excuse, file it in your mind, and extend that excuse to someone else — almost like paying it forward.

This applies to even the most mundane of situations. Suppose you intended to text someone back — you even wrote up the response but didn’t have the chance to press send. Days later you realize your text never went through.

The next time someone doesn’t respond to you, remember your own situation that you filed away. With that in mind, it becomes easier to judge your friend with favor.

Judging favorably is not about making up unrealistic excuses: “She is late because an elephant was crossing the street and blocking traffic.” It must be believable. The way we make it believable is to connect it to something that happened to us.

When we are late because of factors like traffic, or a child needing something as we were on our way out, we should file that reason and use it with regard to someone else.

When my daughter Nava was a preschooler, she would ask for ketchup on every morsel of food (even cucumbers). One evening at dinner, I brought her a plate with a hot dog and bun laced with her usual ketchup. Surprisingly, she was disgusted. In an exasperated voice she cried, “I don’t want the ketchup! Eeew!” as if ketchup was an alien from outer space.

I was shocked and frustrated by her reaction. Her needs and wants felt like a moving target.

I remained calm as she asked (read: demanded) me to wipe the ketchup off and, just to be certain there was not a trace left, wash the hot dog. She also requested a fresh bun–G-d forbid she should see any leftover ketchup markings. I quickly performed damage control and in no time her hot dog was as good as new.

Dinner continued and as the meal progressed, I bet you can’t guess what she asked me for…

“Wait, what?!”  I was thinking, “After she made a stink about not wanting the ketchup!?”

She wanted the ketchup ONLY on her plate, but not touching any of her food (because that would just be silly, right?). By the end of dinner, she meekly asked if I could help her put ketchup ON her second hot dog. If that is not coming full circle, I don’t know what is.

Although at times I get frustrated, this time, rather than expressing annoyance, I reminded myself that she is just a child with developing tastes.

How was I able to keep my cool? Nava’s behavior reminded me of an experience I had when I was pregnant.

I was at a restaurant, and I ordered minestrone soup. With my pregnancy-induced heightened taste buds, the soup was the best I had ever eaten. In fact, I insisted on having it the next night as well. Yet, less than 24 hours later, I had a sip of the exact same soup and almost spit it out because it tasted so horrible to me. I even asked the chef if he had made a mistake, and he assured me that it had been the same recipe for the past eleven years.

With this memory of my own vacillating taste buds, I was able to control my annoyance toward my daughter.

Judging ourselves in a favorable way usually comes more naturally; it is extending the benefit of the doubt to others that is a challenge. Using the stories we told ourselves to excuse our mistakes in past circumstances helps us forgive others’ errors in present ones.

G-d judges us differently than man judges one another. He judges us as individuals and doesn’t compare us to one another. He knows and understands our inner demons more than we even understand ourselves. Unlike the human court, Hashem judges with mercy. When we judge others with favor, Hashem reciprocates tenfold. With this knowledge we have the confidence to get dressed up and enjoy festive meals knowing that Hashem utilizes compassion and favor when placing judgement upon us.

When we judge others with favor, we can be confident that Hashem will extend favorable judgment to us. May we all merit to rejoice in a favorable judgement this Rosh Hashana.

Astonishing Orthodox Jewish Art That Will Blow Your Mind