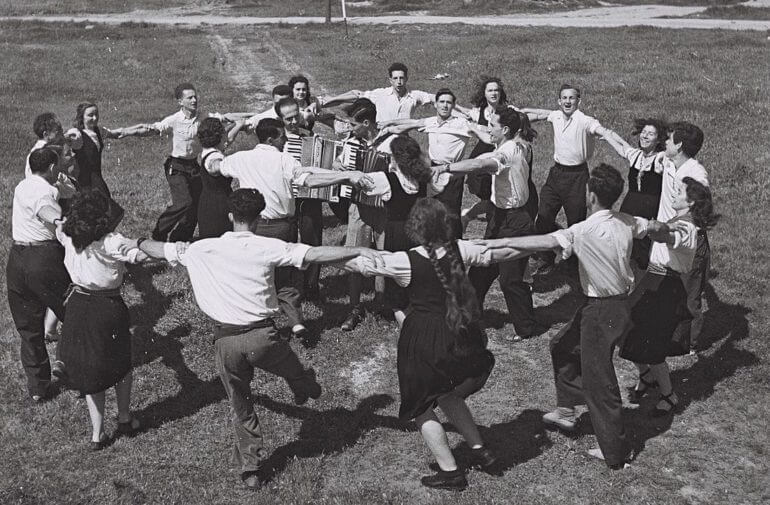 Why do Orthodox Jews do circle dancing?

Thanks for your very interesting question. It might surprise you to learn that circle dancing is not exclusively Jewish, let alone Orthodox. Circle dances can be found the world over, from Armenia to Sweden, from Greece to Germany, and from Lebanon to the Czech Republic – among many other places. Imagine Native American dancers performing a ceremonial rain dance; isn’t that a circle dance? Circle dancing is believed to be the oldest form of dance known to man.

And, of course, there’s the hora, which comes from… the Balkans, by way of Romania.

The hora’s popularity in Israel is attributed to Baruch Agadati, a Romanian Jewish dancer, whose troupe toured pioneer settlements in 1924, performing a version known as the “Hora Agadati.” By the 1940s, the hora was recognized as a legitimate Israeli folk dance.

There’s a fair amount of dancing in Tanach, from Miriam leading the women in dance at the Red Sea to David dancing before the Ark, but we’re not privy to the particular steps involved. Nevertheless, there is a fair amount of religious precedent for the traditional circle dance:

There are those who attribute kabbalistic significance to the circle dance, such as Rabbeinu Bachya ben Asher, who considers it symbolic of the never-ending joy to be experienced by the righteous in the Next World.

As noted, circle dances are not limited to Jews, Orthodox or otherwise. If you go to a Reform bar mitzvah, I’m confident that there will be a hora because such dances have cultural significance. But I suspect that they have particular staying power among the Orthodox for purely practical reasons: in Orthodoxy, men and women generally don’t touch members of the opposite sex, and even married couples don’t engage in public displays of affection. Accordingly, tangoes, waltzes and minuets are simply impractical.

In our culture, dances aren’t for couples per se, they’re for the community. Circle dances are the best option for including an indeterminate number of people within the parameters of Jewish law. 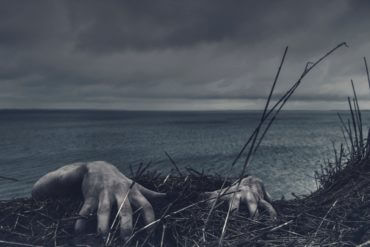