HBO Max recently announced the production of a new dramedy series based on the life of Nissim Black: a black non-Jewish rapper turned Hasidic rapper. Black has been approached by numerous networks, like Netflix and celebrities like Queen Latifa, who wanted to do a documentary on his life. But when director Sally Richardson, who Black grew up watching in movies, approached him with her pitch 6-7 months ago, it finally felt like the right fit.

The title of the show is based off of Black’s hit single Mothaland Bounce, and will focus on life after Nissim’s move to Israel and the culture shock and transition to the new community. The show — to be called Motherland Bounce — will be written and created by writer/comedian Moshe Kasher and executive produced by Salli Richardson-Whitfield who also produced The Gilded Age.

The single that it’s based on — while full of lively, joyful energy — is not necessarily a funny one. It pays homage to several facets of Black’s cultural roots while highlighting the synthesis of pride, struggle, and joy of a complex self-exploratory identity. It is complemented by the opening of another of his music videos — the song Best Friend — which features comedy, a dramatized friendship, and a Coming to America vibe. The production team was inspired by the story as well as Black’s relationship to music, which is inseparable from his life’s journey.

Black ultimately chose to tell his story with a production team that favored a comedic lens. “Comedy is a way to tell things through a side door without being too serious,” he explains. He specifies that Motherland Bounce will be a “dramedy”: a scripted comedy television show with serious moments organically interspersed with humor.

In this regard, the show will be quite different from many of the recent media depictions of Hasidic life. Secular media often enjoys telling negative stories about Orthodox Judaism and particularly about people leaving an Orthodox lifestyle. Joy is such an important part of a healthy Hasidic life, and Motherland Bounce will not only be a place for Jewish joy to shine, but will also show the world that people don’t only leave Orthodoxy, but come to Judaism on their own and embrace it by choice.

The show will take place in Israel, where the Black family has lived for the better part of a decade, and might even be filmed there. Nissim describes the overarching theme of the story as “fish out of water” as it explores his own reactions and experiences with joining the Hasidic community in Israel after having grown up in the hood. “I think it would be a great lens for people to see — in a funny way — how the outside world looks at Judaism without it being something negative,” he explains, “but from a complete lack of understanding.”

The show would not be possible without a writer who understands the community — this is where Moshe Kasher comes in. Kasher spent summers with his father, a baal teshuva Satmar Hassid, and thus has a personal relationship with Orthodoxy. With several major network hits under his belt (he was a producer on Betty, Little America, and Another Period among others), Kasher’s tried-and-true scripting brings life to the already widespread appeal of the inspiring story. “Moshe’s having a very hard time writing a script without cursing in it,” Black jokes, “but he’s getting it done.” The rest of the production team has also been very respectful thus far regarding Nissim’s boundaries and requests in the pitches and writing.

In that vein, Black also notes that he intends for this show to be kosher, healthy family entertainment. The Black family didn’t have internet in their home for a decade prior to the Covid-19 pandemic. Nissim hasn’t watched movies or television for about as long. He names comedy shows from his childhood, though, and points out that if you needed swearing to make a show good, then we wouldn’t still be selling boxed sets and talking about these comedies with the next generation.

He also credits this project to his lawyer, Fred Toczek, stating that without his help this project would not be possible. Toczek is one of the top entertainment lawyers in the industry, and an Orthodox Jew. With a lawyer who completely understands the halachic and hashkafic intricacies of negotiating a long-term kosher contract, navigating the series production is a lot more manageable from a Torah perspective.

While the current cast is still unknown (and it is unknown whether any members of the Black family will be acting in it, as themselves or otherwise), Nissim is very enthusiastic about the still-top-secret pilot episode and casting options. There is a chance that actors will be chosen from within the community itself, supplemented by non-Orthodox actors who can portray an Orthodox lifestyle well (a la Shtissel).

Intent on not shying away from difficult topics, Black is insistent that anything like race and discrimination will be included as much as they exist in his own life. Black explained that everything in the story will appear proportional to his own experiences — and the positive far outweighs the negative. He’s focused on creating an entertaining story but also preserving the truth, so he intends to depict these experiences in a way that will not reflect onto the community as a whole.

This dilemma has already been given much thought — “These things are going to be touched on in such a funny way that I don’t think they would leave that type of impression on people, that this is how Jews treat black people.”

This seems to be the production team’s attitude toward the other sensitive topics associated with the show and its content as well: racism, antisemitism, anti-Orthodoxy, Israel-Palestine politics, and more will make appearances, and all will be treated fairly. “Everybody says ‘there’s nothing like this on TV,’ but we don’t usually have a show that can change people’s lives like this can,” Black notes. HBO Max seems very willing to take the lead on depicting Black’s spiritual journey in tandem with sensitive background material, and treat it in such a comedic fashion that no one will truly hate anyone else.

“We’re going for a very universal funny,” he insists. It might be difficult to achieve, but the hope is that humor and connection will help the show transcend social groups. There is so much to laugh at, and there is also so much to learn about spirituality from the story we will receive that will be valuable to anyone who tunes in. 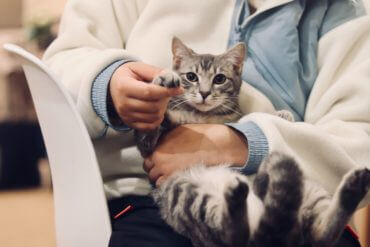 Brutal Antisemitic Attack in Brooklyn: "People Think They Can Get Away With It"