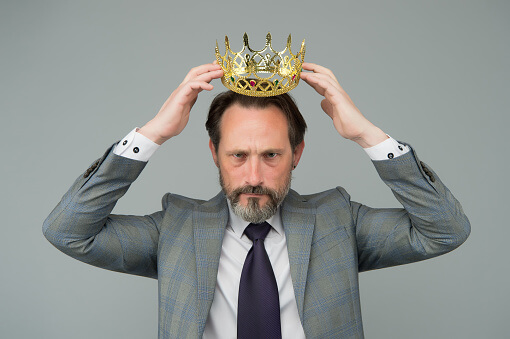 How do you inculcate the values of kindness, compassion and selflessness in a society that rewards narcissism, like we often see on social media for example? How should narcissists, especially those in positions of power and influence, be regarded and dealt with in the Jewish community?

Thanks for your excellent question. I have more to say on this subject than will possibly fit in one brief essay, so I’m afraid what follows is going to have to suffice for now. I think the plethora of sources, however, will be more than sufficient to convey the Torah’s disdain for narcissism.

My favorite Biblical example of a narcissist is Avimelech, who usurped the position of national leader in the book of Judges chapter 9.  He was mortally wounded when, during a siege, a woman dropped a millstone on his head. He asked his armorbearer to kill him so that history wouldn’t record that he was killed by a woman. We see that he was so vain that with his dying breath he wanted to protect his macho rep. In the end, not only does the Bible record that he was killed by a woman, but also that he had a huge ego.

Another character known for his ego was David’s traitorous son Avshalom. Avshalom had a luxurious head of hair, on which he doted, that ultimately proved his undoing, in II Samuel 18. (Avshalom wasn’t only vain about his hair. This was a guy who literally built monuments to himself.) And, of course, let us not forget Haman, whose reversal of fortune started when he assumed that it was he whom the king wanted to honor, because who else could it possibly be? Or Balaam, who assumed that his services were worth palaces full of gold and silver. We see that narcissism is a trait associated with bad guys in the Torah.

Contrast this with our heroes. Saul was meekly guarding the luggage while he was being named king. David humbly accepted rebuke for his mistakes. Jeremiah, like Moshe before him, considered himself unworthy of the role assigned to him by God. And regarding Moshe, our greatest leader ever, the only person who could speak to God “face to face,” we are told that he was also more humble than any other person on the face of the Earth (Numbers 12:3). It may seem like a contradiction but the greater one is, the more humble he can afford to be.

I’ll illustrate that last point with a personal observation. Years ago, I overheard a colleague paying his electric bill over the phone. The woman taking the payment said, “Is this Mr. So-and-so?” to which he replied, “That’s Rabbi So-and-so.” (I didn’t say anything, but my internal reaction was, “Dude. Really?”) Now, I’m not suggesting that my colleague was a narcissist. He was a really nice guy. He’s still in the rabbi business but I assure you, unless you’re in his community you’ve probably never heard of him.

Now consider Rav Moshe Feinstein ztz”l, widely considered the greatest Torah authority of the 20th century. If you’ll read through my articles on this site, you will no doubt find him quoted more than any other contemporary authority. I happen to own a letter from him and do you know how he signed his correspondence? Simply “Moshe Feinstein.” That’s all. He knew who he was. If you were corresponding with him, you probably knew, too. And if you didn’t, that was no skin off him.

(Quick diversion: Am I a narcissist? On the one hand, I’ve published a collection of my Q&A called Ask Rabbi Jack, with a picture of myself on the cover. On the other hand, I prefer the more casual “Rabbi Jack” to the stuffier “Rabbi Abramowitz” and the aforementioned picture of myself is a cartoon rather than a photograph. The intended message, which I hope comes across, is that I try not to take myself too seriously.)

It should not surprise us that the greatest of our leaders are also the most humble. The mishna in Avos (6:5-6)  lists 48 traits through which Torah is acquired. Among these are such characteristics as awe, reverence, humility, attending to the Sages, being tranquil, having a good heart, recognizing one’s place, claiming no credit for oneself, being loved by people, loving God, loving mankind, loving being corrected, avoiding honor, not boasting of one’s accomplishments in learning, not taking pleasure in rendering decisions, and sharing others’ burdens.

Now if the greater one is the more humble one is, it follows that the greatest are the most humble. And who is the Greatest-with-a-capital G? Not Muhammed Ali (who may have been a “The Greatest” as far as boxing was concerned but who was by no means humble). No, by “the Greatest” we mean God. The Sages teach us (Megillah 31a) that wherever Tanach mentions the greatness of Hashem, it is immediately followed by a mention of His “humility” (insofar as such can be said to apply to God). This principle is demonstrated in the Torah, reiterated in Neviim (the books of the Prophets) and re-reiterated in Kesuvim (the books of the Writings). The Talmud there illustrates the principle by sharing verses that describe God’s greatness juxtaposed with those that describe how He associates His Name with the lowly and oppressed. An example of this is Psalm 68: verse 5 says, “Sing to God. Sing praises to His Name. Praise the One Who rides in the skies by His name … and rejoice before Him” and verse 6 continues, “Father of orphans and judge of widows, God in His holy dwelling place.”

So humility is a desirable trait to pursue. We even pray for assistance in being humble, immediately after davening Shemoneh Esrei. (“My God, guard my tongue from evil and my lips from speaking deceitfully. May my soul be silent to those who curse me and may my soul be like dust to all.”) Why would we want to be like dust, you ask? Remember that in Genesis chapter 13 God compared Avraham’s descendants to both stars and dust. Sometimes we need to be reminded that we’re created in God’s great image; other times we need a reminder that we’re made of dust and ashes.

Now you ask how to inculcate the values of kindness, compassion and selflessness in a society that rewards narcissism. If I could give you a guaranteed course of action, I’d be the world’s greatest parenting expert. (As it is, I make no claims to be any kind of parenting expert at all.) But I will say this: children model their parents and absorb the values with which they’re raised. You can’t control everything to which they’re exposed as they grow but you can give them a proper grounding.

I feel better equipped to answer your second question: how narcissists – especially those in positions of authority – should be regarded in the Jewish community.

They shouldn’t be regarded at all.

We previously discussed the traits necessary to acquire Torah, including such things as humility and avoiding honor. Well, what about after one has mastered Torah? Rabbi Yaakov Tzvi Yalish of Dinov (1778-1825) in Sefer Kehillas Yaakov writes that the defining characteristics of a Torah scholar are kindness and understanding. So the traits you value are already part of what our community leaders should have.

Regarding narcissists, however, the Talmud in Sotah 4b tells us that one who has a haughty spirit is like one who worships idols, based on Proverbs 16:5: “Everyone of haughty heart is an abomination to Hashem; hand to hand he will not go unpunished.” We are told even if he has Torah scholarship equal to that of Moshe, such a person will not escape retribution in Gehinnom.

The mishna in Avos famously tells us asei l’cha rav – get yourself a rabbi. You have to do it yourself; one will not be assigned to you. The rabbi you pick should absolutely be learned and committed to following halacha properly. But he should also be kind and concerned. And he should certainly be humble. This doesn’t mean a doormat and it doesn’t mean poor self-esteem. The greater one truly is, the more humble he is. If someone’s a narcissist, it’s a sign that he isn’t really all that great.