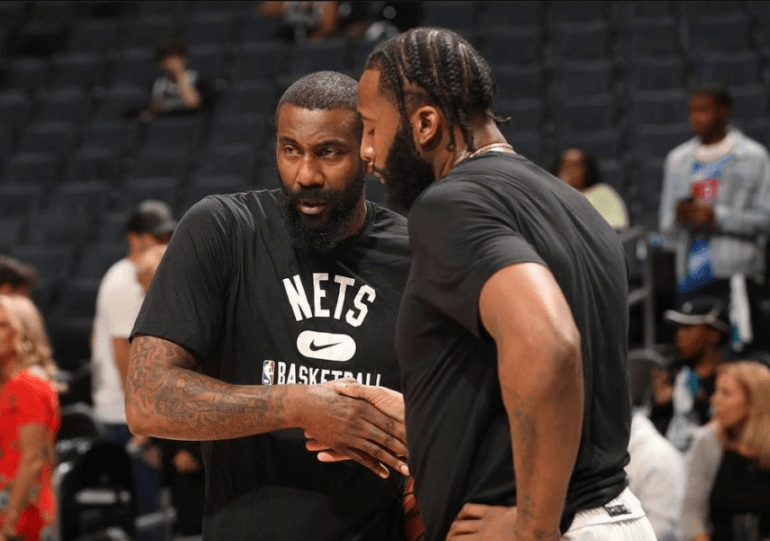 Amar’e Stoudemire – six-time NBA All-Star and a Jew In The City All-Star – has recently announced that he’s leaving his position as a player development assistant coach for the Brooklyn Nets after a two-year run. There has been some media speculation about why the star made this decision; some blamed the tension between him and unvaccinated player  Kyrie Irving, while others blamed a slower disillusionment with the team.

Stoudemire set the matter straight yesterday on Instagram: the true reason for his departure is that the team’s schedule interferes with his Shabbat observance.

Stoudemire is not a stranger to change: he’s played for the New York Knicks, Phoenix Suns, Dallas Mavericks, and Miami Heat prior to his resignation for the NBA, as well as for Israeli Hapoel Jerusalem (which he remains part-owner of) and Maccabi Tel Aviv. His conversion to Judaism crystalized while living in Israel in 2020 is well-known, and part of a long journey of spiritual and religious self-discovery that has spanned a decade.

The decision to step away from the NBA in this capacity was likely a difficult one. Stoudemire approaches it clearly, putting questions to rest with grace and a Jewish self-respect. “Coaching is such a grind, and it requires you to be there full time,” he said. “The Nets organization want people who can be there full time, and I totally understand that. Therefore it was a mutual understanding.”