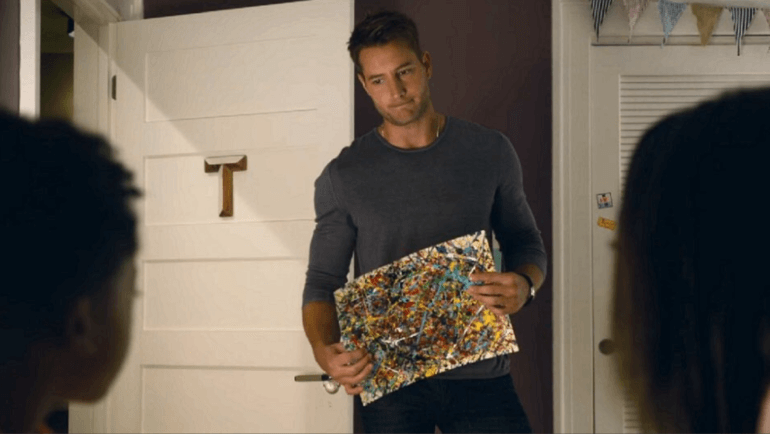 If you’re not a fan of NBC’s “This Is Us,” you should be. (The first episode has a bizarre moment where the father (Jack’s) naked backside is briefly flashed, which originally turned me off, because it was a cheap and crude device. But I was assured that the rest of the show was nothing like that and it would be worth my while. Both of those statements were correct.)

The “This Is Us” series finale is tomorrow night, which is a shame, since it’s some of the finest writing on television these days. The shtick of the show is that we don’t just follow the Pearson family in its present timeline. We jump backwards and forwards throughout the episodes to meet younger and older versions of the beloved characters and even skip backwards and forwards to different generations to understand where this family came from and where they are going.

When we learn rather early on that Jack, the father in the show dies, we are shocked and saddened. But then something marvelous happens. We don’t have to say goodbye to Jack, because the writers keep taking us back to wonderful moments throughout various stages of his life. So he’s really never gone. By the fifth episode of the show, the writers reveal the meaning behind the moving throughout time. Kevin, whose character is an actor in the show, is babysitting his nieces one night. Because their (other) grandfather is sick with cancer, they ask Kevin about death. He far too casually informs them that their grandfather and everyone else will one day die.

When Kevin realizes how insensitively he handled this major topic, he comes to speak to his nieces and explains his personal wisdom about death, which is the thesis of the show. It is an idea steeped in Jewish wisdom, which is not surprising, since showrunner Dan Fogelman, is Jewish. This is Kevin’s speech, referring to this painting below: 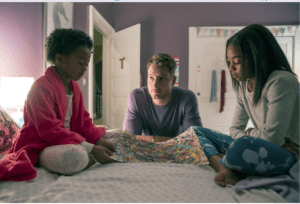 I painted this because I felt like the play [a play he was in] was about life, and life is full of color, and we each get to come along and we add our own color to the painting. And even though it’s not very big, the painting, we still have to figure it goes on forever, you know, in each direction, so like to infinity, because that’s kind of like life.

And my dad is not with us anymore, he’s not alive. But he’s with us. He’s with me every day. It all just sort of fits somehow, even if you don’t understand how yet. People will die in our lives, people that we love, in the future, maybe tomorrow, maybe years from now. It’s kind of beautiful if you think about it, the fact that just because someone dies, just because you can’t see them or talk to them anymore, it doesn’t mean they’re not still in the painting.

I think maybe that’s the point of the whole thing. There’s no dying. There’s no you, or me, or them…it’s just us. And this sloppy, wild, colorful, magical thing that has no beginning, no end…that’s right here. I think it’s us.

So why is the thought that Kevin shares a Jewish idea? Because while we, as humans, experience time in a linear sense in this world – we see great grandfathers coming first and then great grandsons coming later – this is not how time actually exists. The linear nature of time is only an illusion.

According to Judaism, time actually exists as God’s time, as God experiences it. In Hebrew, the word for God, the Ineffable name (we say “Hashem” – which literally means “the name” – instead of pronouncing the actual name, since it’s ineffable!) is made up of four letters. Those letters are “Yud” then “Hey” then “Vav” then “Hey.” In Hebrew, each letter represents a different word: Haya – Was, Hoveh – Is, Y’heyeh – Will Be.

In our small, human experience of this world, time goes from “beginning,” to “middle, to “end.” And when we get to various ends, they are often deeply painful. The losses are unfathomable. And they shouldn’t be minimized. But our perception in this world is limited, which is why ends hurt so badly. And Kevin realizes this and acknowledges that “we don’t understand how [this all works together] yet.”

On high, in the spiritual plain, in God’s realm and in the World To Come, where we will all join Him one day – we will all become One. Are souls will no longer separated like the distinct colors. Our souls will rejoin their Source, and we all become One. Kevin explains this concept too when he says that the colors in painting are no longer distinct colors. The painting is just one. It is then and there that we will finally understand and experience that there is no order to time and that there is no separation between us.

Kevin is not the smartest character in this show, but the writers gave him some of the most profound wisdom that exists in this world. And if you’re sorry to see this show end, just remember, there are no ends.

I Never Felt Held Growing Up, Then One Day I Was Overcome By God's Embrace