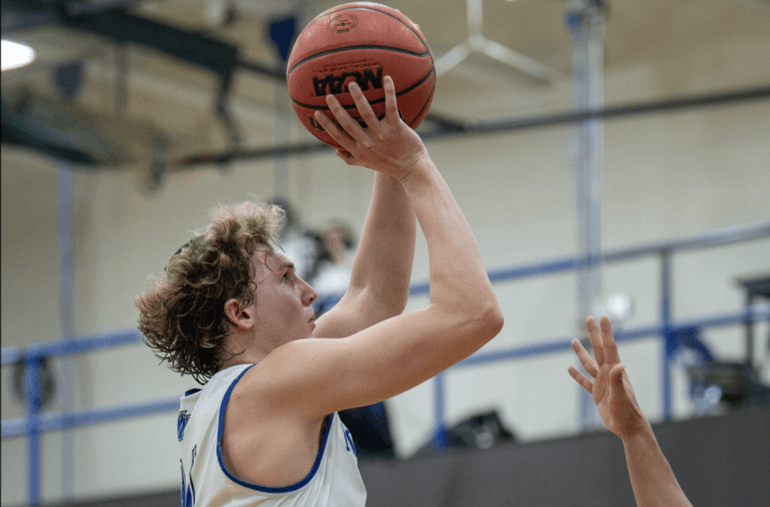 Ryan Turell is shooting for the big-time. The 6-foot-7 Yeshiva University student is forgoing his final year of college to enter the 2022 NBA draft, according to ESPN.

Turell hopes to be the first Orthodox Jew in the NBA. He proudly wears his kippah on the court and wants to continue doing so professionally.

Looking at his record, he has a pretty good chance. Turell is the leading scorer in college basketball across all divisions averaging 27.1 points while shooting 47% from 3. His team won the Skyline Conference championship, winning 50 consecutive games spanning from November 2019 to December 2021 and at one time being ranked No. 1 in the country in Division III.

He’s also a two-time conference player of the year and the leading scorer in Yeshiva history with more than 2,000 points.

Turell would be able to show others that they don’t have to sacrifice their dreams for their faith. They can become a kiddush Hashem (sanctification of G-d’s name) and bring Torah into whatever world they want to succeed in.

While there are often obstacles involved in this, like traveling on Shabbat for games, Turell has thought it through saying he would play in games on Shabbat but walk there.

Turell has already been scouted by NBA teams this season — many execs and former players have attended games in New York to see his skills in person. Even if he doesn’t get selected now, he could gain access to more events or team workouts that could improve his chances as time goes on.

“I want to get into as many NBA gyms as possible and show them what I can do. I’ve got to knock down shots and be a great defender and teammate.”

If selected, Turell would join the likes of Jacob Steinmetz, who is a professional baseball pitcher for the Arizona Diamondbacks and believed to be the first practicing Orthodox Jewish player on a major league team. He would also join Elie Kligman, who was selected to join the Washington Nationals shortly after Steinmetz’s pick, making him officially the second observant Orthodox Jewish player in the league.

For more on this, visit espn.com.