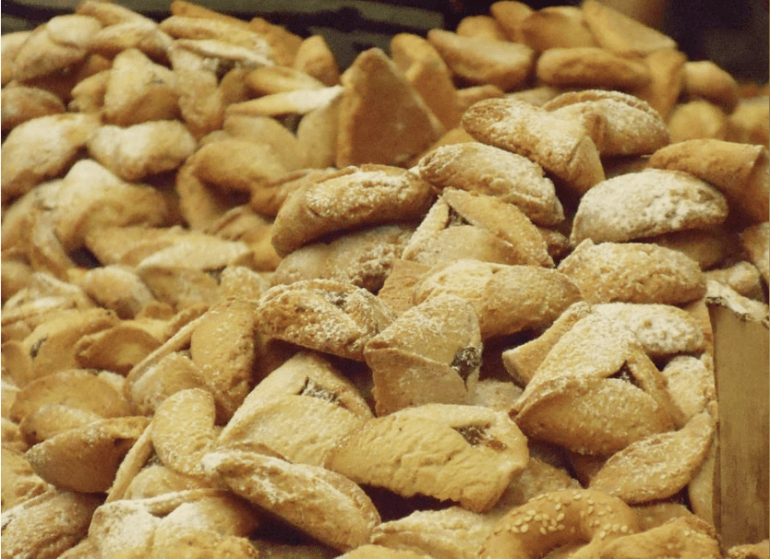 Are you ready to hear a chilling story about Purim? Let’s take it back to the Talmud to start – the book of the Talmud connected to Purim.

Jacob said before the Holy One, “Do not grant Esau the wicked the desire of his heart.” This refers to Germamya, a royal province of Edom, who if they would but go forth, would destroy the whole world. (Megillah 6a-b)

Who is this Germamya? Rav Yaakov Emden, who lived 250 years ago, says this is talking about Germany. We, who know what Germany was capable of doing, can understand that Jacob prayed to God not to give them what they desire. It’s all the more impressive that Rabbi Yaakov Emden — 250 years ago — said that he thought the Talmud was talking about Germany.

As we all now know, he was proven to be right, Nazi Germany was obviously wicked. In 1946, the Nuremberg trials were held. 11 very high-profile Nazis were tried and found guilty of serious crimes. They were sentenced to be hung on October 16, 1946.

The night before the trial, one of them named Goering, hung himself. So on the day of October 16, 1946 there were 10 Nazis that were going to be hung. One of them was named Julius Streicher. He was the infamous editor of the virulently anti-Semitic newspaper der Stuermer, which was a key piece of the Nazi propaganda machine.

Streicher didn’t even let a death sentence get in the way of his support for Hitler. He didn’t back down from his views. The last thing he shouted before his death was “Purimfest 1946.”

The Jews heard this and naturally, needed to know what it meant. It seems that Streicher knew the Purim story and he knew that part of it talks about the hanging of Haman’s 10 sons. But here’s the chilling part.

If you look in the Megilla where it talks about the hanging of Haman’s 10 sons, Rabbi Sruly Bornstein, quoting the Belzer Rebbe notes there are three letters that are written small. A tav, a shin and a zayin. For years and years, the megillah was had these three letters written a bit smaller without an explanation. The Hebrew year of 1946 is 5707, written in Hebrew as tav shin zayin.

Further, there is actually one letter that’s written bigger than all the others which is the Vav. Vav has a numerical value of six. Right now, we are in the 6th millennia. According to the same rabbis, it would seem that the megillah is hinting at the Nuremberg trial which would take place during that year that the letters are marked differently.

Let’s put ourselves in the mindset of Jews in 1946. The Jews had just been decimated. It was possibly the worst thing that’s ever happened in Jewish history. The morale of Jewish people was very low. In the instance of the hanging at the Nuremberg trials, you could say that God gave them a glimmer of hope. Even the Nazi being hung shouted Purimfest 1946. If he could see the clear connection to another time in our history when our enemies wanted to destroy us but we prevailed, surely we can see the connection as well.

Even in the darkest of times, God showed us a little bit of light. We don’t know why it had to be the most terrible time. What we do know is that there is always plan that God is orchestrating, and that God has our back.