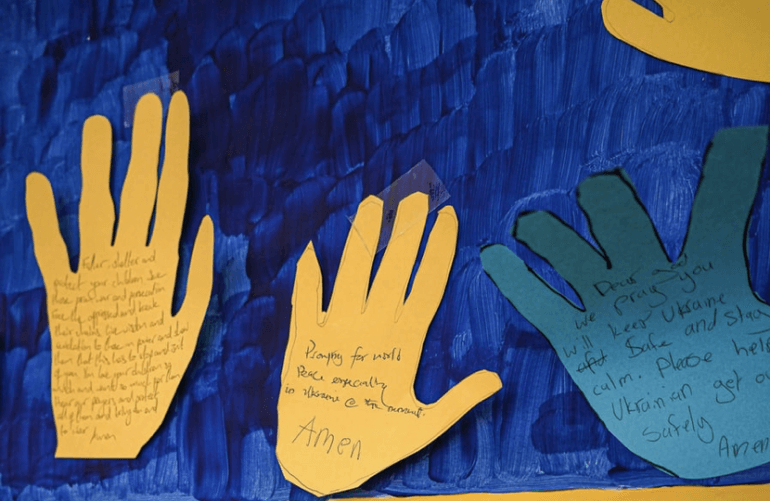 The pain of the Ukrainian war is getting more palpable by the day. The one thing easing the sting is seeing the beauty of people and organizations coming together to help.

The Agudath Israel of America, an umbrella organization of Orthodox Jewish groups, has raised more than $2 million for Ukraine since the Russian invasion began.

New York City currently has an estimated 300,000 Jewish immigrants from the former Soviet Union and the largest single group of them are from Ukraine. Many other Jewish Americans have ancestral ties to Ukraine or look to it as the birthplace of Hasidic Judaism.

The leadership of Ukraine’s Jewish President, Volodymyr Zelensky has contributed to the solidarity among organizations abroad.

The Agudath Israel of America is far from the only organization stepping up to help. Others including the Orthodox Union and Chabad have raised millions more since the war began. Chabad has spent more than $12 million on Ukraine relief since the start of the conflict and nearly all of that was raised within the first week.

The money is being used to pay for food, clothing, diapers, medical supplies and buses to help people flee the country. Rabbi Moshe Hauer, the executive vice president of the Orthodox Union reiterated how desperately the money is needed. “Renting a bus, which would have been $700 a month ago, is running north of $15,000 now,” he said. “The bus rides are taking many, many times the normal amount of time to get from Point A to Point B because they have to find roads that are passable and bridges that aren’t blown up.”

For more on this story, visit nytimes.com.