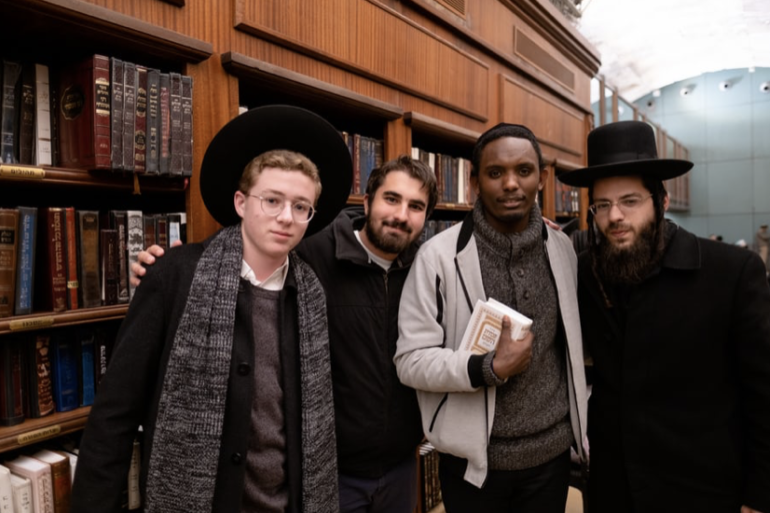 The Torah was transmitted in this way throughout the ages. All the great sages of the Talmud, from Hillel to Rabbi Akiva, were part of this transmission, which continues today. In short, Orthodox Judaism represents the unbroken chain of Torah that goes all the way back to Sinai.

Traditionally, Jews were just called Jews. Some were more observant and others less so but they were all “Jews.” In the 19th century, a movement arose to “reform” Judaism; they became known as Reformed (later, Reform) Judaism. Others agreed that change was called for but they felt that Reform had gone too far; change needed to be more “conservative.” They became known as Conservative Judaism. It wouldn’t do to have “Reform Judaism,” “Conservative Judaism” and just “Judaism,” so the traditional flavor was dubbed “Orthodox Judaism.”

Over the years, Orthodoxy has been subdivided into a number of smaller “brands” – “ultra-Orthodox,” Yeshivish, Centrist, Modern, etc. These can be divided into ever-smaller sub-groups, like “left-wing Modern Orthodox” and “right-wing Modern Orthodox,” but the differences are largely cosmetic or in the details rather than the big picture. All schools of thought within the tent of Orthodoxy believe the same basic tenets of theology. Among these are:

Some Jewish movements that were founded in the 19th and 20th centuries don’t believe that the Torah was written by God and delivered through Moshe at Sinai. Some believe that it was written by “divinely inspired” men. Others may not even necessarily believe in the existence of God. For Orthodox Jews, the idea that an omniscient God gave us the Torah is axiomatic, with the result that laws in the Torah cannot become “outdated.”

Historically, there have been branches of Judaism (Samaritans, Karaites, and many modern streams of Judaism) that have denied the validity of the Oral Law, claiming that it was written by man. The existence of an Oral Law is both implicit and explicit in the Written Torah. Without it, we wouldn’t know the definition of “labor” on Shabbos, what tefillin are, how to slaughter animals for food, and many other things necessary for even a basic observance of the Torah.

The Torah obligates recognized religious leaders to institute new laws in order to safeguard the Torah, and it commands us to follow the Torah the way they interpret it for us. From Bible times through the time of the Talmud, meetings of all the authorities enabled us to adopt universal standards; after that, dispersion required each community to follow the rulings of its local leaders. Either way, we are commanded by the Torah to adhere to their teachings, not deviating “left or right.” (Please note that just as not every lawyer is qualified to be a judge, let alone a Supreme Court Justice, not everyone with the title “rabbi” is a religious authority.)

So what’s Modern Orthodoxy? Modern Orthodoxy is a philosophy within Orthodoxy that synthesizes traditional Judaism with modern knowledge. This is reflected by such concepts at Rabbi Samson Raphael Hirsch’s “Torah im derech eretz” (“Torah with the way of the land”) and Yeshiva University’s “Torah u’mada” (“Torah and secular knowledge”). Modern Orthodoxy views non-Torah fields such as science, and even literature, as having inherent potential value. (Not every book, movie or song has positive values. Things that are counter to religious values should still be avoided as inappropriate.) See more about this here.

Modern Orthodoxy believes in Torah and secular education, for both men and women. It believes in earning a living (though that’s not to say that nobody learns full-time; it’s just not for everyone.) It doesn’t believe in sequestering ourselves in a homogenous enclave. Generally speaking, Modern Orthodoxy is Zionistic.

There are some large and obvious differences between Modern Orthodox and Chareidi Jews, such as where we live and how we dress. Chareidim are more likely to speak Yiddish, possibly as their first language. Modern Orthodox Jews are more likely to own a TV. As noted, these differences are mostly cosmetic. We believe in the same Torah, we observe the same Shabbos and we’re waiting for the same redemption. We can be a part of one another’s minyan because, bottom line, we’re all Jews.