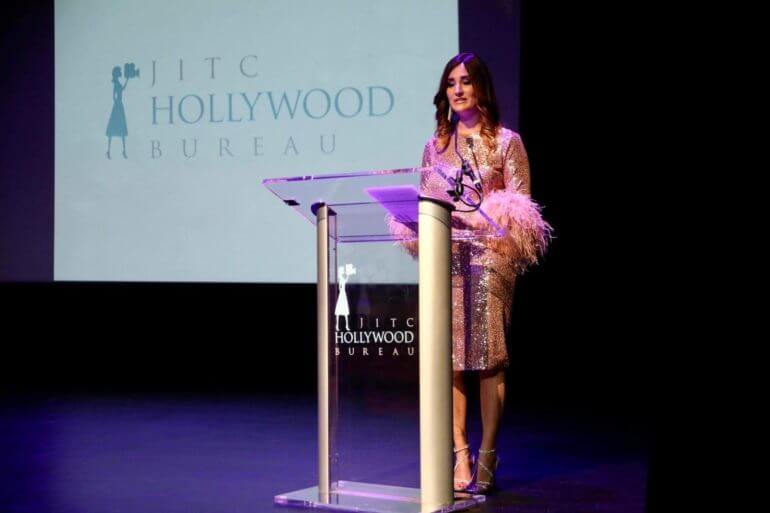 Good evening, and welcome to Jew in the City’s Hollywood Bureau Launch and 1st Media Awards. With Purim having recently passed, it gives me an excuse to talk about it! But the truth is that there are many connections between this holiday and how our organization got to this point.

Purim is a story about small, seemingly insignificant events, ultimately leading to the salvation of the Jewish people. King Achashverosh couldn’t sleep one night. He read a book while he was awake. It informed him that a Jew named Mordechai had saved his life and through seemingly random events, the Jews escaped Haman’s evil plot.

This summer, I couldn’t get over how many continuous negative portrayals there were of Orthodox Jews on Netflix. In passing, someone mentioned the Muslim Pac Hollywood Bureau to me. I was astounded (and frankly a little bit jealous). Jews are told that we control the media, yet look at how pitiful our depictions are.

Muslim depictions were very problematic some time ago, but I had noticed them getting better in recent times, and now I understood why. What did the Muslim community know that we didn’t? Building such a bureau seemed out of reach. Impossible.

But I spoke about it to our fans nonetheless, saying that someone should do it. And then one day, when I was trying to tag the MPac Hollywood Bureau on Instagram I accidentally tagged the NAACP Hollywood Bureau and I thought to myself – wait a minute – the Black community has one too? I immediately Googled “Asian Hollywood Bureau” and discovered CAPE, and realized that virtually every minority group but the Jews have one. And they all seem to be four letter acronyms. Which is perfect. Because Jew-in-the-City could launch the JITC Hollywood Bureau for the Jews. And that’s exactly what we did.

We began these conversations with the wonderful Sue Obeidi at MPac Hollywood Bureau – on the day after Thanksgiving. And since then, in only 3 1/2 months, we have spoken to most of the other Bureaus, and the Diversity Equity and Inclusion leadership at NBC, CBS, and Disney. Some of the networks have already asked us to train their executives and serve as consultants. They have noted what a poor job they have done at depicting our community with wholeness and humanity and are pledging to do better.

For 15 years we struggled to tell our story to the media. We toiled to give a voice to so many Jews who were feeling constantly assaulted on the screen, and then in a matter of a few short months, we reached Hollywood and found receptive listeners. We learn in a midrash on the Purim story that yeshuas Hashem k’heref ayin – “the salvation of God comes in the blink of an eye.” You can work for years and years towards a goal and then one day, it all suddenly falls into place.

And of course the last connection to Purim is the brave female leader named Esther who stepped up when it mattered. If I got my education about Jewish women from Hollywood, I’d believe that they’re all oppressed and voiceless. Good thing I’ve read our holy books. Esther had no prior experience taking on the most powerful kingdom in the world. She was just a courageous Jewish woman who knew that it was time to stand up for her people.

Jews don’t control Hollywood, but we started it. We started it because we didn’t have many professions open to us at that point in history, due to systemic Jew hatred. The men who started Hollywood sadly had internalized the antisemitism that has been plaguing us since before Haman’s time. And so they used this platform to hide their Jewishness, to ridicule their Jewishness, and to create stories of Jews leaving their Jewishness. A lot of other minorities also internalized the hatred other groups had for them.

But a new age has begun where other communities are thankfully leaning into who they are. Take a movie like Marvel’s Shang-Chi. The main character starts off far from his Chinese roots. He’s called Shawn, wears American clothing, and speaks English. But as the movie progresses, he reclaims his ancestral name, clothing, language, land, and martial arts. In the process of leaning into his heritage, Shawn, who is now Shang-Chi, becomes a hero. This is what I am committing to you tonight. We are going to do this for the Jewish community. We are going to show proud and committed Jews for the whole world to see.

That’s what these media awards are about. That’s why we are so excited to be giving David Fishof the first JITC Media Award for Rock Camp: The Movie. We only have one piece of media to award this year because frankly – depictions of Jews are awful. But as you’ll see from David’s story tonight, there is nothing more powerful than a Jew in a public space standing up for who he is, unapologetic for what he believes or practices.

And as we do our work, we’ll have more productions to award in future years. No more squirming in our own skin. No more running from who we are. Tonight begins the next chapter. 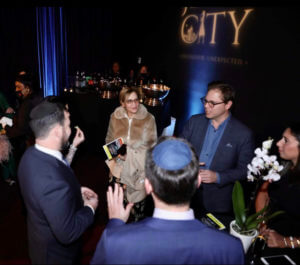 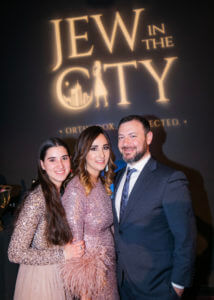 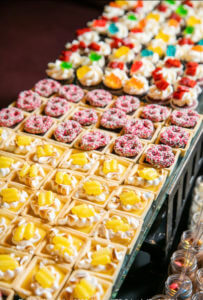 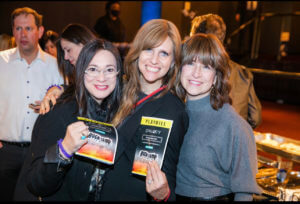 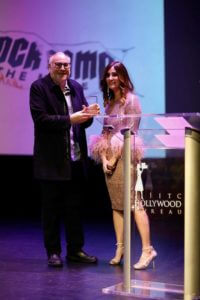