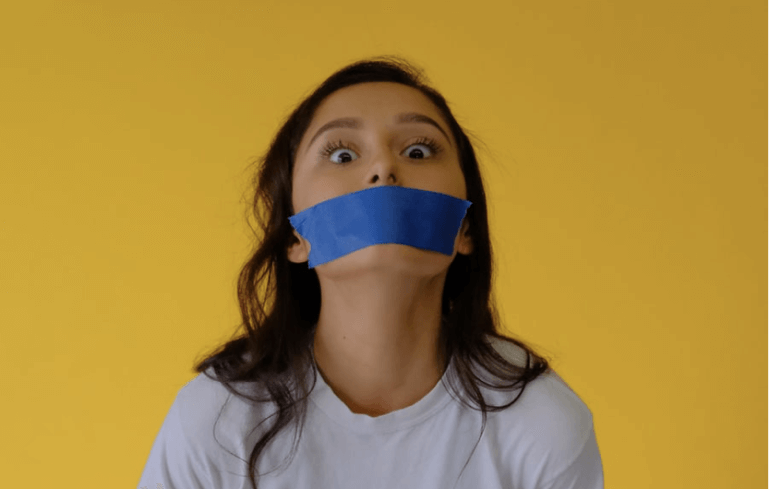 At the heart of the controversy surrounding Spotify and the Joe Rogan experience is the question of free speech. Some 70 episodes of his podcast were removed after musicians protested the platform for allowing him to spout misinformation and racial slurs. Is it okay for him to spread misinformation about COVID? What about when that information could potentially be harmful? What about his racial slurs? Does that come under his right to free speech as well? Or should Spotify be censoring his (and other) shows on their platform?

Let me clarify by sharing a story. Moses’s name was not mentioned in last week’s Torah portion, parshat Tetzaveh. Moses was the leader of the Jewish people and his name is mentioned frequently from his birth until his death, except in this particular portion of the Torah. It’s so unusual that it causes us to ask what is going on here.

Naturally, there’s a back story. When the Jews sinned by creating the golden calf, God was angry with him and threatened to wipe them out. Moses was their leader, and he saw it as his responsibility to save them. So he puthimself on the line and prays to God, ‘Save the Jewish people, or wipe my name out of your Torah.’ He cared for the Jewish people so intently that he was willing to wipe his name out of his life legacy (now, that’s what you call a leader!)

I’m sure we can all recall a time where someone said something to us and it made a tremendous impact on our lives — whether for better or for worse. When I was a teenager, I was having a conversation with a friend about the meaning of life, as teenagers do, and she said to me, “Wow, you have a real way with explaining things to other people.”

That comment made me think about how much I enjoy explaining things to others and it planted the seeds for what has turned into now more than 20 years as an educator. (I should probably go back and tell her how much that comment meant to me!)

We understand that words have a huge impact. That’s what is at the heart of the Spotify controversy. We understand that the words that someone uses, especially someone who has a huge platform has tremendous power. Judaism teaches us that with power comes responsibility. The more public someone is, the more influence they have, the greater that responsibility is.

Judaism focuses on responsibilities, not rights. Don’t we have rights as individuals? Of course we do, and the Talmud is filled with instructions of what to do when an individual’s rights are breached.

So why does the Torah focus on responsibilities and not rights? When we, as a society, focus on our responsibilities, the rights take care of themselves. For example, there are detailed laws of lashon hara, or gossip. We can’t say anything that will harm someone else’s reputation but there are times where we have to disclose information to protect others. When people take care of their responsibility to use their words correctly then everyone else’s rights of not being harmed by speech are automatically taken care of.

So instead of Judaism focusing on the right to free speech, the Torah teaches us how to use our speech responsibly.Our words are powerful, and like anything with power must be handled with extreme care.

The View Hated On Jews Before Whoopi Goldberg's Blunder