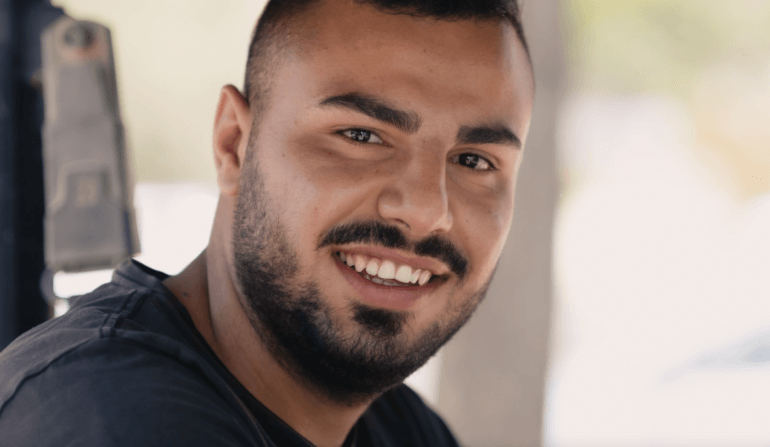 Too Many Jews Are Being Silenced About Our Racialized Experiences

For most of elementary school, I was the only Jewish girl in a class of over eighty kids. There were a couple of Jewish boys. While I was secular during my childhood, everyone in school knew I was a Jew. A neighbor called me a “Jewish jerk” and made guttural noises one day to explain that he was speaking my language. A girl in my fourth grade class told me that Jewish people howl at the moon and pray to the devil.

On top of the antisemitism I faced, my year-round olive skin made me into a curiosity throughout my childhood. Kids would frequently ask, “Why are you so dark?” “Did your mother eat too much chocolate when she was pregnant with you?” “Where are you from?” implying that I must be from somewhere exotic.

Although my skin color didn’t exactly give away my Jewish identity, it caused questions to be asked. And then I had a choice to make. Do I answer, “Russian,” or do I say, “Jewish?” If I said my family is from Russia, the response would always be, “But you don’t look Russian.” Which meant I had to answer more questions.

My town growing up was mostly Catholic Italian. So anything Italian was considered cool. In fifth grade, a new boy came to school. He was cute, and I could tell he liked me. Like everyone else who met me and saw my brown skin, he wanted to know where I was from. He was hoping I was Italian like him, but I said “no.”

He moved onto other brown minorities, and I kept being coy. I always thought of myself as a proud Jew, yet when I recently began to recall these memories, I realized that I rarely offered up “Jewish” right away when the questions would start. In the middle of the boy’s guessing game, another boy who knew my identity walked by. He quickly put the inquiry to rest. “She’s a Jew,” he blurted out, and then the boy who liked me and wanted to know who I was, looked disgusted and walked away.

I wrote an article last week about Jews not being white and it went viral. I described the confusing position brown Ashkenazi Jews like me have had to negotiate. Our lived experiences have shown us that our skin has been a topic of conversation, often outing us as Jews, yet because our families lived in Eastern Europe after they were forcibly exiled from previous lands, we have gotten labeled as “white.” We have both endured racialized experiences as Jews, yet have been told they weren’t possible because a few generations ago our ancestors lived in Europe. Some of us have Sephardic heritage somewhere in the mix, but because of systemic Jew hatred, records of our ancestors were destroyed. Some of us look dark simply because we are an indigenous people from the Levant.

I believe the article went viral because there are so many Ashkenazi Jews like me, who have both lived through numerous racialized experiences, yet are scared to speak about them because we are told they’re not possible. For many of us, we come from families where some of our siblings or parents are white-passing. So even our family may not understand what we have lived through.

One Ashkenazi man posted a comment that his grandmother was tortured by friends because of how dark his Ashkenazi mother was and he was thrilled and relieved that an Orthodox Jewish public figure was “finally, finally, finally” discussing the racialized experiences many Ashkenazi Jews live through. Another man posted that he’s frustrated because he’s Jewish and Mexican and people only consider him a Jew of color because of his Mexican part, when in fact it’s his Ashkenazi features that make him look so ethnic. (Even beyond skin color, many Ashkanazi Jews feel outed as Jews by their Semitic features and “Jewfros.” And of course, like other minorities have taken to skin-lightening treatments and eye surgeries, so too, many lighter Ashkenazi Jews have gotten nose jobs and straightened their hair in order to “blend.”)

The lifelong questions I had to answer about the color of my skin was something I rarely discussed with anyone, but I just started speaking to my parents about it. Apparently both of my parents also got comments about their brown skin and were the brown ones among their siblings like I am.

My mother’s mother was also olive-skinned. This grandmother, who died when I was ten, would call me her “little black one,” in Yiddish when I was growing up, as a term of endearment, though that word should not be used today as it can have racist undertones. I believe my grandmother was proud to have another brown person in the family. My mother just told me her mother would call her the same when she was growing up. Her sister (my aunt) had blond hair and blue eyes.

You may be wondering why any of this matters, and here’s why it does: The Jewish people have been stripped of our ethnic identity and our millennia-old persecution and marginalization with the minority narrative that has become popularized in recent years. Yes, some Jews are white-passing and have been able to benefit from that. But none of us have a white gentile experience.

We are considered privileged because in the U.S. right now, we are doing pretty well financially overall. This is a ignorant way to see our people. Our Haggadah – the national storytelling of the Jewish people – states that in every generation our enemies rise up to destroy us. All Jews live with this fear and insecurity, but since we don’t perfectly fit into any of the oppressed categories that exist right now, we are left out of the conversation.

So our community continues to be negatively depicted in media, and although Jews continue to feel less and less safe in the world, our fears are invalidated. I get that the Jewish experience complicates the intersectionality model, but for an initiative that was created for the goal of inclusivity, it is pretty hypocritical to not take the time to learn what makes being a Jew different and what non-Jewish allies can do to make us feel safe.

This was my experience growing up as a secular Ashkenazi Jewish girl with skin that made people comment and ask questions about my identity.

What’s your story of being outed or marginalized as a Jew?