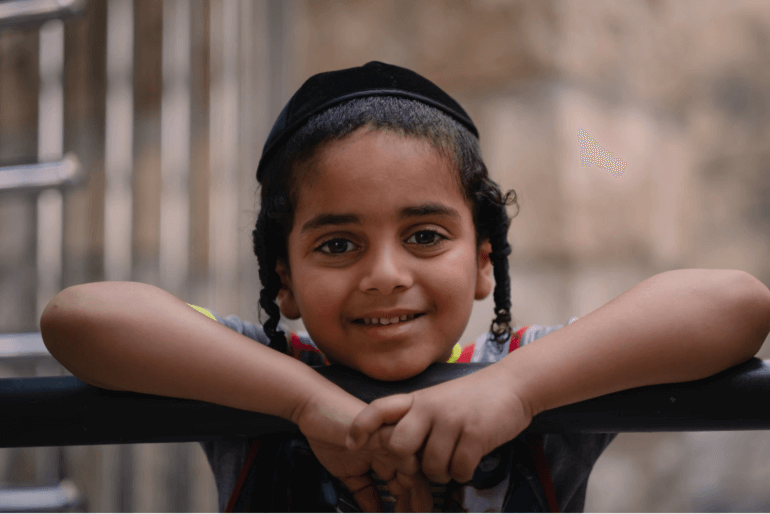 Jews Are Not “White” And We’re Not “Just a Religion”

Last week, a Sephardic member of our shul (synagogue) asked me which Middle Eastern country my family comes from. “None,” I explained, “We’re Ashkanazi.”

“Really?” he exclaimed, “I was certain you were Sephardic.”

After this encounter, I got to thinking: despite being completely Ashkanazi, with both sides of my family hailing from Ukraine, Russia and Poland, I have spent my entire life having to answer, “Why are you so dark?” and “Where are you from?” with the implication that it must be some place “exotic” or “ethnic.”

Although, we often hear that Ashkanazi Jews are “white-passing” with all of the privilege that entails (one of the reasons that some people who fight for minority rights always seem to exclude Jews), this generalization is actually not true. Another completely Ashkanazi friend of mine told me that growing up, because she is so dark, people always assumed she was black.

Some Ashkanazi Jews are white-passing, but instead of asking the darker Ashkanazi Jews, like me, why I’m so dark, the curiosity should really be about the lighter ones: Why aren’t they dark? They are part of an indigenous people that comes from the Middle East. And the answer to that question, in many (though not all) cases would be: “pogroms,” “blood libels,” “expulsions,” and “the Crusades.”

Just like there are lighter black people due to the horrific consequences of white slave owners raping black slaves, so too, many white-passing Jews look this way because some non-Jews in the countries we were forced to live in, after our exile – countries that never made us full citizens nor gave us full rights – had regular practices of raping Jewish women throughout the centuries.

Yes, some of the mixing of different races occurred due to intermarriage and conversion, but intermarriage was outlawed in many Ashkanazi countries for centuries, and Jews were forced to live separate from gentiles, in ghettos, making conversions less likely to occur.

This leads me to my next point about Jews not just being members of a religion. Sarah Silverman touched upon it last week in her widely viewed podcast about Jewface. We are an ethnicity, not just a religion.

In our holy books and prayers, we call ourselves “Am Yisrael.” We are the “nation of Israel,” not “the religion of Israel.” We are a family with a shared lineage, DNA, land, language, and culture. Yes, we allow people to be “adopted” into our family, by way of conversion, but you can never leave our people.

A Jew, according to Jewish law, can never stop being a Jew, no matter what he doesn’t practice or believe. That’s because you can’t technically ever stop being part of your family. I think the Jewish people are more like a Native American tribe than a religion: a tribal family with spiritual practices, rather than a faith you can just convert into and out of, like Christianity.

Why do these classifications matter? Because not only is antisemitism on the rise around the world, we are simultaneously being gaslit that anything is wrong. The only thing worse than abuse by itself is abuse that is delegitimized. To add insult to injury, while much of the world has woken up to the plight of so many minorities, Jews get excluded from the minority classifications again and again because we are seen as a privileged group.

In fact, there have been social media campaigns from the far left and far right with the hashtags #whitejewishprivilege and #jewishprivilege to prove the “special” treatment Jews are afforded by society even though the FBI continues to show that we are the most attacked religious minority in the country.

Yes, of course it is a privilege to be part of our awesome nation, but identifiable Jews are feeling less safe than ever. (Each of my teenage daughters were called “kike” and “Jew,” while walking with friends on the street in the recent past. What a terrifying thought to consider that we and our loved ones are walking targets.)

If we don’t advocate for ourselves, who will?

According to the Talmud, antisemitism is a spiritual disease that finds a way to exist in every time and place while the Jews are in exile. So according to traditional Jewish thought, it would make sense that even in a time and place where minorities are being protected, Jews would continue to be forgotten, even by many of the people passionate about protecting others.

But still, I’d like to test the theory. I’d like to offer up our history and peoplehood authentically, not with the ways it’s been packaged by others in order to remove us from the minority conversation and see what happens.

If they do, we’ll be safer.  If they don’t, our faith will be stronger.

What Is The Meaning Behind Rainbows In The Torah?

Hollywood Does Have a Jewface Problem, But It's Broader Than Sarah Silverman's Definition