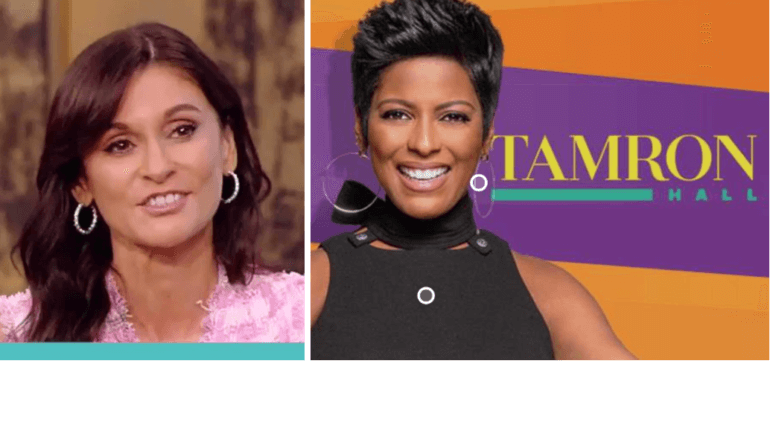 Taking Back Our Orthodox Life Story

Last week, Julia Haart appeared as a guest on the Tamron Hall show and when asked about her divorce, she sighed and replied that her divorce took eight years. She segued into a description about the laws of Jewish divorce where a women in “her world” have to ask their husbands for a gett in order to obtain a kosher divorce. Julia explained how Jewish men from where she “came from” withhold getts from their wives, chaining them to bad marriages for many years. She shared that her ex-husband’s job was to police her life, as was the custom in her world.

Viewers who are familiar with the respectable ex-husband of Julia from the show, “My Unorthodox Life,” may have been confused by her comments. I know I was.  Was her lovely, polite ex-husband also a gett refuser, and did Julia suffer as an agunah? Or did her divorce take a long time for another reason, and her story about gett refusal was yet another example of Julia compiling the worst stories that are possible in the Orthodox world, pretending they are her own, even though they did not actually happen to her? (It appears the answer is the latter.)

The talk show host then asked the million dollar question: “Doesn’t anyone ever stick up for these women?” To which Julia shrugged and said sadly, “these are the laws and they have to go.” This is a false assertion and doesn’t answer the question posed to her – The implication that no one does anything about this. How outrageous.

While the ketubah (the Jewish marriage document) was progressive when it was introduced into the ancient world, offering a woman shelter, clothing and food, instead of men impregnating a woman and moving on, the fact that a husband owes support to his wife (and she not to him) makes the dissolution of a marriage more complicated. This is not an easy mitzvah to understand, and yet, Jews have been standing by and helping chained women for as long as there has been marriage.

The age-old custom was to rough up the recalcitrant husband until he “saw the light” and released his wife. By the Middle Ages, the rabbis of Mainz and Worms had created a series of documents called the Nachlas Shiva, which cleverly used Jewish law to motivate the husband to give the gett by stipulating that if he insisted on staying married to his wife, he had to cough up money for her support. These documents inspired the Halachic prenup, which was drafted over 30 years ago and has been 100% effective at preventing recalcitrance when duly signed and executed. It now has universal buy-in in the modern and centrist Orthodox world and growing support in the Haredi world. Additionally, a Haredi (ultra-Orthodox world) version has been drafted too, with backing from some of the most respected rabbis of this community via the Yashar Coalition. God willing with time, it will become ubiquitous.

Organizations such as ORA (Organization for the Resolution of Agunot) have been around for years. Other grassroots organizations rally for women on social media and put extreme pressure on recalcitrant men to provide Jewish getts for the women. But, none of that is mentioned by Julia, because it doesn’t fit with her agenda to tell her story about what she calls her former ultra-Orthodox life. I was stunned by the false implications that she was a victim of gett refusal, and her misstatement that no one does anything about it.

Julia spoke on another talk show, and shared how women are relegated to child bearing, and men are the only ones who are forward facing. No higher education was allowed for women in Julia’s world, according to her reports, no reading literature for her until she prepared for her so-called exit/escape from her community, no magazines except in secret, no movies until she was finally acclimating to the big-wide-world by watching movies from the fifties and sixties first. Slowly, slowly – in secret, she began watching more risque movies. Julia’s life was apparently boring and no fun.

Her consistent message is that her old world was one where men and women had totally unmovable roles: women were relegated to having babies and staying home. Men are the breadwinners. End of story.

Again, it’s not my story. Nor is it for thousands of women whom I’ve met in my six decades as a frum-from-birth woman. Hundreds, if not thousands of Orthodox women – from modern Orthodox to Hasidic, participate in sports, exercise, read books, and earn high academic degrees, but none of this is acknowledged by Julia.

Our story is not hers to tell. Our story  – as unfortunately depicted by her when she says “in the world I was raised,” and “the ultra-Orthodox world where I grew up” and such phrases – are inaccurate at best, and untruthful at worst. So, when Julia uses her platform to declare generalities about large swaths of Orthodoxy as backward, she needs to be called out on it.

Jewish Orthodoxy – from modern to Haredi – is a religion of respect for the law – even the difficult ones. Yes, there are nuances and different ways that rabbis interpret the laws, but Orthodox Jews follow those laws to some degree. To watch Julia spout incomplete facts about our laws and the way they are dealt with is disturbing.

Julia’s reasons for sharing this shocking information with the public is for her so-called mission to save troubled souls from the oppressed situation that she was once in.

While it’s wonderful for her that she found peace and her freedom from her traumatic past, and while we acknowledge that to her, the laws might have been constraining, we also need to say our truth.

Women like myself who have earned graduate degrees and live in the wider world while following religious laws, are happy with our own lives. When earning educational degrees or working in secular environments, we uphold our standards proudly. For example, while earning my Music Therapy degree, there were many times I had to get special permission from professors in college to leave early from a late Friday class in order to make it home in time for Shabbos.

Workarounds are sometimes complicated, but they’re worth it. In the end, I earned the respect of my colleagues and peers who admired my convictions to religion. Mostly, I maintained my self-respect and integrity.

Julia’s newest crusade is to stop the trend of young girls being coerced to marry as teenagers. The fact that many Orthodox women marry in their early to mid twenties, is not acknowledged by Julia. Maybe her own family all married younger than twenty. Again, that’s her story; but again, it’s not mine or that of many others whom I know.  She tells her story based on her own personal and family experience.

The telling of her story need not require twisting and warping our larger story out of shape. Her descriptions of Orthodox Judaism through half-stories, partial truths and shallow interpretation are consistently being shared by her in the media. Whether it’s the Orthodox world’s position on Agunah issues, education, sports, physical fitness, fashion, marriage, boundaries, relationships, or feminism, Julia Haart’s stories about us have proven time and time again to have holes in every fur-lined thread of each self-spun tale. To leave one’s religion is a personal choice and anyone’s prerogative. But, for those of us who observe the Jewish laws, our ultra-Orthodox world represents empowerment and beauty, fulfillment and freedom.

Miriam Hendeles is a writer and music therapist, working with patients in hospice care. She is a blogger at miriam-Hendeles.com and author of “Mazel Tov! It’s a Bubby!” and “Best Foot Forward.” She lives in Los Angeles with her husband and thankfully some of her adult kids and grandchildren nearby.

What is Cholent and Why Do Jews Eat It?

This is What it Was Like in Lev Tahor