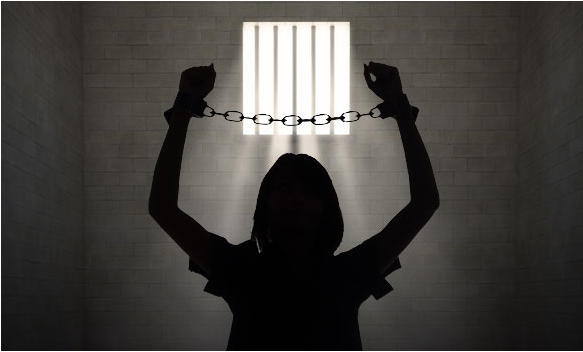 Orthodox Jewish Divorce Is Complicated And So Is Being a Woman

Orthodox Jewish divorce (get) has made many headlines recently, which has caused me – as an Orthodox Jewish woman – to do a lot of thinking about the issue itself and about being a woman in general. A few weeks ago, a group of rabbis were arrested and charged with kidnapping and torturing recalcitrant husbands who refused to free their “chained” wives (agunos) from their marriages – essentially vigilante justice towards abusive husbands.

Women whose husbands refuse to give them gets are thankfully pretty rare, but every case that exists is one too many and involves human suffering. How then, do we come to terms with the fact that the Torah, which we believe is perfect and meant for all times, could allow a man to take advantage of his wife through their marriage contract? I don’t have any simple or perfect answers to this question, but this is what I’m working through as I try to make (some) sense of it for myself:

First off, it’s important to note that while a man technically may be able to withhold a get from his wife, the Torah certainly doesn’t allow it. The Torah on one foot (according to Hillel) is “What is hateful to you, do not do to your fellow.” There is no Torah justification for holding someone hostage – in the literal sense or the marital one.

Second, we must understand the purpose of Jewish marriage before we can understand Jewish divorce. The Jewish marriage contract – the ketubah – is essentially a bill of rights for a woman – what her husband owes to her. In the musical Les Miserables, the character Fontine sings her heart out: “He slept a summer by my side, he filled my days with endless wonder, he took my childhood in his stride, but he was gone when autumn came.” Fontine falls in love with a guy and he gets her pregnant, but then her man skips town, and she is left to care for their child all by herself which does not end well!

Fontine’s story is horrible, but unfortunately, not so an uncommon. This was (and sadly still is in some places) the scenario for countless women until the ketubah came out and told men “You cannot just use her and move on to the next one. Becoming intimate with a woman means that you must take care of her – with food and clothing and sexual satisfaction.” (Yes, thousands of years ago the rabbis considered sexual satisfaction to be one of a woman’s rights in marriage!) The ketubah was an amazing break through for women when it was introduced to the world.

Also, unlike other religions, Judaism has always allowed for divorce. It’s something we try to avoid doing, if possible, but the Torah recognizes that divorce is sometimes necessary. A man who wants to become intimate with a woman must provide her with the aforementioned things, but if the relationship doesn’t work out and he wants to divorce her, he can’t just leave her with nothing. The ketubah also requires him to pay a sum of money for divorcing her.

Now the divorce process used to just be in the man’s hands because the marriage, essentially, was everything he was giving her, and no woman in ancient times would have wanted to be without a husband – no matter how bad he was. That is actually why polygamy used to be allowed. It was never considered ideal, but it was necessary in a world where women couldn’t survive without husbands. And in an era with lots of wars, there weren’t always enough husbands to go around.

But then society started changing and women could survive without being married, so the rabbis (headed up by Rebbeinu Gershom), on their own accord, made things stricter for themselves and took away their right to marry more than one woman. To prevent this decree from causing flippant divorces previously unnecessary, the rabbis also decreed that a woman may not be divorced against her will. In the most extreme cases, however, like if a wife goes missing, or refuses to accept a get for an extended period, a Jewish court will only permit a man to remarry after one hundred rabbis (heter meah rabbanim)  agree to issue an exemption. I spoke to my rabbi over Shabbos about this. I suggested that maybe we should just take away this 100 rabbi clause for men – make ’em all suffer! He noted that trapping men in marriages with unreasonable wives wouldn’t help the cause for freeing women from unreasonable husbands. I begrudgingly concurred.

As I was working through these issues: the need to keep the guy around when many men have a tendency to use a woman and leave her, the need for polygamy in a time when women couldn’t survive unmarried, I realized what was really bothering me: It’s because women were created to be more vulnerable than men that we  get taken advantage of. Yes, it would be nice if the Torah also had a clause to end marriages unilaterally in extreme cases (so it’s not like I have a perfect answer to that), but throughout history men have done a whole lot of damage to women.

Comedian Louis C.K. actually has a hysterical bit on this phenomenon called “There is no greater threat to women than men.” It’s funny because it’s true, but the truth is so very painful. That’s not to say that women never hurt men and it’s not to say that women aren’t strong beings. (We are in SO many ways!) But at the end of the day – due to our size and the fact that we bear children – up against men, we are left vulnerable. I started looking up some statistics on just how many women get hurt by men. The numbers were staggering! In a recent New York Times article, it was reported that, “Nearly one in five women surveyed said they had been raped or had experienced an attempted rape at some point, and one in four reported having been beaten by an intimate partner. One in six women have been stalked, according to the report…One-third of women said they had been victims of a rape, beating or stalking, or a combination of assaults.” On another site, I saw that women are more than three times as likely as men to get stalked, 87% of the stalkers identified by their victims were male, and 62% of women were stalked by someone they were once romantic with.

Why did God make women more susceptible to getting hurt? That is a really big question. God also made certain races “less desirable” throughout history and certain people with handicaps. I cannot answer the question as to why God made the world imbalanced as it is except to say that once we see the imbalances it is up to us to correct them. It is up to us to do good. It is up to us to repair. Herman Melville, the author of Moby Dick said “to truly enjoy bodily warmth, some small part of you must be cold, for there is no quality in this word that is not what it is merely by contrast.” When there is lacking, there is the opportunity for giving. Would I have designed the world like that if it were up to me? Of course not. But I am not God, and I cannot understand or justify human suffering.

What I do understand, though, is that the Torah has always commanded us to “not mistreat the widow or orphan” and to “love the stranger.” We have been exhorted to help the weak and oppressed. Jewish law has the ability to adapt somewhat and has adapted in changing societal situations to protect women from the men who try to hurt them. But because we have no centralized Jewish court in the diaspora, there is less that we can do. (The halachic pre-nup is a solution which has worked 100% of the time since it came into use twenty years ago and requires the man to pay a a steep monetary fine for every day he insists on staying married to his wife who no longer wants to be married to him.)

In modern-day Israel, rabbinical courts have the power to sentence a husband to prison, and to impose additional penalties within prison such as solitary confinement to compel him to grant his wife a get. Rabbinical courts outside of Israel do not have power to enforce such penalties. Instead some will beat up the men – like the recent vigilante case. Others take to social media to wage their wars to freedom.

We cannot explain why the imbalances exist, but it is up to us to support people everywhere who are hurting because of them….

NOTE: An earlier version of this article said that heter me’ah rabbanim let men marry a second woman. It has since been edited.

AMAZING Challah Recipe and the Meaning Behind the Mitzvah