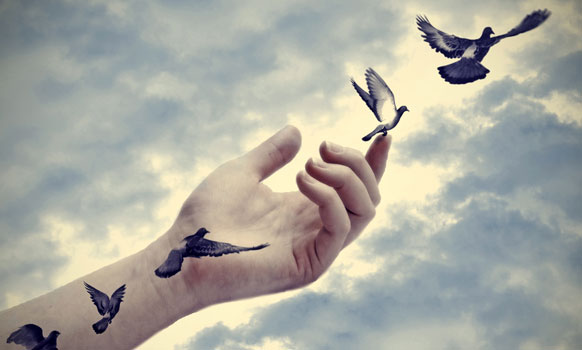 Jew in the City was founded in order to break down stereotypes about the Orthodox community and publicize all the positive news about religious Jews that rarely makes the news. But about a year ago I realized that some of the negative ideas people have about our community aren’t based on “bad apples” or misconceptions. They’re based on real problems which WE need to fix. We can’t just make the Orthodox world LOOK good, we have to make sure the Orthodox world IS good.

Now it’s kind of hard to tackle communal-wide problems (especially when you’re trying to run and grow an organization!), but then I heard that for one of the issues which has gotten worse in the last year, there is a (nearly) foolproof solution! I am speaking about the agunah crisis (more info on the solution below!).

Why has this situation gotten worse? Thousands of years ago, women had to be married in order to survive. Once that was no longer the case and women could do better divorced than with bad husbands, the Rabbis sanctioned a method of freeing “chained” women. As Maimonides codified, the Jewish courts are permitted to rough up a recalcitrant husband until he stated that he wanted to give his wife a get (Jewish divorce). At times when there were centralized Jewish courts (in Israel) or where the secular government gave Jews the power to self-police their own society (in medieval and early modern Europe and elsewhere), this method worked. The problem is, Jewish courts don’t have that authority anymore, and torturing people for not giving a get (as a group of Orthodox Jewish men were found to be doing a year ago) will land you in jail. With few options left to freedom, more and more agunos are going to the media instead to try to create pressure on their husbands to give a get (so much so that when we filmed this video over the summer and asked a dozen random New Yorkers what they know about Orthodox Jews, two of them told us they know we have problems with divorce!) Rather than try to sweep this problem under the rug—which won’t work and won’t bring relief to agunos—JITC is trying to solve it.

So what is this nearly foolproof solution to the agunah crisis? The Halachic Prenup. It has worked 100% in 20 YEARS of use (for couples who duly signed and executed it). But the problem is, it is has not gained much traction outside of the Modern and Centrist Orthodox communities. That has been its biggest flaw – DISUSE. So we decided to try to do something about that.

JITC has been working over the last several months to reach out to our “unofficial team” of Haredi friends and contacts and find out which Haredi rabbis we should approach to get their approval. What we learned is that just like many people outside of our community judge us based on misconceptions and misinformation, so too, many people in the Haredi world were judging the prenup for the same reasons. And so we’ve been using our platforms across social media to spread the word and educate people in the Haredi communities to adopt this practice and respond to concerns they had.

We are pleased to announce a rather impressive list of Haredi rabbis who support the halachic prenup (some previously known, some brand new – some we will announce later as we are still in talks with them): Rav Dovid Cohen, Rav Shmuel Fuerst, Rav Nota Greenblatt, Rav Yitzchok Berkovitz, Rabbi Yechiel Perr (he created his own version), Rav Zalmen Nechemia Goldberg, Rav Osher Weiss, Rabbi Ovadia Yosef z”l, Rav Yitzchak Yosef, Rav Moshe D. Gutnick and a couple other big Chabad poskim who believe it is kosher but who have not gone public about it yet. Rabbi Yosef Feigelstock has created his own version of the prenup which was edited by Rav Zalman Nechemia Goldberg and approved in writing by both Rav Goldberg as well as Rav Tzion Boaron – a Posek and Dayan on the Bes Din HaGadol. Rav Yehoram Ulman is working to have this prenup approved by poskim and dayanim in Israel. (Scroll down to the end of the post to see more about each rabbi.)

Couples who are already married can be protected too by signing a halachic “postnup.” It is kosher, it is effective and we can end this crisis together if we all “buy in.” On Sunday, March 29th there is going to be a historic event. The first Haredi organized postnup party will be occurring in Brooklyn from 7:30-9pm at Chevra Ahavas Yisrael. My husband (who I have been happily married to for fifteen years) and I will attend this party and sign our postnup! Not because, God forbid, we worry that our marriage is in danger but because we want to publicize and normalize this practice. If you live in or near Brooklyn (or have friends who do) please join us or tell your friends to join us that night.

(After this party, we are going to plan a “crowd signing postnup campaign” – it’s like “crowd funding” but getting people all over the world to sign the postnup over a 2 week period and then add their name to the list.)

I was raised to believe that Orthodox Jews didn’t care about women. I was raised to believe that Orthodox Jews had a system of Jewish law that was so stuck they had no ability to use built-in tools to adapt with changing times. Neither of those things are true. We DO care about women and all people who could be taken advantage of. We DO possess tools to adapt as times change. (Though, there still are limits.) We must spread the word and protect women everywhere. (If you are Haredi – please join us on March 29 or tell your New York based Haredi friends about the postnup party. And if you can’t be there, look out for a future article about the “crowd-signing” campaign.)

-Rav Dovid Cohen had been telling couples who asked him (about the RCA/BDA prenup) to sign it, but had never been public about that. I called him over the summer and pushed him. I told him the situation is more dire than ever and people are losing hope in halacha’s ability to help in such situations and that it’s a chillul Hashem when the only option there is is going to the media. He told me I could tell people he recommends it.

-Rav Shmuel Fuerst just came out in support of ORA whose main activities include spreading the prenup/postnup http://media.wix.com/ugd/e5498d_e3b6558e645549cc9fe89021038c9a46.pdf He also wrote something in HaModia about the prenup in November (see end of article) ““HaRav Shmuel Fuerst, dayan of Agudath Ysrael in the Midwest, spoke about Klal Israel’s pressing need to institute the ubiquitous use of prenuptial agreements.” http://tabletmag.com/jewish-life-and-religion/189149/sign-on-the-dotted-line He is also having an event in Chicago on April 26 to speak about the prenup.

-Rav Nota Greenblatt – I spoke to him on the phone last week. He recommends the RCA/BDA prenup all the time, told me I could tell people he does and had no idea if it worked. I told him it works remarkably well!

-Rav Moshe Heinemann – See his letter of endorsement for ORA here http://www.getora.org/#!rabbinic-endorsements/c1b whose primary activities include spreading the prenup/postnup

– Rav Yitzchok Berkovitz – A yeshivish woman who is the head of a major kiruv organization called him after I asked her to check. He supports prenups, said the RCA/BDA one is kosher but he prefers the language of the Israeli one because he thinks it’s easier for a layman to understand.

-Rabbi Perr – I was told that he supports prenups by the head of the Cleveland Kollel (who after speaking to him through another rav supports it too). He has his own version. I had a quick call with Rabbi Perr a couple months ago and he indeed does.

-Rav Yitzchak Yosef, along with every rabbi in Mexico supports the prenup according to a rebbetzin in Central America who’s been working on this with her husband and posted about it on Facebook.

-Rabbi Ulman and Rabbi Feigelstock drafted their own version of a prenup which has been approved by Rav Zalmen Nechemia Golderg and Rav Boaron.

When Do You Mention Shabbos Observance in A Job Interview?