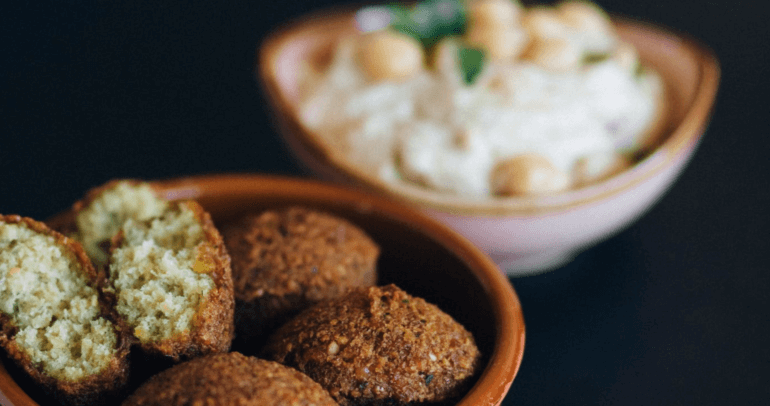 “I live in New York,” I said to myself. “It’s the easiest place in the world to keep kosher besides some cities in Israel.” Though I was just a high school student, and most of my family was not religious, I took it upon myself to keep kosher. Being Jewish – especially being Orthodox – is often about making an effort, even though things can be a little inconvenient or awkward at times. Especially for someone becoming religious, there can be strange conversations with friends and family about why you don’t want to eat in their home or favorite restaurant anymore. Still, I navigated these conversations as best I could, and – with two or three mistakes of food mislabelled and the like – I have been kosher ever since.

Despite this undertaking, I didn’t dive into the rationales behind this practice, and while I had heard the local rabbi discuss some justifications for this practice, I didn’t internalize any reasons as my own. Yet kashrut – the dietary law – is one of the most public features of Orthodox Jewish life, as anyone who has attended a non-Jewish college or worked in a non-Jewish firm can attest (though thank God, many institutions go out of their way to provide kosher food). Though that decision to keep kosher was many years ago, I only recently decided to assemble some of the more common explanations for why Jews keep kosher:

The idea of “complete service” is very close to the modern ideas of mindfulness. So many times, we eat as a means to an end: to satisfy our appetites or even to alleviate stress. But this is not mindful eating – it’s functional eating… or dysfunctional eating. The antidote is of course to be mindful of what we consume – to promote physical and spiritual health, as well as gratitude to God.

There isn’t “one right answer” to why we keep kosher, and the anthropologist E.E. Evans-Pritchard points out that religious people can often differ as to why they engage in a practice, but what matters is that they all observe the tradition in the same way. This holds true even as fundamental as keeping kosher: this summary showcases literary, philosophical, and mystical explanations, and while people don’t always agree on the underlying rationale, they do agree that keeping kosher is a central religious value. The kosher practices are a cause for confusion, not only from the outside world, but also among ourselves.

I was once in an situation where co-workers invited me to a bagel shop and told me it was kosher, but I had heard that the supervision might be questionable, and it was quite awkward for me to decline the invitation, despite their protestations that I could eat there. I tried to be respectful – as well as playful – about the situation, but despite their enthusiasm and desire to accommodate, I had to very politely find a way to avoid going with them.

Kashrut can be a time-consuming mitzvah to keep, and since it is conspicuous, it can lead to some awkward interactions every now and then. Thank God we live in a world where most people are respectful, where even the awkwardness comes out of goodwill and not malice, and where every supermarket in the country carries food that is certified as kosher. In a place like to New York, there is an abundance of kosher restaurants. This is truly one of the easiest times in the history of world for a Jew to keep kosher: “those who seek the Lord lack no good thing” – even a gourmet dinner (Psalm 34:11).

By understanding the reasons why we do so a little more deeply, maybe we can appreciate that all of the effort involved in this commandment can be a source of meaning and inspiration.

Alec Goldstein received his rabbinic ordination from Yeshiva University, where he also earned his undergraduate degree in French Language & Literature. He also holds a Master’s in Accountancy from Baruch College. He is the author of A Theology of Holiness and Maimonides on the Book of Exodus, and is the founder of Kodesh Press (kodeshpress.com). He can be reached at rabbialecgoldstein@gmail.com