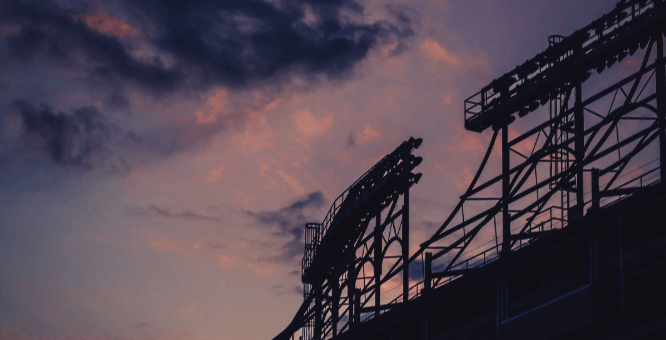 Jacob Steinmetz and Elie Kligman both just made history as the first Orthodox Jewish players to be drafted to the MLB. Steinmetz plays baseball on Shabbos but Kligman doesn’t. How can both be considered “Shabbos observant” with this difference?

The answer to this question is going to give you a bit of a peek “behind the curtain” at Jew in the City – at least to my small end of things.

Some questions that I answer for JITC are emailed directly to me but most are forwarded by the JITC staff. Of these, I simply answer most and send them the replies to post but sometimes we confer. This could be because I need more information, to clarify a mistaken impression in the question as submitted, or to give the powers-that-be a heads-up that I intend to answer the question in a manner different than they may expect. For this question, we had a surprising – and unprecedented – amount of back and forth before I sat down to pen this reply.

I questioned how Steinmetz could be considered Sabbath-observant if he plays ball on Shabbos. Apparently, he stays in hotels near the various ballparks and walks to the stadiums so he doesn’t ride. That’s certainly a level of observance and nothing to scoff at. Still, his job is to play baseball, so he’s working on Shabbos.

An important difference between these cases and playing baseball on Shabbos is that the sermon, the Torah-reading, the youth groups – plus the babysitter and the caterer – are all inherently permissible activities, necessary for the enhancement of Shabbos. Playing ball, I said, is a Shabbos-prohibited activity, so schar Shabbos b’havla’ah doesn’t really justify it.

“But we let kids play ball on Shabbos…?” I was asked. Another good point! And here’s where things get really tricky.

As far as playing ball, the Shulchan Aruch (OC 308:45) prohibits doing so on Shabbos. The Rema there writes that the common practice is to be lenient but various authorities (Magen Avraham 518:4, Mishnah Brurah 518:9, Taz 518:2, et al.) limit this leniency to children under the age of bar or bas mitzvah. Badei HaShulchan (110:16) limits the Rema’s leniency to “pick-up” games and does not permit scheduling ball games to be played on Shabbos.

So, while the majority of authorities would not permit one to play baseball on Shabbos even non-professionally, it is entirely possible that Steinmetz consulted with a rabbi who permitted ball-playing according to the Aruch HaShulchan, combined with the leniency of schar Shabbos b’havla’ah. If so, this is perfectly legitimate but that doesn’t give you license to play ball on Shabbos. You have to ask your rabbi. As we’ve seen, the majority of authorities prohibit this, so your answer is likely to be no.

This whole question reminded me of when Ivanka Trump and Jared Kushner took a limo to her father’s inauguration on Shabbos. Not attending was not an option. (Anti-Semites certainly would have made charges of dual loyalties and other dangerous things.) Walking wasn’t really an option for security reasons. They consulted a rabbi, who permitted them to travel as passengers in a car. As I wrote at the time, if people had issues with this decision, their gripe was not with the Kushners (who did the right thing by consulting a rabbi) but with the rabbi they consulted.

There are certainly different ways to keep Shabbos. There’s a stringency that some observe not to open the freezer door on Shabbos unless the motor is cycling. I once heard of a family in Israel that had guests for Friday night dinner and the hostess prepared a frozen dessert. They waited and waited for the motor to cycle but it never did and the guests were getting tired. The host consulted a rav who lived in the same building. He came to their apartment, said, “I don’t follow this stringency” and opened the freezer.

Additionally, sometimes one person gets a pass to do something normally prohibited. My father suffered from dementia in the last years of his life. A prominent rav told me that if he called on Shabbos, I had to answer the phone. What was prohibited to most was not only permitted to me, it was obligatory!

Honestly, I think we spend way too much time worrying about the spirituality of our baseball players, our first daughters, our reggae singers, our vice-presidential candidates and our Next Top Models. We can certainly be proud of these people but they’re not meant to be our religious exemplars.

I once heard it said that, “Everyone worries about what’s in their own pocket and the other guy’s soul. They should be worried about what’s in the other guy’s pocket and in their own soul.” None of us would like our religious observance placed under a microscope. If someone is doing no harm (i.e., by intentionally misleading others), let’s give them benefit of the doubt that they asked a rabbi and are acting in accordance with his advice. Meanwhile, we should consult our own rabbis and teachers, not our celebrities, for the best ways that we can observe Shabbos.