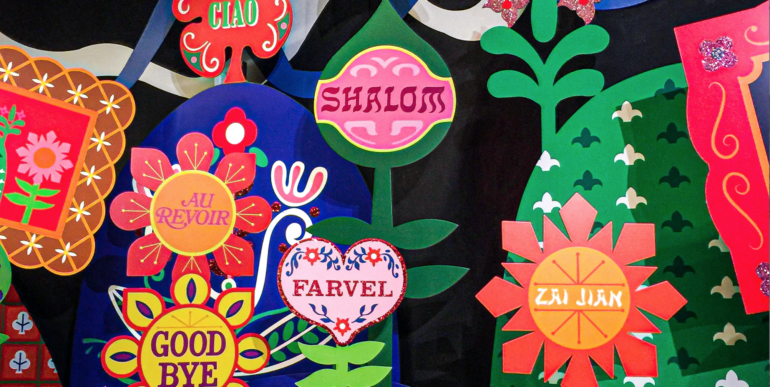 What Language Do Orthodox Jews Speak?

What language do Orthodox Jews speak?

Thanks for your question but it’s a little like asking what language Catholics speak. (I doubt very much you’d expect all Catholics to speak Latin!)

Hebrew is the traditional language of the Jewish people – that’s the language in which Tanach (the Jewish Bible) and most of our prayers are written. However, we were exiled for the umpteenth time when the second Temple was destroyed and ultimately dispersed all over the world. The center of Jewish life moved to Babylonia and Aramaic became the common language. (The Talmud is written in Aramaic.) But Jews in other lands spoke whatever was spoken in their countries of residence – German, Spanish, French, Dutch – whatever. (I’m an Orthodox Jew and I speak English!)

In some places, Jewish dialects of local languages arose. The most famous of these is Yiddish (literally “Jewish”), a variant language derived from German. The next-well-known is Ladino, which evolved from Spanish; the work Me’am Loez was written in Ladino. (The words “me’am loez” come from Psalms 114:1 and mean “from a nation of a foreign language.”) There have also been Jewish dialects of Italian, Russian, Arabic and many other languages.

Most Orthodox Jews read Hebrew at least well enough to recite the various prayers but this is not obligatory; one certainly need not be fluent in Hebrew. (And, like all languages, Hebrew has evolved. I can translate the 2,000-year-old Mishna with relative ease but I would stumble my way through a modern-day Israeli newspaper.) Speaking of the Mishna, the seventh chapter of tractate Sotah discusses which religious texts must be recited in Hebrew and which may be recited in any language. We see that Hebrew being less than universal has been the case since time immemorial.

Jews who study Talmud and/or who review the weekly Torah portion with the translation of Onkelos may be fairly proficient in reading and understanding Aramaic but nobody really speaks it today.

In the more insular “ultra-Orthodox” Jewish communities, Yiddish may be the primary language but this is hardly true of Orthodox Jews as a whole. Generally speaking, Jews in Alabama speak English, Jews in Sao Paulo speak Portuguese and Jews in Tehran speak Farsi. This is true whether they’re Orthodox or not.

I didn’t mention “Yeshivish,” which is an Orthodox Jewish variant dialect of English, much the same way that Ebonics is an African-American variant dialect. Yeshivish includes vocabulary and sentence structure inherited from Hebrew, Yiddish and even Aramaic (in the form of familiar Talmudic expressions). Such a dialect probably represents an intermediate step towards how hybrid languages like Yiddish developed. Mimah nafshoch, it’s takeh not a language gamur, so the velt doesn’t hold by it. (That’s Yeshivish for “Either way, it’s not actually a full-fledged language, so the world doesn’t accept it as such.”)