Major Res., Yossi Levy is the CEO of Nahal Haredi. Born in Jerusalem, educated in ultra-Orthodox institutions, he served in the Netzach Yehuda Battalion as a soldier, commander and infantry officer, was released after serving as an officer in the operations division of the Netzach Yehuda Battalion. He founded the first Haredi Soldier house in Israel for lone soldiers, the Haredi hesder yeshiva Betzavta and the Haredi prep school Rashit. He holds a Bachelor’s degree in Mathematics and Computer Science from the Open University and serves in the reserve as a unit commander of the 217 (Duvdevan) veterans in the 21st Battalion.

Jew in the City Reacts to My Unorthodox Life 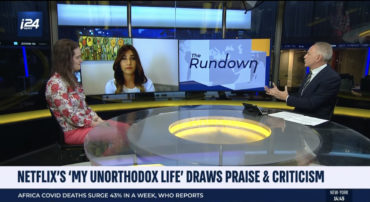 Jew in the City Responds To My Unorthodox Life on i24news

What Does Sense of Smell Mean in Judaism (and What Happens if You Lost it Due to Covid?)

Covid Shifted Their Priorities And Showed Them They Could Work From Anywhere, So They Made Aliyah