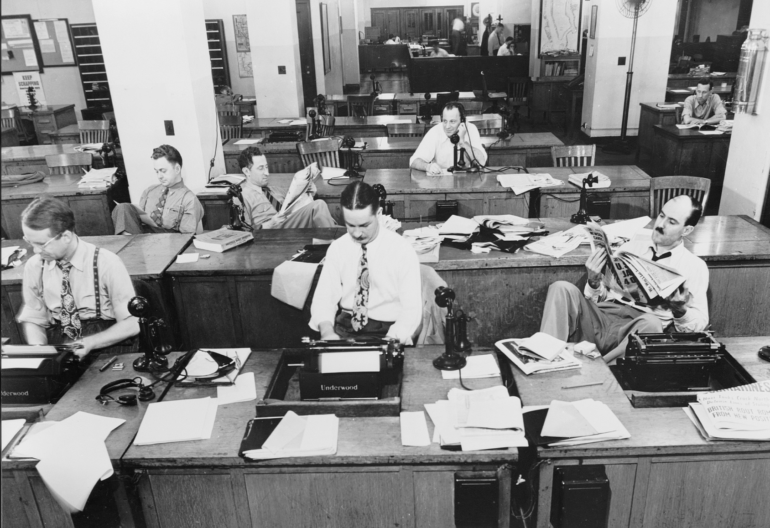 This week, not one but two viciously anti-semitic articles were written in two major New York based news outlets. I heard about the New York Times article first, from Newsweek deputy opinion editor, Batya Ungar-Sargon. Her tweet summed up the article perfectly:

Who needs the Daily Stormer when you’ve got the New York Times? An Orthodox Jew helps free more than 4,000 Black men from prison. NYT: A LOOSE ALLIANCE OF ORTHODOX JEWS USED THEIR MONEY TO UNDERMINE JUSTICE AND PUPPET MASTER THE PRESIDENT.

Then, in the New York Post, the writer was sure that Manhattan’s low Covid rate right now must be due to the fact that there are no large “congregations” of Hasidic Jews there, as opposed to Brooklyn and Queens. As if no one else helped spread this virus over the last year other than Hasidic Jews. (P.S. There are no large “Hasidic congregations” in Queens – not that we’d expect a writer who paints with such a broad brush to actually care to learn the differences between different Jewish groups.)

While one could be outraged with such blatantly anti-semitic articles being penned in an age when we are supposed to be all about “diversity” and “celebrating” minorities, trash like this actually puts a smile on my face.

A Makom member asked me yesterday, “Do you really believe that he 10 plagues in Egypt happened?”

I told him that I do, but I can’t actually relate to larger than life miraculous events the occurred over 3000 years ago. See, the thing is – I wasn’t actually there at the beginning of the Passover story – the parts about Abraham setting himself apart by establishing a relationship with one God and the Jewish people going down to Egypt and being miraculously rescued with a “mighty hand” and an “outstretched arm.”

What can I relate to instead is a part later in the Hagadah which says, “v’he sh’amda” – “in every generation our enemies rise up against us to destroy us, and the Holy One, Blessed be He, saves us from their hand.”

When the rabbis wrote those words thousands of years ago, they could not have known for sure that in later generations Jews would continue to defy the regular rules of society, always being more hated than everyone else and then miraculously recovering from that unfair hate. And yet in generation after generation, this teaching held up.

The rabbis couldn’t have known that the world would progress to a state of being so committed to sensitivity around minorities that people would suffer serious ramifications for saying something offensive about one, but that rule would somehow not apply to Jews.

It’s because one part of this ancient Haggadah is verifiable from my own experiences and knowledge of history, that it is not such a leap for me to believe the other parts of it are also true. So thank you New York Times and New York Post for your garbage antisemitic takes on my people. Next year in Jerusalem!

If Every Jew Dressed Orthodox, This Would Happen to Antisemitic Incidents